Since her divorce from Justin Theroux, Jennifer Aniston has been single as far as the general public knows but yesterday, the actress was caught in the company of a mystery man while out and about in Los Angeles. The two seemed pretty close as they hugged and kissed affectionately.

At the time however, they were not alone just the two of them since, when the paparazzi caught them on camera, Jennifer was leaving dinner with some friends.

After enjoying a meal, as they were parting ways, the star pulled the unknown man in for a hug and he even kissed her on the cheek as he wrapped one arm around her waist, sparking speculations that Aniston may have found herself a new man to love.

The woman was wearing a maxi skirt and a black top, looking as gorgeous as ever. 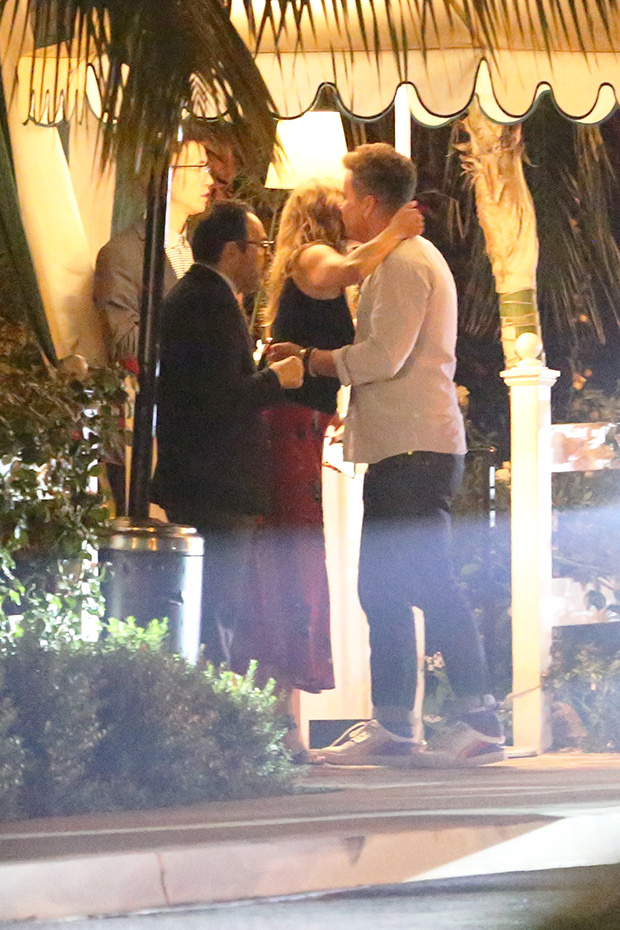 It definitely seems like she and her new male companion are very close, only it’s not clear in what way.

Jennifer did talk about the idea of dating again during an interview for Harper’s Bazaar last month.

‘My focus has been the show, so dating hasn't been one of my first priorities. I feel like whatever [romance] looks like, it'll present itself, and it is not about seeking it out, you know?’ she dished to the news outlet.

One insider also shared with HollywoodLife that ‘Jennifer is in a good place right now. She's really happy and she is not focused on anyone or anything other than herself and her work. She keeps herself surrounded by a small group of longtime, loyal friends and that’s it. She is so happy that she’s got her new show coming out and the Netflix movie has found success, but she is not putting energy into dating or men right now.’