Jennifer Aniston And Justin Theroux Finally Ready For A Baby? Inside The Reports They Hired A Surrogate

Ever since Jennifer Aniston married Justin Theroux, pregnancy rumors have followed the couple. Something as simple as a picture of Aniston with her hand on her stomach is proof enough for some tabloids that the actress is expecting a baby. Now, a new report claims that the Friends star has hired a surrogate, could there be any truth to the story?

In the new issue of Star, the tabloid features the headline, “Jen To Justin: I’ll Raise Our Baby Alone!” followed by a story that asserts Aniston wants to become a mom, and she will do it with or without her husband. The publication claims to have a source that reveals Aniston’s marriage is “on the rocks,” and she is planning to be a single mom.

“Privately, she has told friends that she’s secretly gone ahead and hired a surrogate mother to carry her child to birth. And she’s vowed to raise the baby alone,” tells the insider.

But then the source says the actress is hoping to choose the right woman soon, completely contradicting the earlier quote, which is a huge red flag that something isn’t right with this claim.

But many think the tabloid story is completely false and contradictory quotes prove the story is garbage, questioning why the insider is sharing such private and secret information with a tabloid.

This is the same magazine that published a story earlier this year claiming Aniston herself was pregnant, but then didn’t mention that at all in its latest baby claims.

Aniston told Glamour magazine back in August that not only are the pregnancy tabloid stories guilty of body shaming, but they are also an invasion into a private matter between her and her husband. She said it is no one’s business whether or not she has a baby.

Jennifer Aniston went on to say that the subject of having a baby is a sensitive topic for her, and no one has the right to judge other people’s choices.

What is right for her, may not be right for someone else; and, no one knows what goes on behind closed doors. 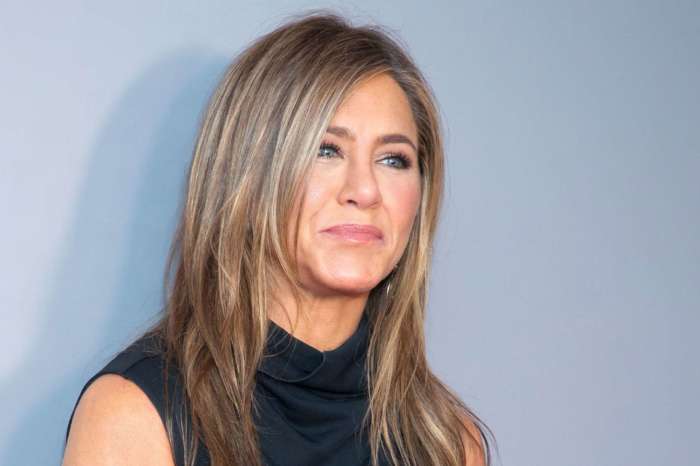