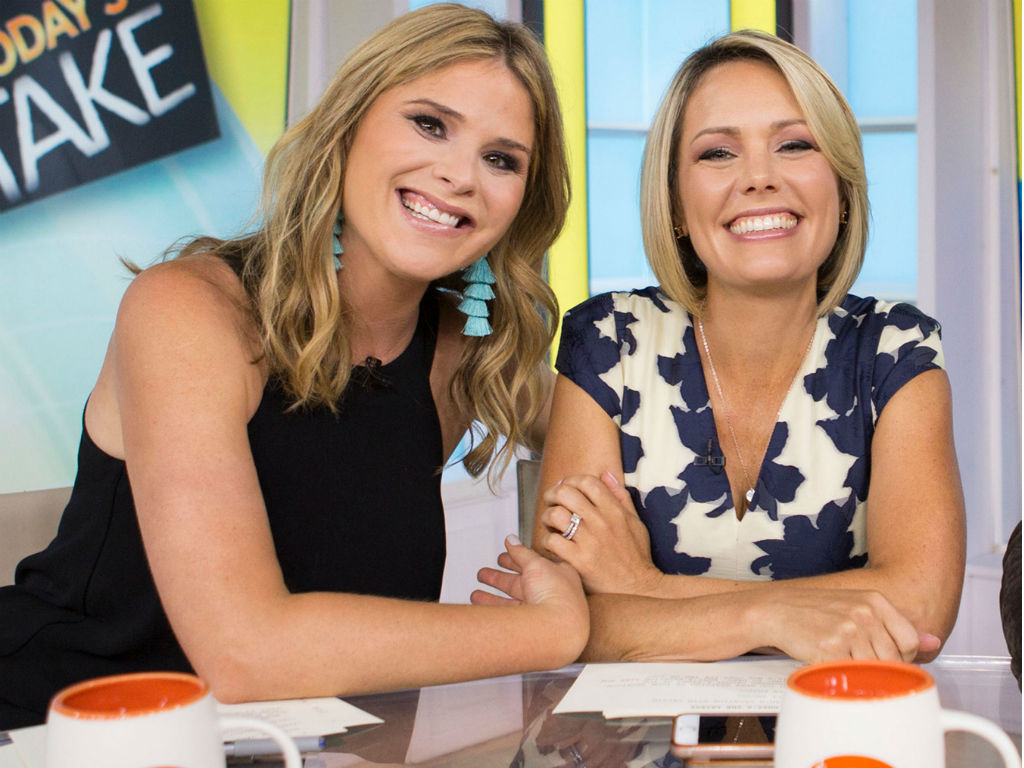 The Today show featured two cohosts sharing very personal news on Monday. One was full of joy and happiness, while the other full of sorrow and pain.

Jenna Bush Hager announced she is pregnant and expecting her third child, with her husband, Henry Hager. The 37-year-old revealed the couple told their two daughters, Mila, age 6, and Poppy, age 3, over the weekend. Once her little girls knew the good news, Hager decided it was time to go public.

“I couldn’t wait another day,” she announced before sharing a video of her and Henry letting the girls know the baby was a boy.

.@JennaBushHager told Mila and Poppy that she’s pregnant and they had the sweetest response! ♥️ pic.twitter.com/CqmYDUYEoa

What the former first daughter was unaware of as she prepared to announce her news, was her co-host and colleague, Dylan Dreyer, was going to open up about her struggles with fertility. After a relatively easy conception and pregnancy with her son, Calvin, Dreyer and husband, Brian Fichera, did not anticipate dealing with fertility struggles to have a second child.

Dreyer revealed she suffered a miscarriage this past winter and is now in the beginning stages of IVF (in vitro fertilization). The 37-year-old has realized making her son a big brother is not going to be an easy journey, but she is hopeful IVF will make her dreams come true.

The two ladies, sharing two very different stories, came together during the third hour of the Today show to discuss the mornings’ announcements. Both women were unbelievably supportive of each other, and conscious of how their story was impacting the other by sharing it on the same day.

“My heart sank for you. I think we have all struggled with something at some point, and you were brave enough to come out and talk about it in the same day,” Hager shared with Dreyer.

So @dylandreyernbc and myself were on the today show talking about our struggle with secondary infertility that COUNTLESS people deal with…..but that was more of a jumping off point to talk about emotions in general. We cannot compartmentalize our emotions. Pain is pain and joy is joy and we need to guilt free be able to enjoy the moments worth celebrating and we need to also allow each other have moments of guilt free pain. We are VERY lucky to have our beautiful son Calvin….but having him doesn’t make having a miscarriage any easier…so anyone dealing with ANY issues that they are keeping to themselves out of guilt please know that pain is pain and joy is joy. For instance today @jennabhager announced her family is expanding and that is such AMAZING news!!!! We couldn’t be happier for her!!! And she deserves to celebrate this joyous occasion guilt free! We cannot keep delegating emotions. #joyisjoy #painispain

Despite her heartbreaking story and fertility struggle, Dreyer has nothing but happiness for her cohost.

“I would never, ever want to be the reason you didn’t announce your pregnancy. This is so amazing. My sadness does not take away from your joy. I’m not even really sad right now. I’m just in a crappy situation, to be honest with you, and I am hoping it all works out,” Dreyer expressed to Hager.

Jenna Bush Hager announced she is pregnant with her third child on the same day her Today co-host Dylan Dreyer shared she is dealing with fertility issues. It was a morning full of happiness and tears, as both women were candid about their experiences. Best of luck to both Hager and Dreyer.