Jenelle Evans revealed the truth regarding her alleged drug use while pregnant. In an interview on Vince Russo’s The Brand, the star of Teen Mom confirmed she tested positive for THC while in the hospital giving birth to her baby, Ensley, last January.

The reality star stated, “I’m not going to lie about that,” she “tested positive” for the chemical compound commonly found in marijuana.

Child Protective Services asked her if she smoked while pregnant and she confirmed she did within the last thirty days. The organization told her they were not there to judge and merely wrote down her information.

Woke up, had no time to get ready. Love that I can throw on simple clothes and still look good, even at 6am! #MomLife. hoodie && #Dramastic black tee underneath. ??? #LinkInBio #SoComfy #SoftCotton #Merch @jeshopinc

According to the Teen Mom star, she has “bad esophageal spasms,” and throws up frequently and can’t eat, so marijuana helps with that. Following the birth of her daughter, she went home with her husband, Dave Eason, and the organization closed her file related to drug use.

Child Protective Services “closed the case,” and everything turned out just fine. However, they continued to perform routine checkups and made sure the baby was in a good home.

As you may know, Jenelle revealed in her book, Read Between The Lines: From The Diary of A Teenage Mom that she shot up heroin in the past. Sometimes, even four or five times in one day.

However, fortunately for the mother of one, she is no longer on drugs and can take care of her kids without problems.

Well, without drug-related issues, anyway. Sources close to the star revealed, “she is doing well and is happy with her new life. Motherhood changed her for the better, and it’s only looking up from here. Her husband is supportive, and they manage to live a balanced life every single day.” 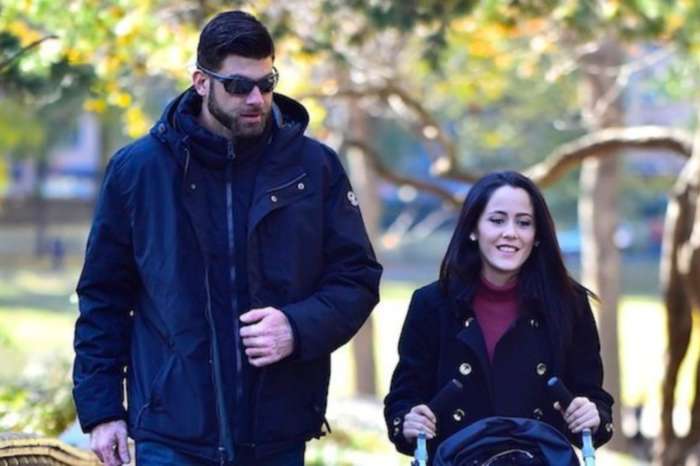 Lorde Slams People Who Always Give Her Acne Advice - Check Out The Video!