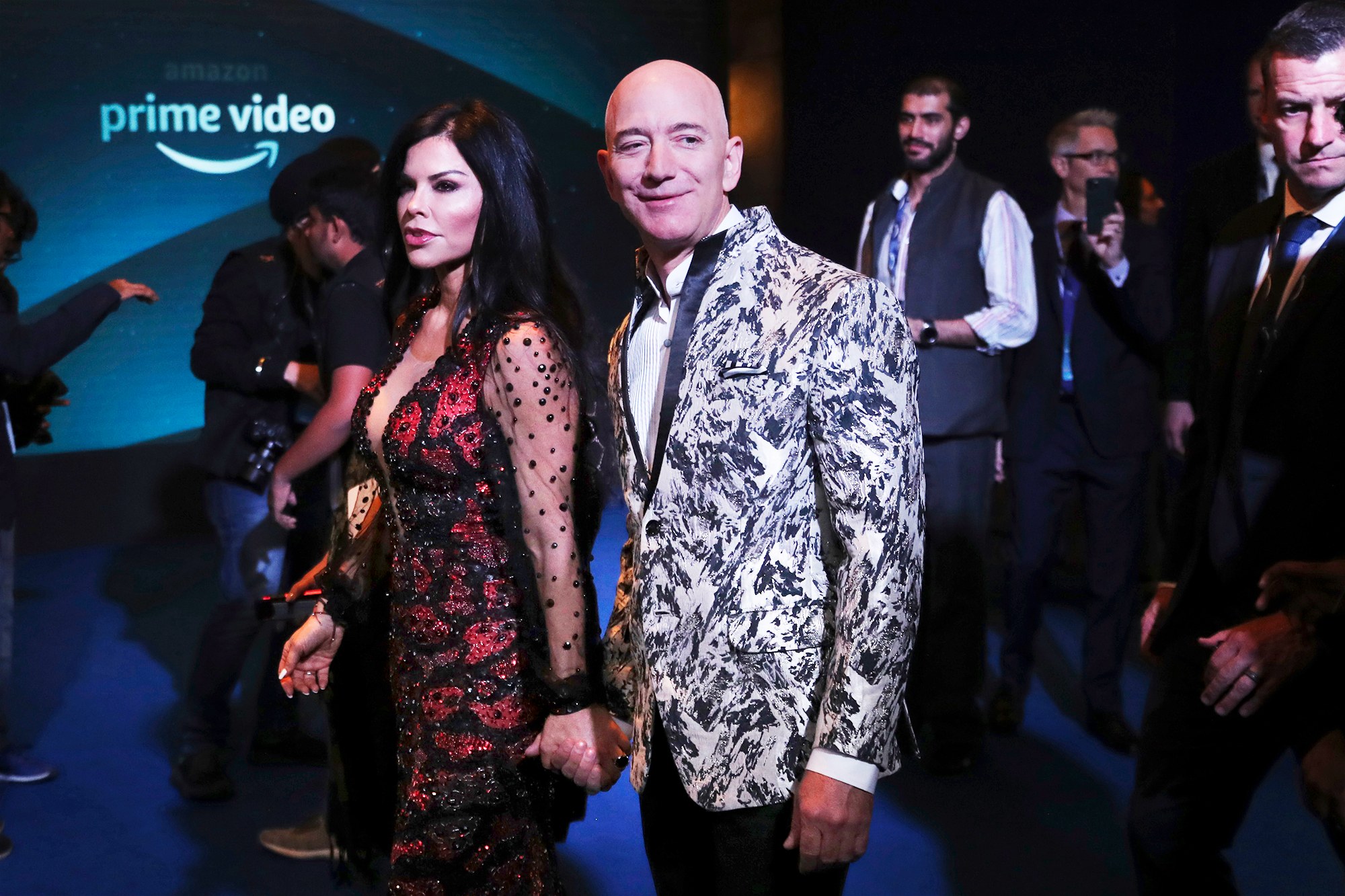 Jeff Bezos and Lauren Sanchez made their red carpet debut as a couple at an Amazon Prime Event overseas! The two made it official that they are together amid a lot of drama surrounding their relationship.

The pair were in Mumbai, India and that is where they attended the Amazon Prime Event that took place yesterday.

Both Jeff and Lauren were dressed appropriately for a red carpet event with him rocking a marble-like black and white tuxedo jacket with simple black pants.

In the meantime, Lauren donned a red and black dress that had a thigh-high slit and long, sheer sleeves.

The gown also gave a generous but still classy look at her cleavage and hugged her every curve.

The two posed together for the cameras and the seemingly genuine smiles on their faces suggest that they are really happy together.

It might be because they have been focusing on making it work ever since their affair was exposed about a year ago.

It was a really explosive scandal and both of them had to either divorce or separate from their previous partners to be together.

The Amazon CEO’s $35 billion divorce from MacKenzie Tuttle was finalized in April after it became apparent in the media that the two had had a falling out!

Similarly, Lauren filed for divorce from her husband that same month.

Ever since they ended things with their respective significant others, Jeff and Lauren have worked hard on their relationship, staying together through all the criticism and it seems like it’s only brought them close together.

While they’ve obviously tried their best to remain out of the spotlight prior to his red carpet event, they were still caught during the holidays, enjoying a getaway to St. Barth. How romantic!

A few days after, they were also spotted in the Caribbean.