Jax Taylor is a soon-to-be-married man. Which is why a seemingly flirty comment has landed him in hot water with viewers of "Vanderpump Rules."

Katie Maloney posted a group photo with some of the ladies of the cast including Brittany Cartwright, Ariana Madix, Stassi Schroeder and Kristen Doute.

The lovely picture received a comment from Jax. The average person would think that he would compliment his fiance, Brittany Cartwright, or the group as a whole since it wasn't a solo photo but the 39-year-old instead said: "Dammmmmm @Ariana ?? wow!!!!!!"

The remark garnered many responses from fans of the show deeming it inappropriate.

"@mrjaxtaylor what the h*** why are you flirting with Ariana in a picture that your fiance is it."

RELATED: Vanderpump Rules - Tom Schwartz Shocks Fans With This Bombshell About His Marriage To Katie Maloney

"Uh, that was mad weird if I was brittany i'd be so pissed. Jax will never change you know if he had a chance to sleep with ariana this moment he definitely would." 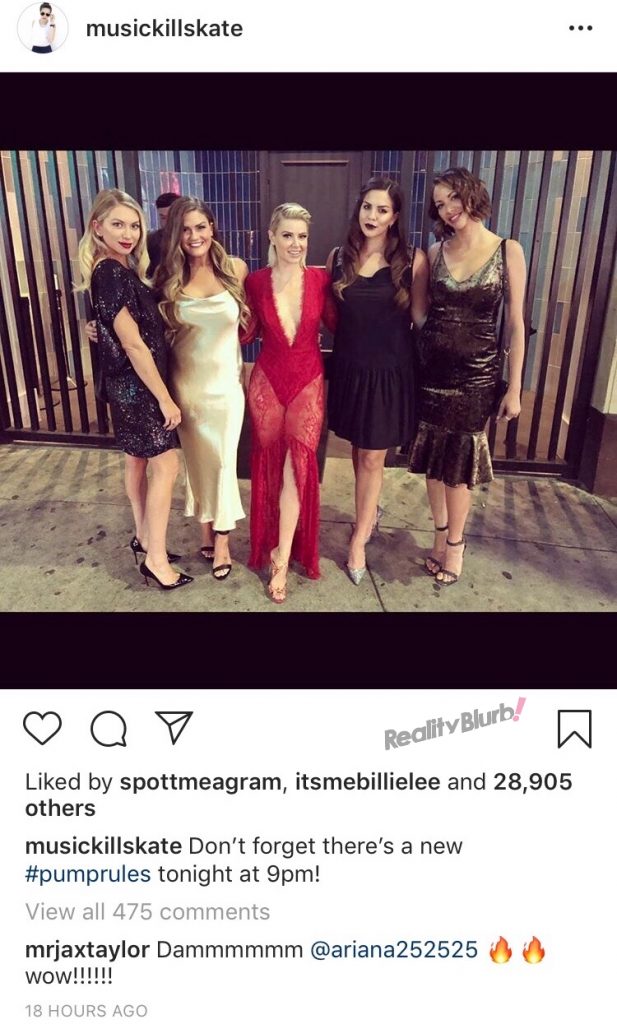 "@mrjaxtaylor you need to worry about making your girlfriend feel special who would publicly say that."

Some people defended the star, claiming that he was only being friendly.

The compliment would be more innocent if the SURver didn't have such a rocky past. It was just last year when Jax cheated on Brittany with a co-worker.

He's also said things about his best friend's girlfriend that would make you think twice.

In 2016, he reflected on cheating with Ton Sandoval's ex-girlfriend, Kristen Doute, while she was still in a relationship with the restaurant owner.

"If I could go back in time, I’d rather hook up with Ariana than Kristen [Doute], That’s for sure. It’s like night and day, apples and oranges. Just kidding. I would never do that to Tom… again."

He even went on to compliment her butt -- twice. Do you think what Jax said was inappropriate?