Jasmine Washington Is Upset After The Results Hadn’t Been Released! – When Will We Know?

As CI readers know, the main reason why many fans chose to watch the Love & Hip-Hop: Atlanta reunion show, was to see the results of the paternity test. The results would tell us if Kirk is indeed the father of Jasmine Washington’s son. And as our readers are aware of, fans of the television series were strung along and got nothing.

The results of that test had been teased for a while, so many people were waiting anxiously for the outcome.

According to sources, Jasmine herself is angry over the decision of the production not to reveal the truth for the world to know.

In love with my [email protected] ? Better pic mañana. Gn ??

A source who spoke to the publication HollywoodLife.com discussed the mindset of Jasmine in detail.

The insider claimed, “Jasmine is bitter and hurt that she did not get redemption with the release of the DNA tests during the LHH reunion special.”

“She is waiting just like everyone else and wants the world to know the truth. Is Kirk the father? She doesn’t know, and neither do her fans. But the truth needs to be revealed.”

“Not only that, but Jasmine needs child support, and if she knows who the father is, it’s possible for her to raise a better and healthy child.”

The source went on, “If the network producers can’t get Kirk to take responsibility, Jasmine is hoping the courts of Georgia will make it happen. Jasmine needs Kirk to do the right thing; she needs him to step up to the plate and have some integrity. It’s important for her to get some closure, that way everyone can move on with their lives.” And when we will find out? It’s time for the cast to get closure. 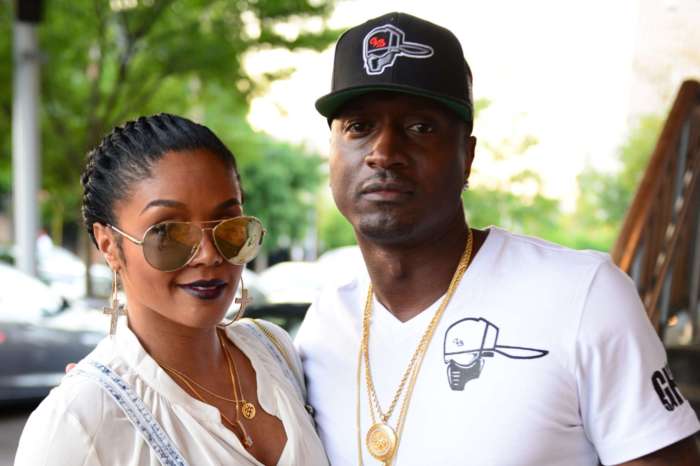 Sadly to say, no one wants to give up wat, they per say built together. First all Kirk did not make or build u as the Women u are today, God did that!! I’ve been a loyal fan of LHHATL since it first aired. This storyline, has played out apart of my life x2 and its real.. YES, they knew(the females that t had infildileties) with someone else’s man/husband, well aware, but as a true responsibility Lye’s both ways. That woman did not say I DO, til death do us part,thru better or worse. Or the one that says everyday for x amt of years, I LOVE YOU!!! STOP TRYING TO FIGHT THIS BATTLE, ONLY GOD CAN FIX THESE. PRAYING!!!

Kirk went behind Rasheeda’s back and got a DNA test on the child his WIFE gave birth to and he is refusing to find out if this one, made with a female he was dealing with on the side is HIS??? FOH!!!!

Wow if this it true then the network, kirk, rasheeda, and the state of georgia should be ashamed of themselves. The true focus should be that childs well being! Not protecting someone’s image, certainly not building someone elses up, but for the parents to know the next steps as far as coparenting goes. No one wants their dirty laundry aired amd also they are still real people it was still the focus of the season. Im disappointed as a fan because yall supposedly share the truth talk about speaking the truth but when the pressure is on can not reveal the truth. Why share if there will be no resolution?? Rasheeda although u may not have chosen this for ur story line, IT WAS!! The same smiling lets welcome him mother that u claimed on the reunion, should take at least .5% n focus on answèrs for this child n your family. Not carrying on like nothing ever happened!! Reading this article discussed me because I’ve been a single mother. Not a side chick, EVER, to be clear but a single mother, it should be about the child not business and secrets and make believe truths for a fictional fairytale ending. Thats all for now.

Lol it read so Jasmine can find out if Kurt is da dad lol what a tramp. Now she wants to find out but during the show she was 100%. Im so sick of this story line which seems like it’s tryna drag out for next season reason the show not tryna make it known at reunion. Im so done with it, Rasheeda needs to keep stepping before he gives her something he she can’t shake because it’s clear he don’t wrap it up