Jamie Otis took to social media to open up about suffering from a chemical pregnancy. The Married at First Sight star posted a pic that featured her and her one-year-old baby girl Henley Grace and talked about the emotional story in the caption.

Healthline explains that chemical pregnancies ‘account for 50 to 75 percent of all miscarriages.’

It apparently takes place early on in the gestational process ‘before an ultrasound can detect the fetus, but not too early for pregnancy tests to detect levels of hCG.’

‘Sorry I have been MIA, this bizarre positive pregnancy test then negative, then faint positive lines gave me hope that Gracie was going to become a big sis in nine months, but the night before last I started having terrible contraction-like pains and spotting. Then, over the night full-blown everything – if you know what I mean,’ the reality TV star shared in the Insta pic’s caption.

Otis was talking about a photo she previously shared a couple of days ago.

In the pic, she can be seen holding a negative pregnancy test but the star was obviously hoping for the opposite.

‘If I stare long enough I can see the faintest ‘+’ sign…Do you see it or am I just cray cray?!’ Otis asked her followers.

I believe in the power of positivity.?? I feel what you put out into universe WILL come to you.?And I know deep in my soul that prayers are answered.?? . If I stare long enough I see the faintest “+” sign…Do you see it or am I just cray cray?! ????? . I’ll take all the baby dust, prayers & positivity you wanna send our way! SO HOPEFUL RIGHT NOW!?????????? . This is obvs all for my friend, of course!? . . . #mafs #marriedatfirstsight #OG #babytime #pregnancyjourney #ttc #powerofpositivity #positivevibesonly #sprinkle #babydust #myway #hopeful #mama #goals #momlifeisthebestlife #mommy #mommyhood #preggers #preggo ??????

Her midwife has confirmed that the woman has indeed suffered from a chemical pregnancy.

‘I don’t know why some people have it seemingly SO easy to get preggers and carry their babies to term and others struggle?’ Otis went on in her latest post.

She also expressed just how grateful she is for her baby daughter and husband, Doug Hehner.

‘I am on a mission to make Gracie a big sis now,’ the celeb added, making it very clear that the chemical pregnancy hasn’t discouraged her from trying again. 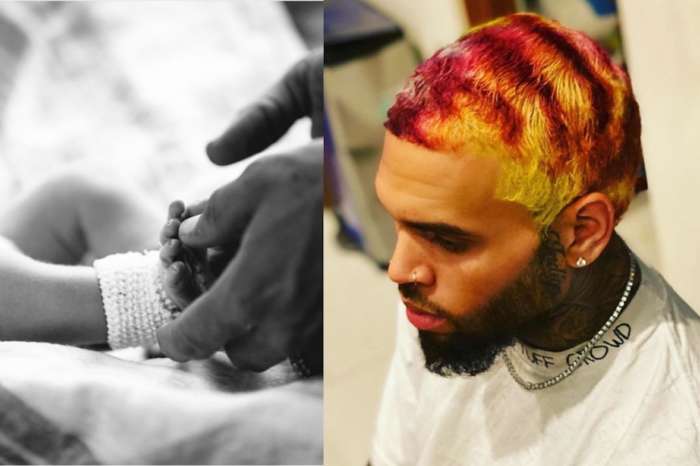