Dawson’s Creek star James Van Der Beek has a nine-year-old daughter named Olivia who is extremely curious about his six-season run on The WB teen drama. And, in the hilarious video he posted to his Instagram Stories on Tuesday, Van Der Beek attempted to explain the plot of the beloved series that ran from 1998 to 2003.

In the clip, Olivia mispronounces the name of the show as she asks the 42-year-old actor “Why is it called Dalson’s Creek? Is it because Dalson owns a creek and someone tries to destroy it?”

“Exactly,” replies Van Der Beek as he looks at the camera and laughs. “He owns a creek, and then someone tries to blow it up, so he has to use kung-fu ninja moves.”

“I can imagine you doing that,” says Olivia while she gives her best ninja impression. And, Van Der Beek confirms “that’s what it was. It was NOT about me whining and crying and being annoying on a creek. It definitely was not that.”

Of course, Dawson’s Creek fans know that last description was a lot closer to the truth, but Olivia will have to find that out when she gets older. Van Der Beek and his wife Kimberly are also the parents of Joshua, 7, Annabel, 5, Emilia, 3, and Gwendolyn, 19 months.

Van Der Beek starred as Dawson Leery on the teen drama alongside Joshua Jackson, Katie Holmes, and Michelle Williams. And earlier this week, Jackson’s new wife Jodie Turner-Smith posted a video on her Instagram Stories that featured the couple walking through a Home Depot as the Dawson’s Creek theme I Don’t Want To Wait by Paula Cole played on the store’s speakers. 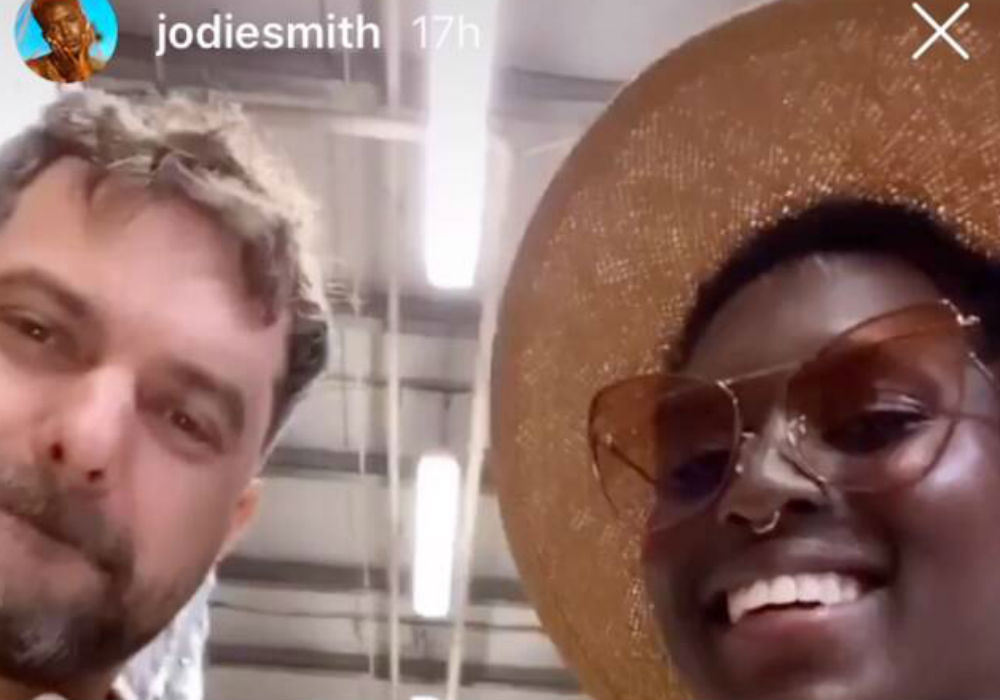 Turner-Smith sang along and smiled as Jackson rolled his eyes and asked “Is there something amusing you babe? In the caption, Turner-Smith - who is pregnant with her and Jackson’s first child - wrote, "You couldn't write this. Felt ALL THE FEELS when I heard this song. #PACEY4EVA."

Since Van Der Beek is an experienced father of five, he might have some good advice for Jackson. Last month, the Dancing With the Stars alum wrote on Instagram that nervous fathers-to-be do sometimes ask him for advice, but he tries to be careful because every kid is different.

“But one thing that feels pretty universal… is the value in trying to be present, and treating each moment as an opportunity for connection, “wrote James Van Der Beek. “No father is perfect – we’re all human and we all get overwhelmed at times – but if connection is your goal… you can’t really screw up. Even when you screw up. And you’ll probably find yourself happier than you ever have before.”