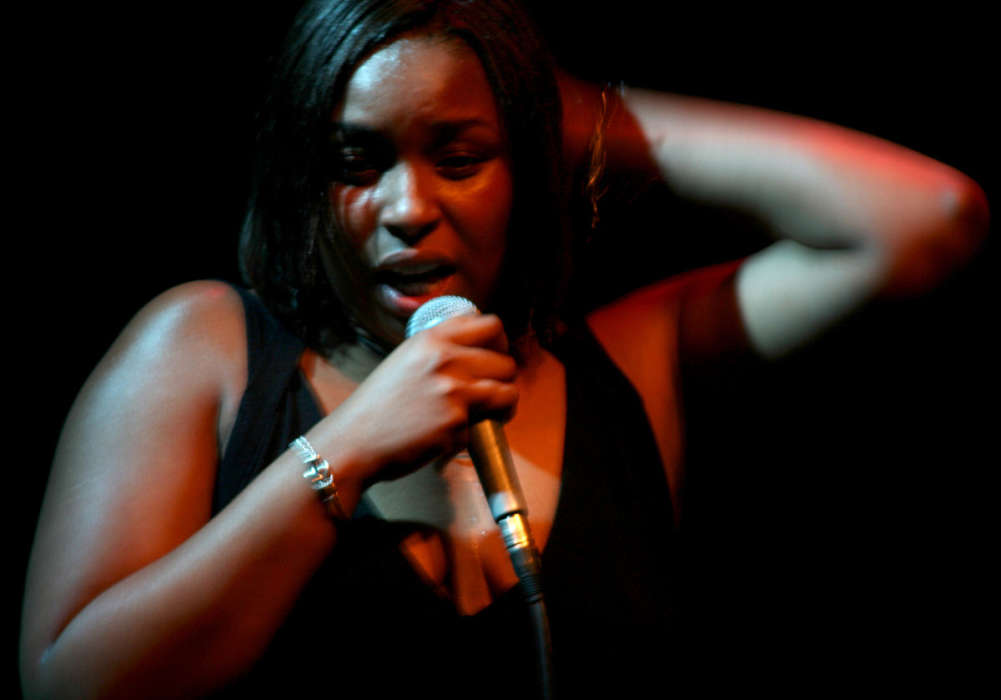 Jaguar Wright has found herself in the headlines once again. Hot New Hip Hop picked up on comments from Wright this week in which she had a special message for the Night School star, Tiffany Haddish, who’s currently in a relationship with the rapper, Common.

As most know, Wright has stirred a bit of controversy in the media and on social sharing platforms for her allegations against Common. Jaguar accused Common of sexually assaulting her one morning after she had slept over.

Interestingly, however, Jaguar did apologize to Tiffany for her accusations against Common. Wright said on her account that there was a person she should’ve addressed directly, and she was a “wonderful comedian” whom she had a lot of respect for.

According to Wright, she has a lot of respect for Tiffany Haddish. Apparently, another comedian, Luenell, is a mutual friend of theirs and she has always spoken highly of Haddish as an excellent person.

My most humble and sincerest apologies go out to the incomparable @tiffanyhaddish .. I began to look through your page and I just wanted to say I'm sorry if anything that I've done caused you distress … and you look fabulous in that suit … rockin it .. keep on being amazing be well God-bless you #sheready💋

As it was previously reported, Jaguar came out to say that Common had once tried fooling around with her while she was asleep one night. Neither Common nor Tiffany Haddish had responded to the claims, however.

As most know, Tiffany and Common have been dating for the last few months following a short burst of rumors and speculation. Fans wondered if they were dating due to a number of social media posts that featured them hanging out together, including an advertisement they did for the dating application, Bumble.

Moreover, Tiffany and Common did a couple of live streams where fans could see Common in the background. Not long after, Tiffany did an interview in which she explained how she had cut off all of her hair, and how Common supported her decision to do whatever she wanted.