Jacqueline Laurita, Of ‘Real Housewives Of New Jersey’ Fame, Might Get A Show On Another Network – Slams Teresa Giudice And Melissa Gorga

Jacqueline Laurita opened up about her exit from “Real Housewives of New Jersey,” being harassed by Melissa Gorga and Teresa Giudice, and the rumors that she might get a new show on another network.

Talking to Too Fab and Fox, the reality star said Bravo asked her to fake her relationship with the other cast members so she could stay.

Mrs. Laurita stated that she was unable to be a phony friend to a group of women who dislike her.

She said: “The show is about an ensemble of women who hang out, it was going to be hard to have that.They were worried about how we were going to make that work.”

Chris confessed that his wife is not an Oscar-winning actress and is unable to pretend to be nice to her costars.

The proud husband said: “The bottom line is, she’s not going to pretend to get along with someone that she doesn’t get along with.”

Jacqueline stated that Gorga and Giudice worked overtime to get her fired.

She revealed: “They tried [to influence the decision to have me gone]. But, I don’t think anyone has that kind of power. I think that maybe the housewives didn’t want to [film with me].”

Despite all the drama and madness that occurred, the pair said under the right circumstances they would return for season 8.

Jacqueline added: “You never know what the future will hold.”

Rumors are swirling around that she has been offered a show on a different network. 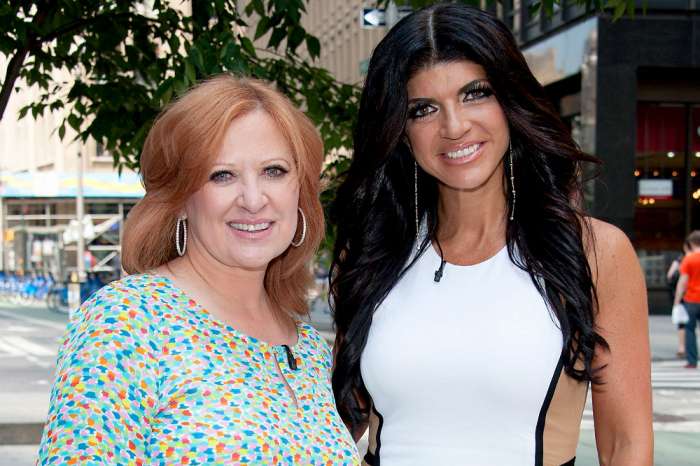 Thank goodness the Laurie as are out. Take those Manzo”s with you or at least Carolina and that horrible daughter. They (including Lauritas)are just a bunch of hypocrites and are a waste of airtime. I’m not a fan of most of the remaining Jersey wives, but the whining psychopath Jacqueline is nothing more than a quintessential s***stirrer with a really unstable obsession with Tre. This will hopefully give her more time to devote to her children so that her husband can establish an honest business to support them because othe rise we taxpayes will just keep on doing it for them.
P.S. Take the Wakelies especially that Richie

What a shame, the bullies won. Dreadful people. But at least she now can be fire day with decent people rather than jail birds

I don’t think I will like the show as much without them. This is a bummer!