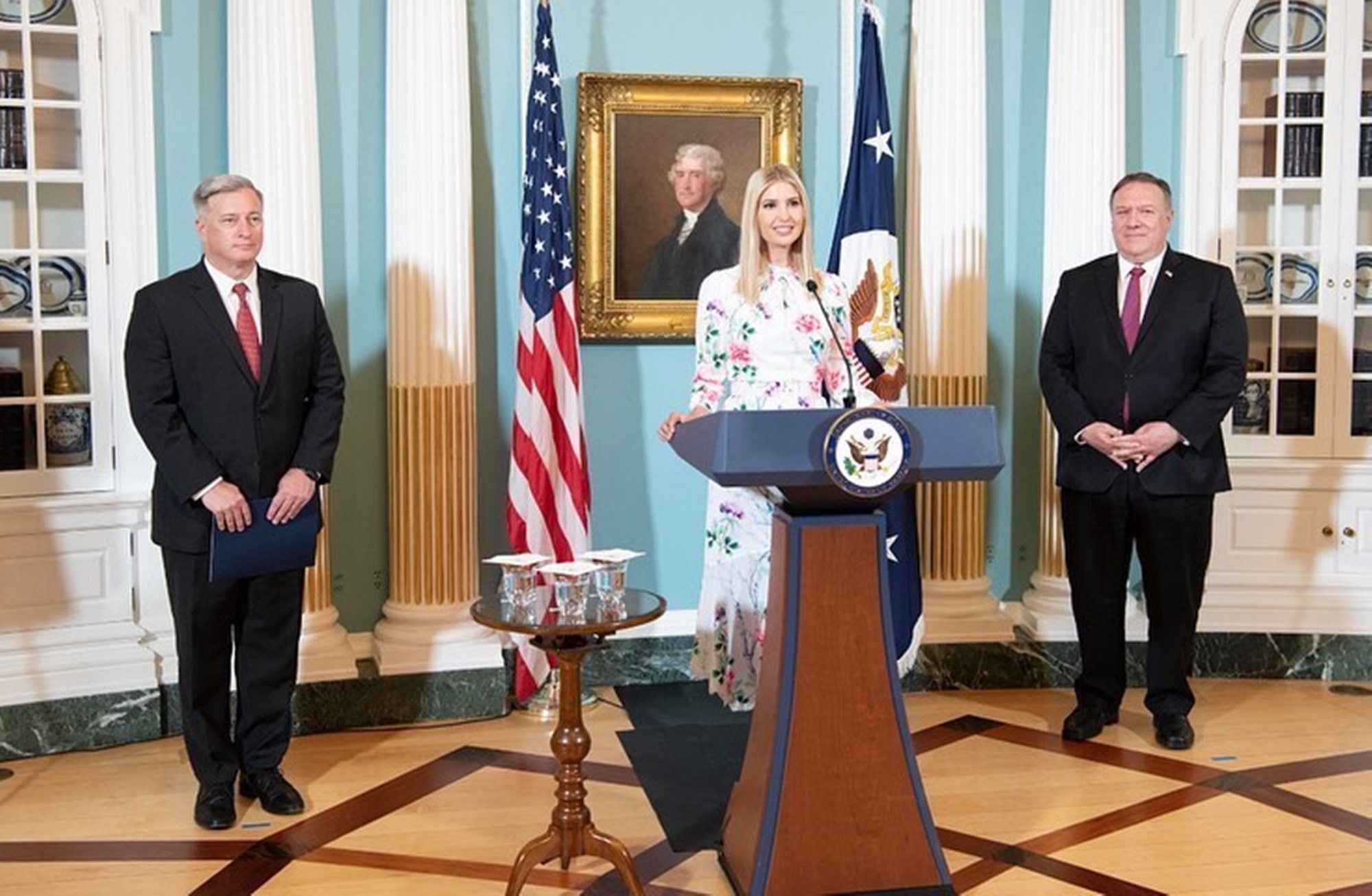 First Daughter Ivanka Trump is facing some intense backlash on social media after she opted to be the face of President Donald Trump’s latest initiative about “skills-based” hiring in the federal government.

Friday, Mr. Trump signed a new executive order that prioritizes skills over college degrees. Ivanka Trump, who has only worked for her father in her career, was labeled a “Nepotism Barbie” by critics on social media as the #ByeIvanka hashtag dominated Twitter.

Ivanka Trump and her husband, Jared Kushner, are both senior advisers to the Republican president. Naysayers argue that they do no deserve in such a position and that nepotism is a real problem in the Trump administration.

The federal government is the largest employer in the country, and Ivanka Trump is a co-chair of the American Workforce Policy Advisory Board.

@realdonaldtrump is a champion for America’s workers.‬ ‪Today he’ll sign an EO directing the US Government to hire on the basis of skills + knowledge rather than simply degree requirements.‬ ‪ President Trump built the most inclusive economy once and will do it again.‬ [📷 taken at the launch of our #PledgetoAmericasWorkers two years ago.] ‪ https://apnews.com/da3c08790765a57a4dc6a258d252acef‬

She said the following in a statement to the Associated Press: “We are modernizing federal hiring to find candidates with the relevant competencies and knowledge, rather than simply recruiting based on degree requirements. We encourage employers everywhere to take a look at their hiring practices and think critically about how initiatives like these can help diversify and strengthen their workforce.’”

Despite urging the private sector to follow suit, it is not clear if business leaders will support the administration in this area.

The president added: “The federal government will no longer be narrowly focused on where you went to school but the skills and the talents that you bring to the job.”

Over 16 Million new training + education opportunities are the result of our public-private sector #PledgetoAmericasWorkers call-to-action. Today @realdonaldtrump continues to create a more robust and inclusive economy by signing a Skills First EO that will put in motion a new paradigm of hiring not just on the basis of outdated degree requirements.

Critics went hard after the duo on social media. One of them stated: “So how does this help people who have spent 100k to get a master’s degree to switch careers but now won’t get a job because people with experience (old white people) can stay in their role or be hired??????”

Rumors have suggested in the past that Ivanka Trump is thinking about running for office in the future.