Is This The End Of Iron Man? Robert Downey Jr. Gets Emotional At ‘Avengers: Infinity War’ Premiere

Robert Downey Jr. had a lot to say during the premiere of Avengers: Infinity War. The Iron Man star gave an emotional speech ahead of the movie’s debut that left fans tearing up and laughing at the man who helped get the Marvel Cinematic Universe on the map. But did Downey’s stirring talk hint that he’s getting ready to walk away from the franchise for good?

It’s already been a decade since Downey starred in the first Iron Man film. Since then, Marvel Studios, helmed by Kevin Feige, has produced 19 movies, all of which connect with each other on some level. Although Downey’s original Iron Man started it all, the actor hesitated to take credit for the studio’s success – at least at first.

“This is a miracle. And if any one of us took credit it would be heresy. It would be blasphemy,” he shared, before adding, “Screw it… you’re welcome!”

10 years in the making… Thank you for all the support… The pleasure is all ours… @avengers #INFINITYWAR?PREMIERE #MCU and me… #represent #TeamStark and @marvelstudios #everydayeverynighteverywhere ?credit @jimmy_rich grooming @davynewkirk styling @jeanneyangstyle

After the audience stopped applauding, Downey started to reflect on his time with Marvel. According to Entertainment Weekly, Downey recalled the past 30 years of his career and commented on how it’s been quite the rollercoaster.

The actor talked about his problems with addiction, law troubles, and his road to recovery. While Downey has experienced a lot of challenges in his life, he was optimistic about what the future holds.

At one point in his speech, he pointed towards his fellow cast members and said that the future is bright. He then criticized the company for not being diverse early on but praised the studio for making changes. He cited the recent success of Black Panther and the upcoming Captain Marvel, which features the first female hero to lead a Marvel film.

In closing, an emotional Downey emphasized that the future of the Marvel Cinematic Universe rests in his new co-stars, hinting that he was passing the torch to a new generation.

Given how long Downey has been a part of the franchise, it makes sense that he is considering retiring and allowing the franchise to expand even more. With the first part of Infinity War finally upon us, the timing is perfect for Downey to take a step back and retire Iron Man for good.

Although this means that we probably won’t get any more solo Iron Man films in the future, it’s possible that Robert Downey Jr. reprised the role in a cameo or two. 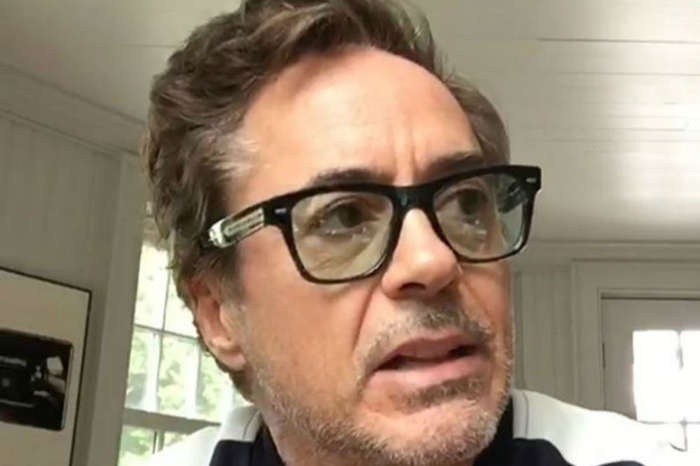