Is Beyoncé Pregnant Or Being Fat Shamed? The Beyhive Sounds Off 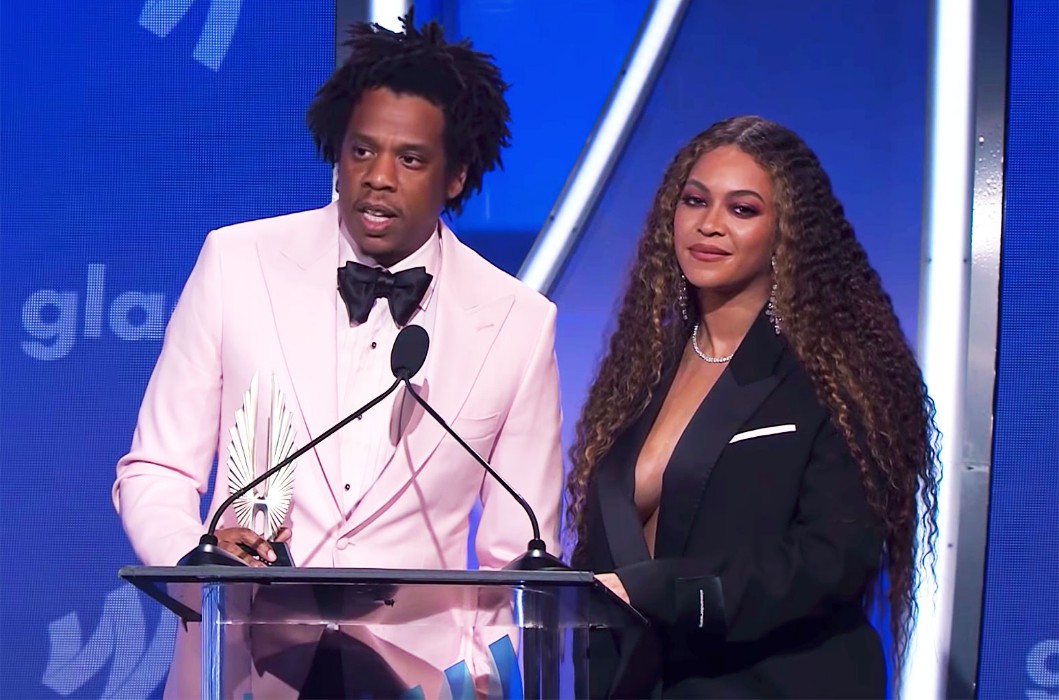 Beyoncé and Jay-Z accepted the GLAAD Vanguard Award and while each spoke of how their loved ones (Beyoncé’s late uncle and Jay-Z’s mother) are members of the LGBTQ community, the topic of conversation shifted from the wards to Beyoncé’s appearance. The Beyhive is sounding off as many people think Beyoncé and Jay-Z may be adding to their family (yes, they suspect Beyoncé may be pregnant), but others say she has simply gained a little weight and is being publicly fat-shamed.

As soon as Beyoncé and Jay-Z took the stage to accept the award, social media blew up with comments that the mother of three looked pregnant and rumors, as well as speculation, began circulating. Beyoncé wore an oversized jacket that covered up her stomach, causing even more people to think she may be pregnant with her fourth child.

The Beyhive quickly rose to Beyoncé’s defense and said enough of the judging and critical comments over her appearance. Some also pointed out that Beyoncé may have simply gained weight and the comments critiquing her constitute fat shaming.

News that Beyoncé may be pregnant went viral following the Vanguard awards.

Beyoncé and Jay-Z have three children: Blue Ivy Carter who was born on January 7, 2012, and twins Sir Carter and Rumi Carter, born on June 13, 2017, and are getting ready to celebrate their second birthday this year.

Not only are fans speculating that Beyoncé might be pregnant, but they have also mapped out the time between the twins birth saying that there is a window of opportunity for Beyoncé to add to their family again without taking too much attention away from the twins.

Beyoncé has not commented on whether she plans to have another baby or if she is currently expecting.

Those who think Beyoncé has simply put on a few extra pounds are not happy about the rumors surrounding Beyoncé.

Some have said enough is enough and that the criticizing and nit-picking over women’s bodies has gone too far. They have expressed that if Beyoncé is pregnant she will announce it when she is ready and that for people to constantly judge her by the size of her body is wrong.

What do you think? Do you think Beyoncé is pregnant or being fat-shamed? Wendy Williams Once Claimed She Would Leave Kevin Hunter If He Ever Got Another Woman Pregnant, So Why Is She Standing By His Side After Sharina Hudson Gives Birth?