Izabella St. James, who dated Hugh from 2002 until 2004, said the Playboy Mansion lost its mojo long before she lived there. In an interview with People Magazine, she explained, “It’s not all it’s cracked up to be.”

According to Hugh’s ex, “the grotto’s glory days” were during the 1970’s. The mansion famously features a “grotto” – a cave filled with water along with therapeutic jets and a couch just outside the entrance.

HEF. I have no words. Although I wrote a book about the 2 years I lived at the Playboy Mansion with Hef, I just don't have the words right now …. I will find the words tomorrow. Right now just tears. REST IN PEACE HUGH MARSTON HEFNER. ? #RIPHEF #HughHefner

When asked how she started dating Hugh, she said he “pursued” her in the “good old-fashioned way.” Izabella stated the experiences at the mansion were unlike anything else in her life; the Playboy lifestyle enamored her.

In a book which she wrote titled, Bunny Tales: Behind Closed Doors, St. James claimed she had spent “less than 15 intimate minutes” with Hefner during her time at the mansion.

When discussing his characteristics, Izabella said “he was flawed absolutely” but managed to – at the same time – be a “very complex” individual that a person can admire in many ways.

Hugh allegedly was an individual who wanted to create a world which catered to himself, one where he made the rules. Izabella stated if a person were to be a part of his life, they would have to accommodate to him rather than the other way around.

She continued, “so in a sense he was selfish, but every girl moving in there knew that.” Regarding the claims that Hugh “exploited” women, St. James said she’s undecided on the matter because she “saw empowerment” during her time there.

According to the ex-girlfriend of Hugh, he was a multi-faceted person, and there isn’t a definitive answer to the question. As for Hugh’s widowed wife, Crystal, she allegedly still lives on the estate even though it was reportedly sold last year.

In a report from CNNMoney, journalists claimed the house was sold to Daren Metropoulos in August of 2016. 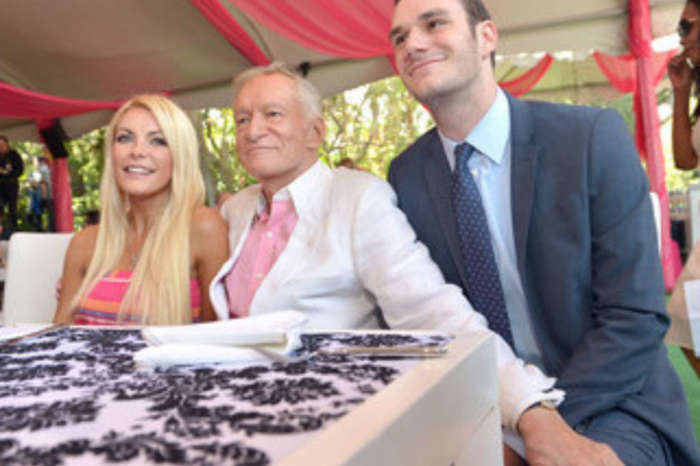