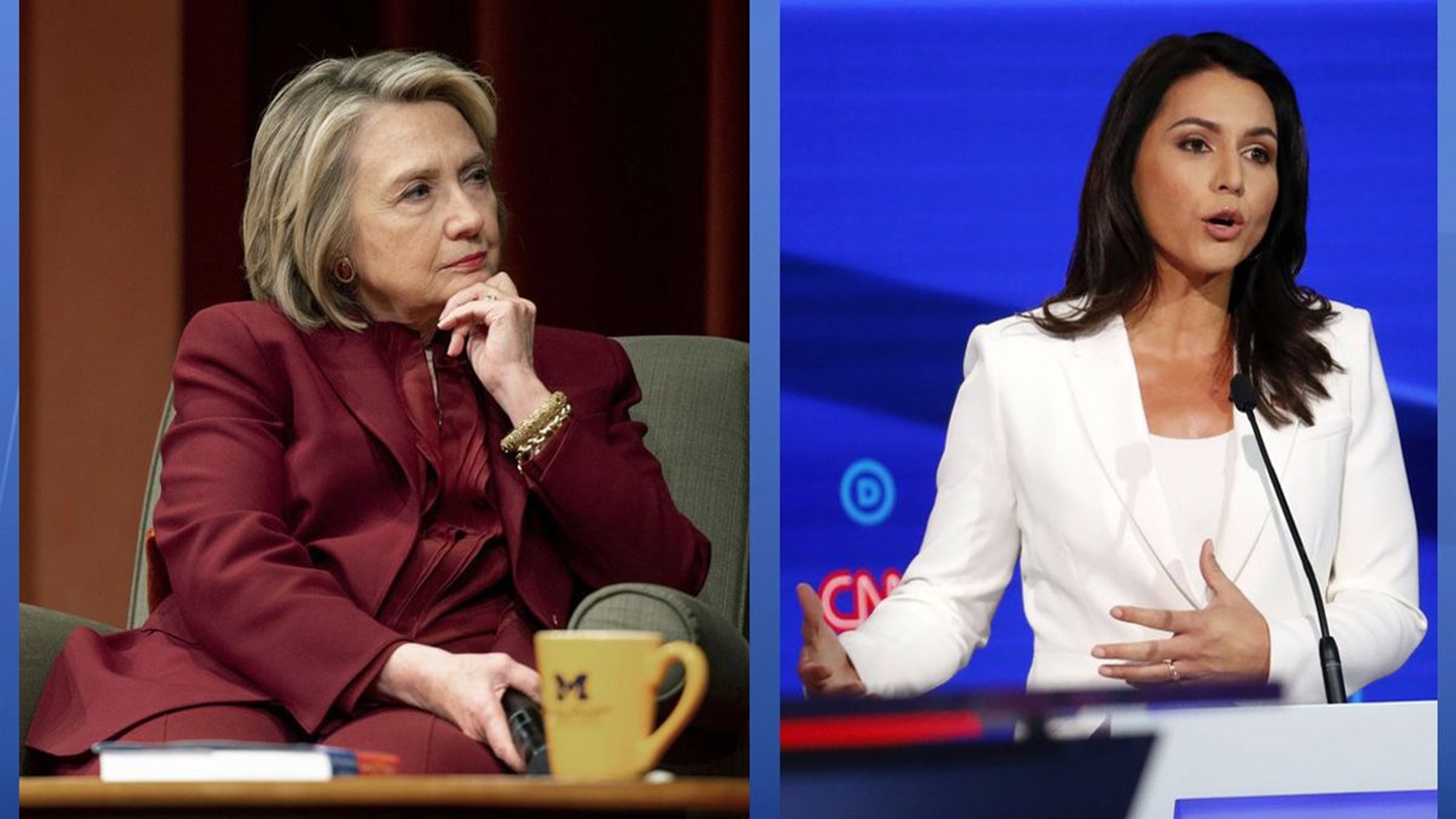 Hillary Clinton and Tulsi Gabbard are involved in a bitter war of words that led to a $50 million lawsuit.

However, if the former first lady continues to have her way, the Democratic congresswoman from Hawaii will never get her or her attorneys into a courtroom.

Gabbard, who is hoping but will unlikely win the Democrat’s 2020 presidential nomination, filed the lawsuit against Clinton based on the claims that she is a “Russian asset.”

Clinton said: “She’s the favorite of the Russians. They have a bunch of sites and bots and other ways of supporting her so far. And, that’s assuming Jill Stein will give it up, which she might not because she’s also a Russian asset. Yeah, she’s a Russian asset.”

Gabbard’s attorney, Brian Dunne, has tried twice to serve the former secretary of state with the lawsuit but in vain.

Dunne explained that the Secret Service agents made it impossible for the server to drop the documents on Tuesday at Clinton’s home in Chappaqua New York.

Dunne said: “I find it rather unbelievable that Hillary Clinton is so intimidated by Tulsi Gabbard that she won’t accept service of process. But I guess here we are.”

The server later tried to hand the papers to the Washington office of Clinton’s lawyer, David Kendall, but was turned away.

Via social media, Gabbard lashed out at Clinton saying: “Great! Thank you @HillaryClinton. You, the queen of warmongers, embodiment of corruption, and the personification of the rot that has sickened the Democratic Party for so long, have finally come out from behind the curtain. From the day I announced my candidacy, there has been a … a concerted campaign to destroy my reputation.”

She later tweeted: “We wondered who was behind it and why. Now we know – it was always you, through your proxies and … powerful allies in the corporate media and war machine, afraid of the threat I pose. It’s now clear that this primary is between you and me. Don’t cowardly hide behind your proxies. Join the race directly.”

Gabbard also appeared on FOX where she bashed Clinton for using “smear tactics” and added: “I have dedicated my entire adult life to serving our country, and for Hillary Clinton and her powerful allies to attempt to smear me and accuse me — really implying that I’m a traitor to the country that I love — is something that I cannot allow to go unchecked.”

Some say the former Bernie Sanders supporter is using the suit for attention.

Kelly Dodd Disses Vicki Gunvalson And Tamra Judge After Their RHOC Exit Announcements - It Will Be More ‘Fun To Watch!’