Sometimes, the paparazzi ca go too far and naturally, celebrities, especially when it affects their children, are not big fans of being stalked everywhere and losing their privacy and freedom. Hilary Duff took to social media to speak out about this after her son cried because of the people following them.

Being a star comes with not so great territory and many famous people have used their platforms throughout the years to speak about the many lines paparazzi sometimes cross just to get a picture or a statement from them.

As for the actress, she explained that three men kept bothering her while she was out with her two kids, Luca Comrie and Banks Koma.

They were so aggressive in their tactics that the son ended up shedding tears and that was the last straw for the mother of two.

‘Here I am just trying to get around with both my kids and I have paparazzi following me everywhere I go. 2 grown men, 3 actually, one of them's running away. Just following me and my children to every location I go to,’ she told her followers.

Obviously, Hilary was not at all happy to have her private time with the young ones interrupted and space invaded by the paparazzi.

She went on to say that ‘In a world where women are getting all these rights, this does not seem right to me at all.’ 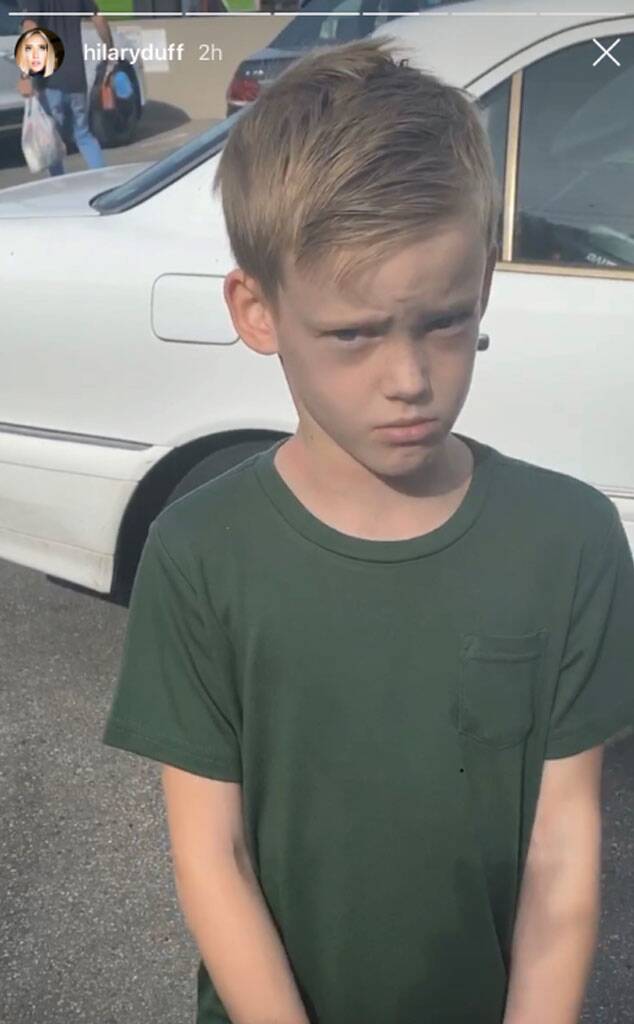 The next part of the video was of her son, who looked upset.

The mother asked him: ‘How much do you like that the paparazzi follows you? Makes you sad, huh? You hate it.’

Hilary Duff Might Be Coming Back To Music; She Wants To Collab With The Jonas Brothers

Hilary Duff's Husband Pays The Most Adoring Wedding Anniversary Tribute To Her!

Hilary Duff Announces That The 'Lizzie McGuire' Reboot Is Not Coming After All!