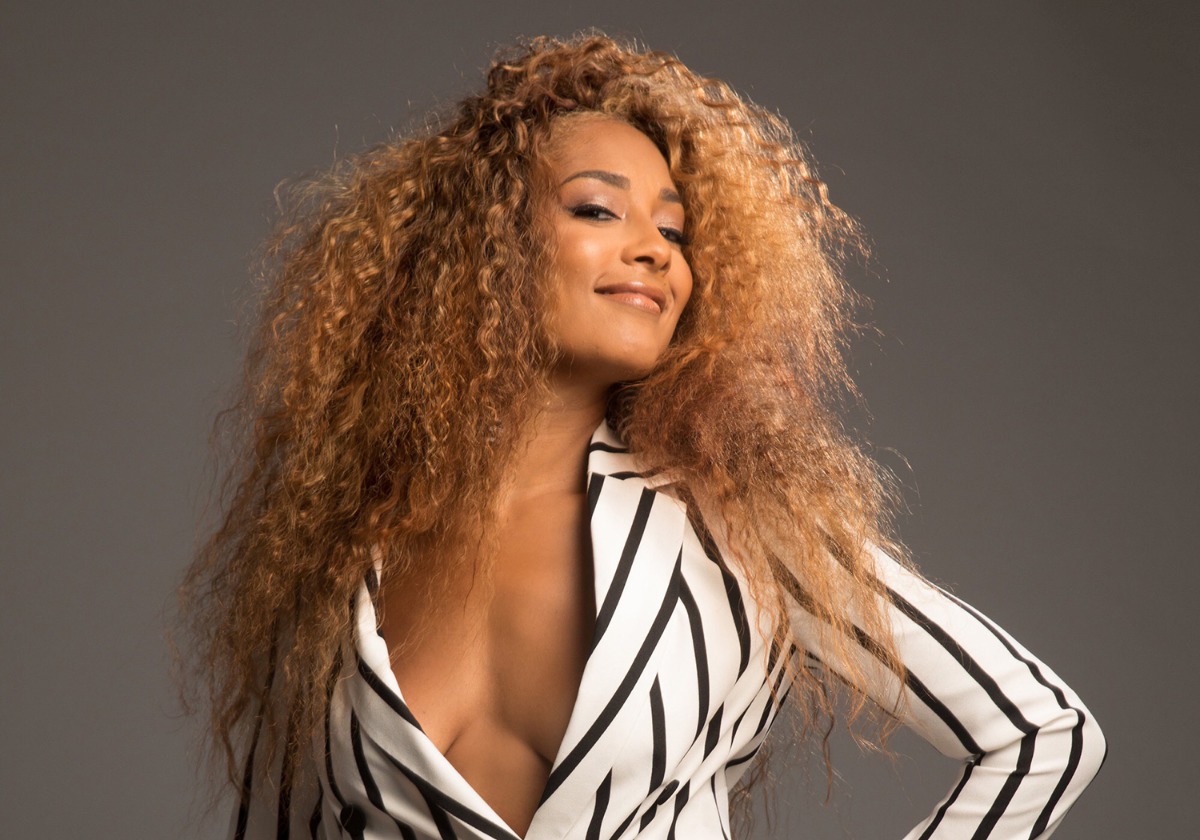 Amanda Seales brings a lot to the table when it comes to her spot on multi-cultural groundbreaking talk show The Real. In this case, fans believe that she may be too good for the series.

Amanda was recently named the permanent co-host that will be taking Tamar Braxton’s old spot. She is one of the stars of HBO’s Insecure, college-educated, and extremely outspoken.

She has been in riffs that were noticed by viewers with co-star Jeannie Mai and had a viral moment with a reporter from Extra.

However, in times where she may be holding something back verbally, viewers are often pointing out her facial expressions that speak for her.

During a recent episode, Loni Love started crying while she dove deep into her relationship with food.

The comedian explained: ‘Let me tell y’all, I did not know how to eat. Growing up in the projects, we just had to eat what we could. I know it sounds funny, but a lot of women in the African-American community, we don’t know how to eat because we grew up that way. So I’m trying to tell y’all, thank you to WW, because we wanted to do this to help our brothers and sisters — everybody, but I see y’all. I see y’all at my comedy shows and you’re like, ‘We need to get healthier,’ and that’s the reason we’re doing this. It’s just to make y’all aware of what’s happening in the community. You can eat and not starve and you can still lose weight. That’s the reason we’re doing this.’

#PressPlay: #AmandaSeales likes some tweets that explain her facial expressions when #LoniLove got emotional as she spoke about her eating journey 🎥: @therealdaytime

Amanda could be seen with a surprised face that lit social media on fire.

Many fans think that Amanda will not last on the show.

One person wrote in the Shade Room comment section: ‘Amanda is too real for the real. I don’t see this lasting long.’

Another added: ‘Amanda is way too qualified for this show. She does not fit in.’

‘Amanda Seales wants to talk about serious black issues not Loni crying about not being healthy. She knows that Loni is doing the most per usual and trust Loni will get her fired like she did Tamar,’ said one follower.

Do you think Amanda will last?

Totally agree not the right fit for the show. Too self righteous not that kind of show. We looking honest in depth like hearted conversation. Way too serious for the show not enough storytelling of her life. Not approachable nor relatable.

Amanda Seales is the bomb on that show. If everybody wants to say her face expressions shows how she is feeling about something, check out Loni, she gives good face expressions too. So what! I love those two for their REAL expressions, opinions & thoughts!

People always think they could read your face and they be wrong as 2 left shoes. Amanda will tell you what’s she is thinking. J/S

Nope. I don’t see Amanda lasting long on this show simply because she is not a likeable person period. To me her “faces” read as judgemental, condescending, and rude. There is nothing “real” about making rude, immature, faces as someone else is speaking. Even if u do not agree. Everyone keeps making a big deal about her studies and “oh boy she is so intelligent…”, and I think those same people are too intimidated by her to tell her the truth about her haughty personality. A lot of her commentary is off putting, incorrect, and makes me cringe. This show period is not as enjoyable as it used to be anymore. Especially since she came. Her vibe is a no.

Haven’t watched since she joined the Real.

I love Amanda Seales on the Real. I look forward to seeing and hearing her views every day! However, I too don’t think she will last very long on the show! She is way too intelligent and deep for this show! The only one closest to her in intelligence is Jeanie Mai. Don’t get me wrong though, I LOVE all these ladies!

I believe Amanda will be there as long as it works for her.Unlike the other ladies she doesnt have to be there she has a career.Do you think they had her come on and didnt know what they were getting?I think many of you are just very young and immature and cannot relate to a strong,pro black woman.Thesr days many of you cater for likes and going along with the crowd and dont follow your own mind.Amanda isnt for people who arent independent thinkers or who just kinda cares about being nice and what others think so they dont go againt the grain.

Amanda will last as long as need be give Peace A Chance we need to Unite but When or will we ever. GIVE PEACE A CHANCE stop president judgement against the girls on the Real

I love Amanda. However I do think she is far too intelligent for this fluff show.

I don’t like her at all on the real. She acts like she wants to argue with each woman. Like her answers about everything is the best answer. And she disses white people too.

I cant see her lasting that long either honestly. She is kind of boojie if you ask me, sooner or later its gonna backfire on her