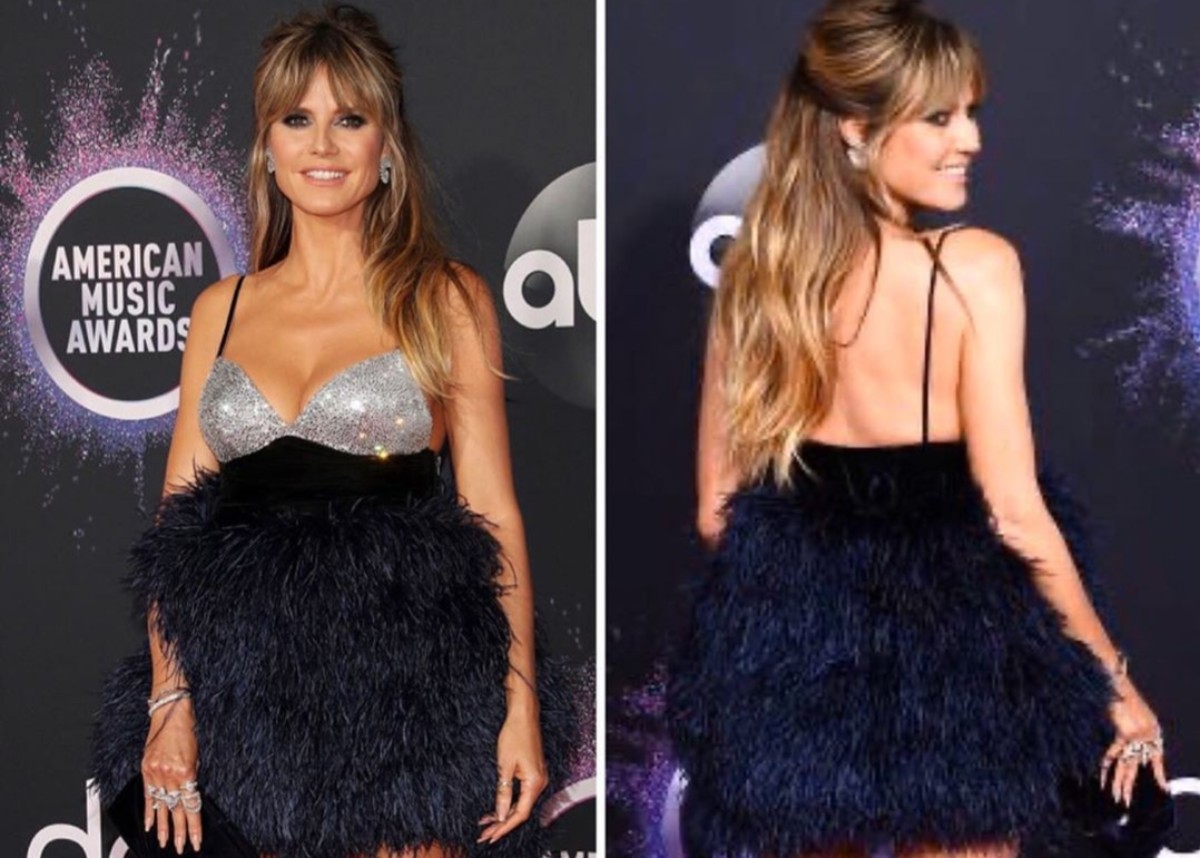 Heidi Klum presented at the 2019 American Music Awards and the supermodel left fans speechless when they saw her gorgeous outfit. Heidi wore a Monsoori mini-dress with a blue-black skirt covered in what appeared to be ostrich feathers. The waist was cinched with black fabric and the top was a strappy bralette covered in silver sequins. She paired the dress with the latest footwear craze. They are called the Malibu pump and they’re designed by Steve Madden. The Malibu pump is covered in over 2000 silver rhinestones, giving the shoes a reflective appearance. Heidi attended the AMAs with her husband Tom Kaulitz.

Rob Zangardi and Mariel Haenn (R&M) styled Heidi for the event and both shared photos of Heidi as she walked the American Music Awards Red Carpet.

Celebrity hairstylist Lorenzo Martin styled Heidi’s long, blonde hair. She had a full fringe of bangs that drew attention to her eyes while Lorenzo pulled the top portion of her hair into a clip with plenty of volume on the crown. The rest of her hair flowed past her shoulders and framed her face.

You may see the photos of Heidi Klum that Mariel Haenn shared with her 172.1 k Instagram followers below.

Heidi’s outfit was gorgeous but people were dazzled by her glamorous pumps. In fact, Steve Madden shoes began trending after the American Music Awards as people wanted to know just what shoes Heidi Klum was wearing. The shoes are quite affordable and are approximately $113 on the official website.

In addition to the 2000 rhinestones that make the shoes have a mirrored effect, the shoe features translucent panels on the side.

You may see the shoes that Heidi Klum wore with her Monsoori mini dress below.

Mirror Mirror…. We’ve made the chicest shoe of them all. Presenting the MALIBU-R. Dripping in over 2,200 rhinestones.

It wasn’t just Heidi’s shoes that drew praise, but her jewelry as well. Heidi accessorized her outfit with earrings and rings from Yeprem and the pieces were stunning.

You may see up-close photos of the jewels that Heidi Klum wore to the American Music Awards below.

Sabrina Bedrani did Heidi’s makeup that was heavily focused on bringing out her eyes. Heidi’s skin was flawless Sabrina chose a nude color for her lips.

What do you think of Heidi Klum’s Red Carpet look? 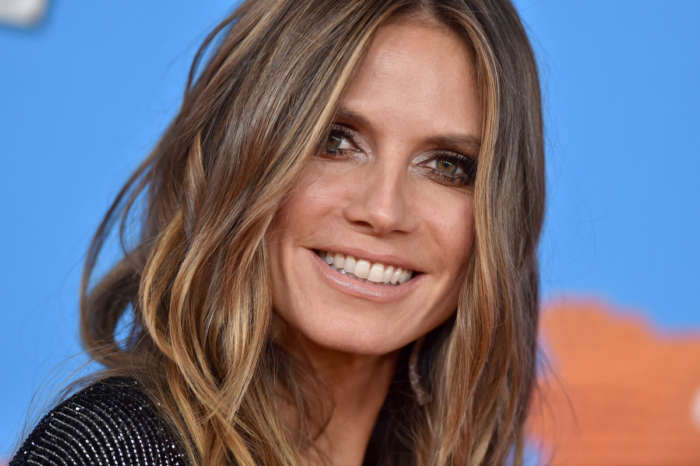 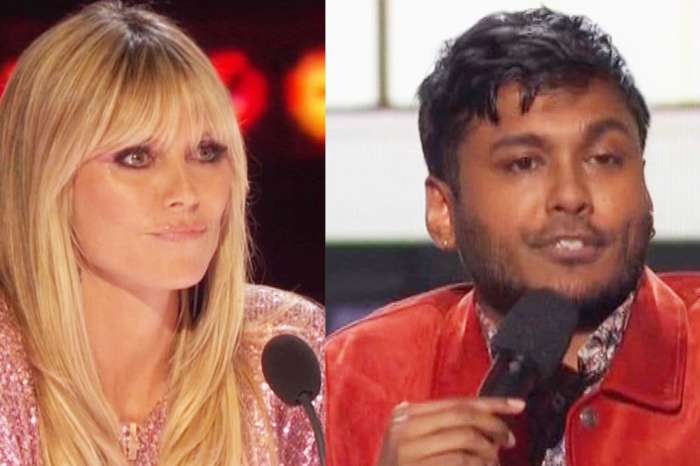 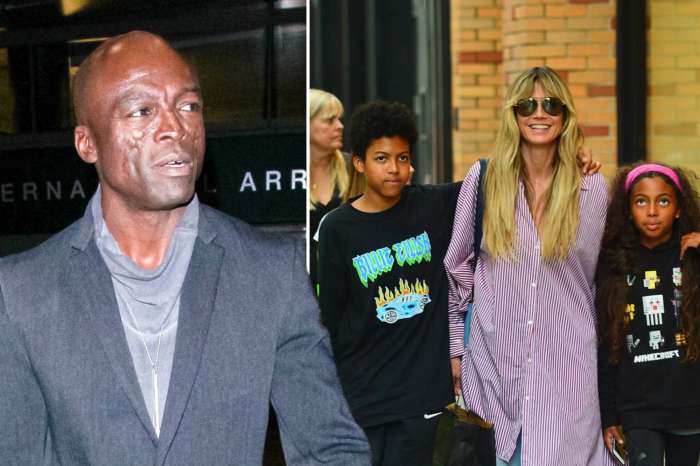 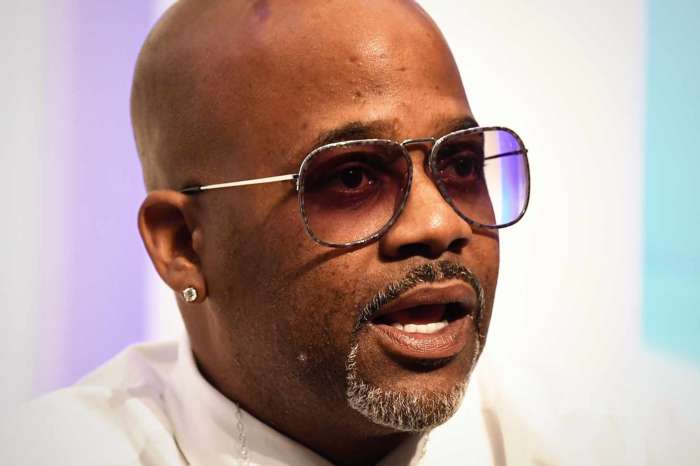