Heidi Klum is a fan of wearing blazers as mini dresses and is often seen wearing the garment without pants or a skirt. Sharing a recent photo slideshow with her 7.6 million Instagram followers, Heidi showed off a sexy look where she wore a green blazer by Dundas as a dress. She paired the blazer with lace-up heels and showed off her toned legs. Heidi explained she was doing late-night fittings and tried on a variety of different looks — most of them were above-knee to mini.

Heidi posed for the photo with her head turned towards the side, letting her hair hide her face. Striking a model's pose, Heidi stood with her feet hip-width apart and placed her hands on her waist for the shot. A white and gray, fabric-covered ottoman was positioned behind her. The pose gave an excellent view of the blazer that features double rows of large buttons in the front f0r a classic, double-breasted closure.

For footwear, Heidi Klum wore the Satin Venus Slingback shoes from The Attico. The shoes are made in Italy and retail for about $650. You may see the photo that Heidi Klum shared on Instagram below. 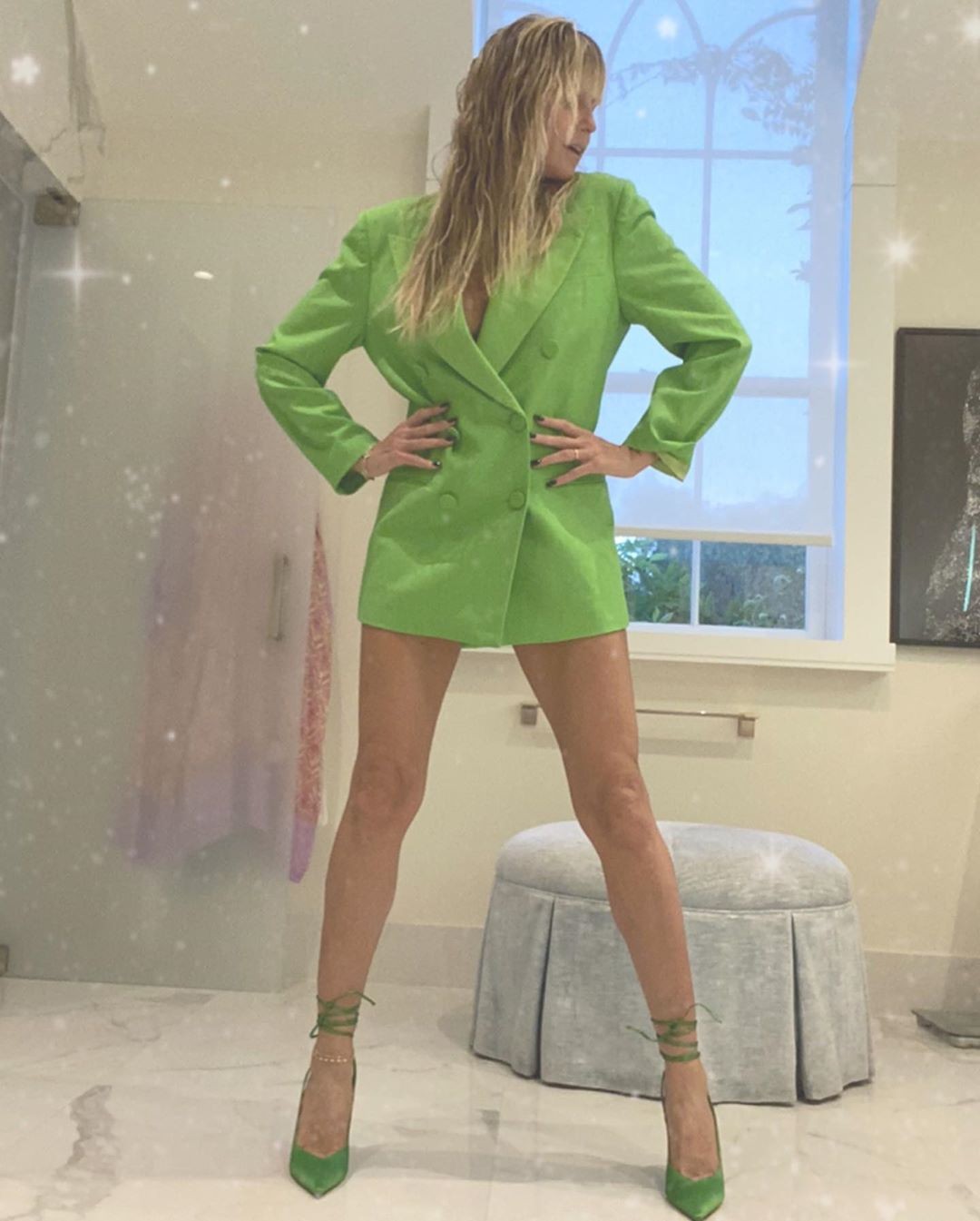 Heidi Klum can be seen in a number of hosting and judging projects that she is involved with. She is a long-time judge on NBC's America's Got Talent and she has been with Germany's Next Top Model since the beginning of the show.

What do you think about Heidi Klum's Dundas Blazer mini dress? Do you like the look? Have you ever worn a blazer as a dress? If you feel a blazer as a mini dress is too short and you want something a little more conservative, you can always pair a blazer with a pair of shorts and get a similar look.

Heidi Klum Goes On A 'Date Night' With Tom Kaulitz, Wearing A Small Top And A Miniskirt

Supermodel Heidi Klum in a 'predatory' total bow, walked with her husband in New York