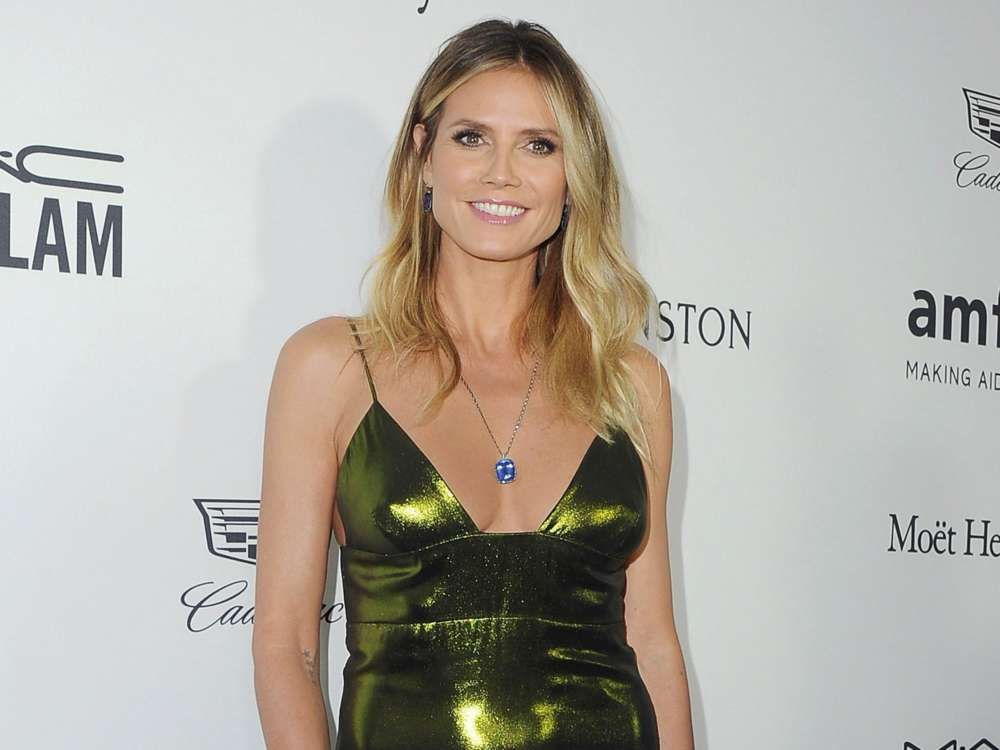 Heidi Klum is waiting for her COVID-19 test results. On Instagram on Saturday, Heidi Klum revealed that she and her man, Tom Kaulitz, got themselves tested for the new virus that’s sweeping the world and shutting down businesses everywhere.

Approximately one day before, Klum said to her fans online that she wasn’t able to get tested, even though she went to not one but two different medical doctors. The star explained that she and Tom have been feeling sick for the last week, however, they weren’t able to get the proper testing.

According to the model, she and Tom are now staying apart from each other until they get the tests back. The model added that they didn’t want to take a risk of spreading the virus to each other or anyone else, so they chose to take some time off from each other.

Klum added that “social distancing” is what everyone in the world needs to do right now to thwart the spread of the illness. On Tuesday, Heidi went home sick after reporting that she didn’t feel well on the set of America’s Got Talent.

Entertainment Tonight reported on Wednesday that Eric Stonestreet was going to take her place. Thus far, many networks have taken precautionary measures against the spread of the COVID-19 virus, including stopping the production of some of the biggest shows on the air.

Like many of you, I also have been sick all week and, unfortunately, my husband who returned from his tour a couple of days ago is also feeling ill. To be safe, we are staying apart until we get the results of our Coronavirus tests (that we were finally able to get today) back. We don’t want to spread germs and risk others getting sicker… even each other! As much as I want to embrace him and kiss him, it is more important to do the right thing and not spread further. ❤️ These are strange times… but in these moments, you remember what’s really important- the people you love and keeping them safe. Social distancing is what we all need to do right now to be responsible citizens of the world. We are all in this together and it is up to us to protect our loved ones, and our neighbors and our communities. Please listen to the officials and stay at home if you can and physically distance yourself from other people… especially if you are not feeling well. I see all the beautiful things people are doing for each other all over the globe and that gives me hope! Sending all of you love and positivity and healing vibes… together we can get through this but we need to be proactive so that we can all have a bright and healthy future. 🥰😷✌🏻🧼❤️ #socialdistancing #washyourhands #stayput #bekindtoeachother

For instance, on Thursday, Fremantle, the entertainment organization, revealed that America’s Got Talent would no longer be taped in front of a live audience due to fear of contamination. Some of the other shows to go down in the face of the viral epidemic includes Family Feud and The Price Is Right.

Additionally, they had to cancel the Card Sharks. Celebrities and public figures have been talking about the coronavirus incessantly in the last few weeks, especially as cases continue to climb around the world.

Earlier today, the coronavirus task force, assembled at the direction of the president, Donald Trump, revealed that in addition to the ban on European travel to and from the United States, tourism from the United Kingdom would also be banned on Monday night.

Heidi Klum Shows Off Her Legs With These Orange, Satin Pumps — See The Look!