Heidi Klum is showing off her flawless figure and flaunting her curves in new photos that she posted to her Instagram story. The 47-year-old mother of four has amazed fans throughout the nineties and turn of the century as she has maintained her Victoria's Secret runway figure without ever missing a beat. The host of Germany's Next Top Model never ceases to amaze her followers with her youthfulness and beauty and her new bikini photos are no exception.

Heidi Klum wore the Marmorata bikini that is part of the Hamalfite mix and match collection. The print is called the pizza and spaghetti and the bikini pays homage to high-waisted bikinis from the seventies. You may see a photo of a model wearing the bikini below.

It isn't just Heidi Klum 's flawless figure that is age-defying but it is her face as well. Heidi is one of few celebrities who regularly ditches makeup and poses with her bare face on display. She hardly looks like she is approaching fifty-years-old and looks half her age. Heidi recently covered Vogue Germany with her 16-year-old daughter and aspiring model, Leni.

Heidi Klum Wants To Legally Change Her Name As Filming For America's Got Talent: The Champions Kicks Off

Heidi wore the Marmorata bikini and posed for an indoor shot. She kneeled on the floor and lifted herself up giving the camera a good view of the bikini. Heidi wore her long, blonde locks swept the side and showed off her tanned skin as she smiled at the camera.

If it weren't for Heidi's children, one might never believe she is middle-aged! She has passed her beauty on to her children and many are excited to see where Leni Klum's modeling journey takes her.

You may see a photo of Heidi Klum's daughter Leni as she held up the Germany Vogue issue where she and Heidi covered the magazine below. 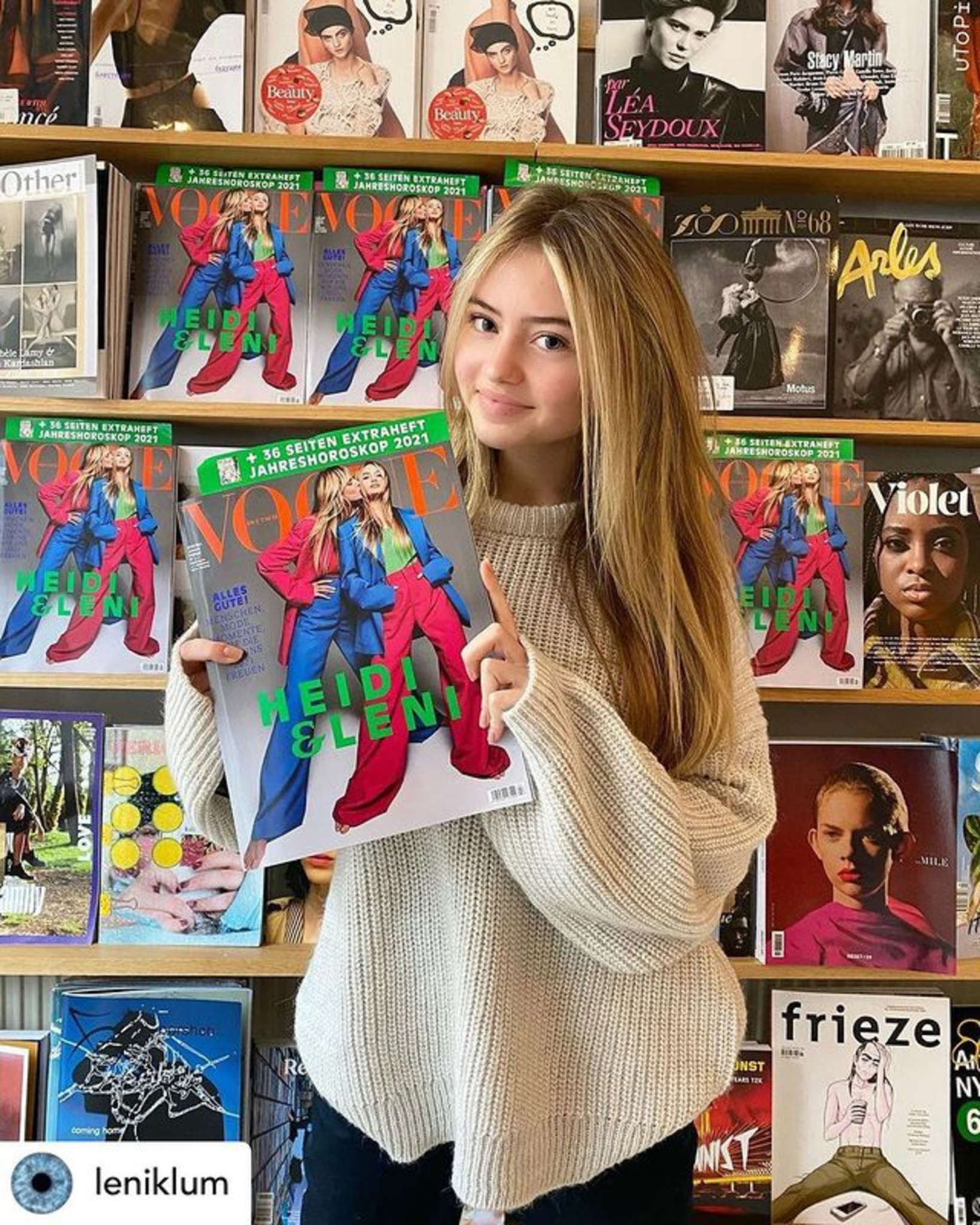 What do you think about Heidi Klum's Hamalfite bikini? Are you stunned by Heidi's age-defying youthfulness?

Heidi Klum Goes On A 'Date Night' With Tom Kaulitz, Wearing A Small Top And A Miniskirt

Supermodel Heidi Klum in a 'predatory' total bow, walked with her husband in New York