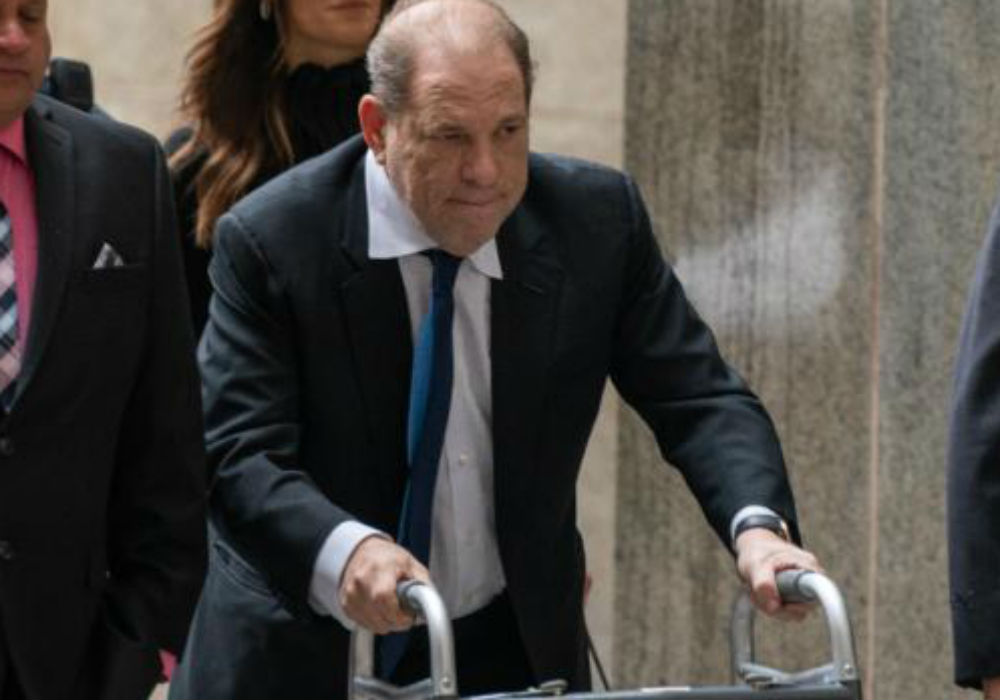 After a jury found him guilty of rape in the third degree and a criminal sex act in the first degree, disgraced Hollywood producer Harvey Weinstein has officially received his sentence. On Wednesday morning, Justice James Burke handed down a harsh penalty of 23 years in prison for Weinstein’s crimes.

Weinstein was facing a maximum sentence of 29 years – 25 for the criminal sex act and four years for the rape.

23 years for Harvey Weinstein. @mega2e and I just witnessed it for ourselves. Weinstein was cuffed to his wheelchair then rolled away. The women who testified sobbed afterwards. Irwin Reiter, his accountant of 30 yrs who secretly helped us break the story, sat just behind.

According to Page Six, last month a jury convicted the 67-year-old of the third degree rape charge for his 2013 attack against hairdresser and aspiring actress Jessica Mann. Weinstein was convicted of third degree rape for a 2006 incident where he forcibly performed oral sex on former Project Runway production assistant Miriam “Mimi” Haleyi.

All six of Weinstein’s accusers were in the 15th-floor Manhattan Supreme courtroom for the sentencing, including former The Sopranos actress Annabella Scirorra and White Men Can’t Jump actress Rosie Perez. Supporters lined the hallways of the courthouse and applauded the group of women as they made their way into the courtroom.

Weinstein – who was in a wheelchair and wearing a navy blue suit – did speak at his sentencing hearing, even though he opted not to testify at his trial.

“First of all to all the women who testified you may have given the truths…I have a great deal of remorse for all of you,” said Weinstein.

He also referenced the #MeToo movement, saying: “We are going through this crisis right now in this country. The movement basically started with me…now there are thousands of men who are being accused.”

CNN: Harvey Weinstein has been sentenced to 23 years in prison by Judge James Burke.

For Criminal Sexual Act in the 1st degree: 20 years in prison

For Rape in the 3rd degree: 3 years prison

The sentences will run consecutively.

The former Hollywood kingpin added that he had a “wonderful time” with his accusers and noted that he was “totally confused” by the situation. He also claimed that “men are confused” and he is “worried.”

He also attempted to downplay the powerful role he had in Hollywood by calling his Miramax movie studio a “small firm” at the “height of its fame.” He claimed that he wasn’t about power, but was instead about “making great movies.”

Harvey Weinstein said that if he could do it all over again, he would focus more on his children and family instead of caring about movies.

Before the sentencing, Weinstein’s lawyers argued for a minimum sentence of five years because they claim anything more than that is a “de facto life sentence.” Weinstein’s attorneys have said they will appeal the conviction.

Toni Braxton's Latest Video Has Fans Freaking Out: 'It Looks Like The Coronavirus!'