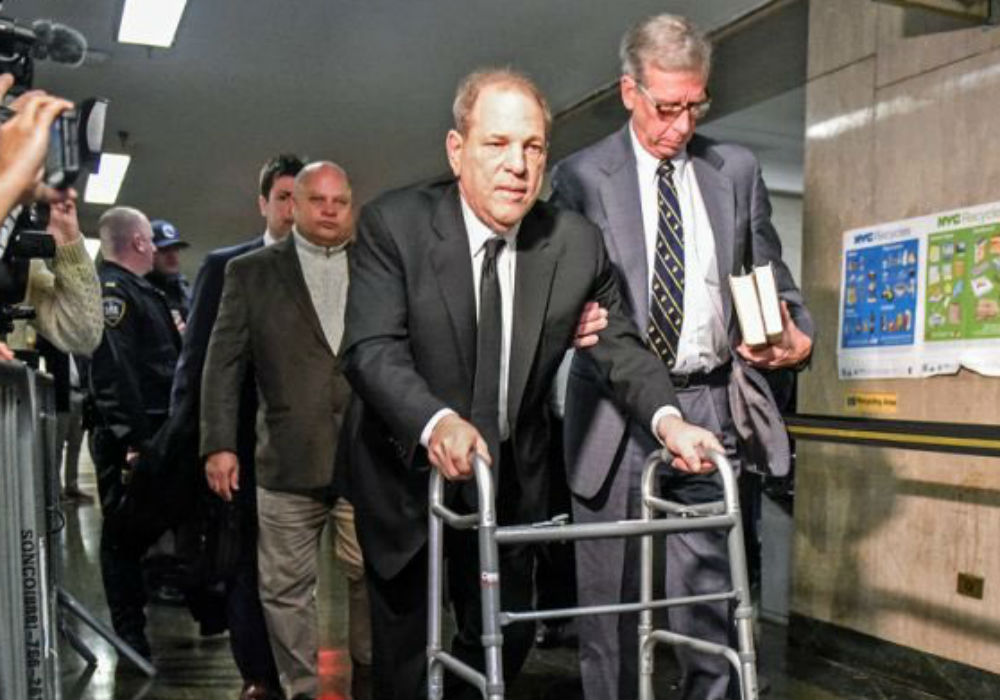 Harvey Weinstein was in a Manhattan courtroom on Tuesday for the first day of his rape and sex abuse trial. And, the disgraced Hollywood producer was nearly thrown in jail by Manhattan Supreme Court Justice James Burke because he was using two cell phones in court. Weinstein was sitting in the gallery – waiting to move to the defense table – when Judge Burke called him out.

“Mr. Weinstein, I cannot implore you more to not answer the following question — that means don’t say anything,” Burke told Weinstein. “Is this really the way you want to end up in jail for the rest of your life, by texting and violating a court order?

A New York judge threatened to throw Harvey Weinstein in jail on Tuesday, the second day of the rape trial against the producer, after he was caught using 2 cellphones in the courtroom despite previous warnings to put the devices away https://t.co/oCRlYACf9L

According to Page Six, this isn’t the first time Judge Burke has reprimanded Weinstein for using his devices in court. After the judge made it clear he needed to put the phones away, Weinstein didn’t respond. Instead, he bowed his head while his defense team pleaded with the judge.

During the proceedings, Assistant District Attorney Joan Illuzi-Orbon asked for Weinstein to be remanded because of the new charges that were filed against him in Los Angeles. However, the judge denied her request.

Weinstein is in court for jury selection in his case, but his attorney Arthur Aidala argued that the headlines about the new charges in California that were announced on Monday have tainted the jury pool.

Aidala pointed out that the jury room had copies of newspapers with headlines about the charges and Weinstein’s picture all over them. He even held up a copy of The New York Post to show the judge that Weinstein was on the front page.

His lead defense attorney, Donna Rotunno, argued that the timing of the new charges out of California wasn’t an accident.

“The prosecutor [in Los Angeles] stated that it was a coincidence, and I think if anyone believes that, I’d like to sell you the Brooklyn Bridge,” Rotunno said.

She added that the announcement of the new charges in California against Harvey Weinstein at the same time his trial was starting in New York was done to “bolster what the prosecutor was trying to do here” while also making Weinstein’s life “much more difficult.”

Jury selection is scheduled to continue all day Tuesday after starting at 9 a.m. A request to delay jury selection was denied by Judge Burke. If convicted, Weinstein will most likely spend the rest of his life in prison.