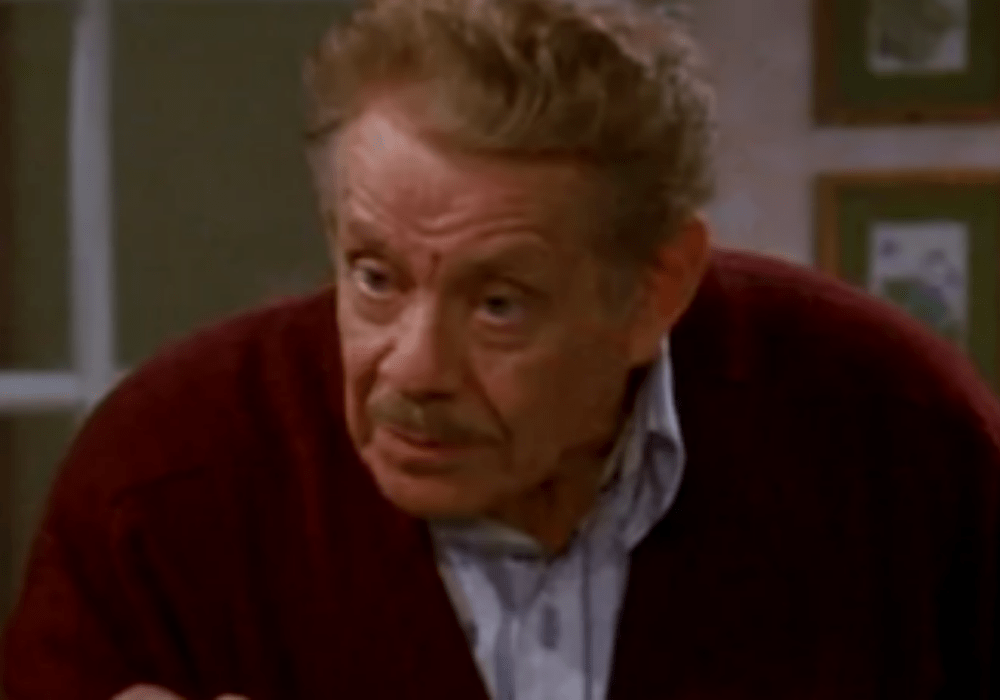 December 23 will always be Festivus or Christmas Eve Eve. This holiday is one that has an interesting history and though it was brought to the masses via Jerry Seinfeld, it doesn’t seem to be going away any time soon. Frank Costanza (played by Jerry Stiller) introduced the secular holiday on the Seinfeld episode “The Strike” that aired on NBC Dec. 18, 1997. Fast-forward 21 years and the Internet is celebrating Festivus.

You may be wondering what Festivus actually is. There’s the catchphrase from the episode, “A Festivus for the rest of us.” But the meaning runs a little bit deeper and if there is anyone who wants to truly welcome the spirit of Christmas, they’ll heed Frank Costanza’s advice and air grievances at the Festivus table.

Festivus was Frank Costanza’s response to the religious and materialistic aspects of Christmas.

In order to enter the New Year with a clean slate, it’s important for one to unburden their grievances against another. Festivus begins by telling everyone in your celebration how they disappointed you in the past year. The airing of grievances culminates in a wrestling match where the two must battle it out until someone is pinned.

Happy #Festivus to all! pic.twitter.com/4JMmMsZTus

Each Christmas Eve Eve, Festivus trends and many people have brought the tradition into their own homes. A look on social media networks like Twitter with the hashtag #Festivus will reveal aluminum poles and Festivus Feats of Strength that people are participating in.

Festivus is one of the most iconic television moments that resurfaces every holiday, similar to WKRP’s “Turkey Drop” that is revived every Thanksgiving.

The episode is hilarious and culminates with Frank demanding George pin him in the Feats of Strength.

You may watch the “Story of Festivus” as explained by Frank Costanza on Seinfeld in the video player below.

The University of Florida is a fan of the tradition as they erected an aluminum pole and shared it with the hashtag #Festivus on their official Twitter page.

Did you watch the 1997 Seinfeld episode “The Strike” when it aired? If so, did you have any clue Festivus would become a tradition celebrated by many each year?

Have you personally celebrated Festivus?