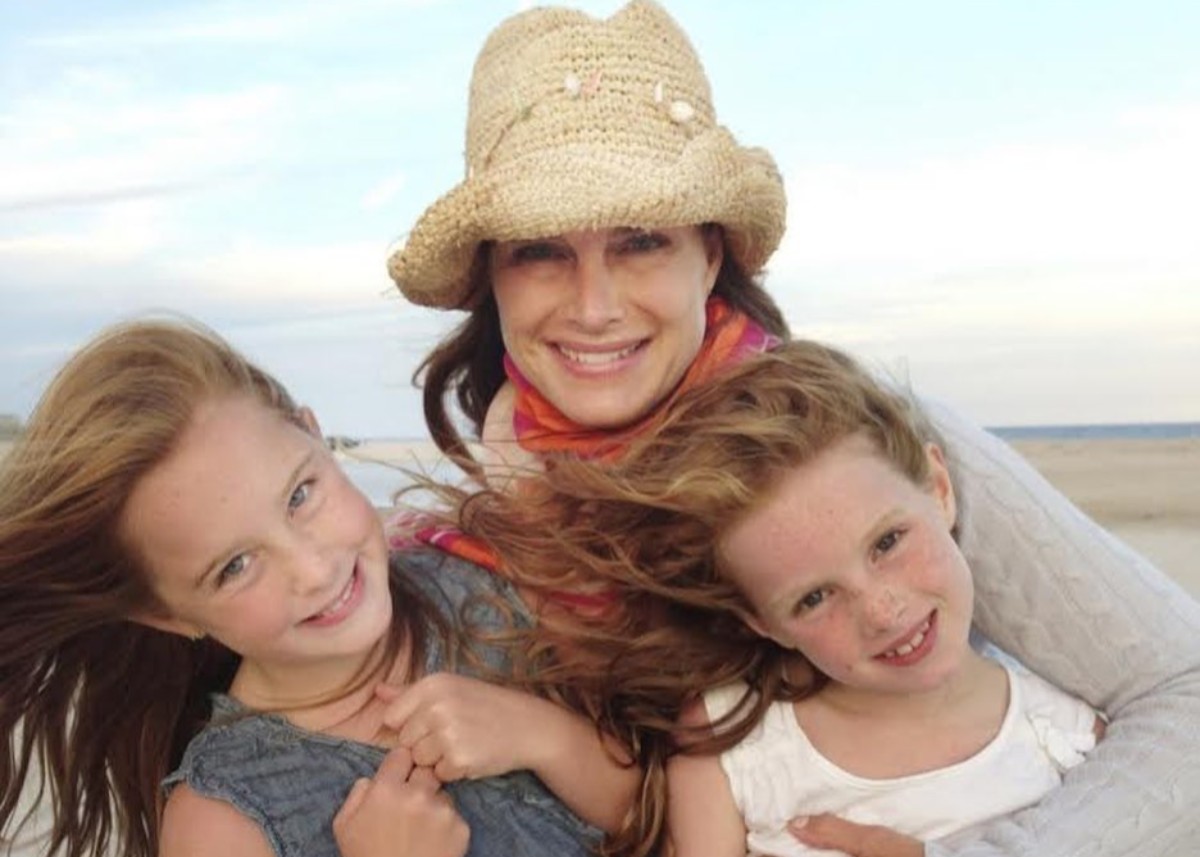 Happy Birthday to Brooke Shields who celebrates her 55th birthday on May 31, 2020. The New Yorker has spent the Coronavius pandemic home with her husband of 19 years Chris Henchy and the couples two daughters Rowan Francis (17) and Grier Hammond (14). Frequently sharing about her life on social media, Brooke recently went viral after showcasing her flawless figure in a beach photoshoot for Self magazine. Brooke has been famous for the greater part of her life and was an exceptionally beautiful child. Due to her beauty, she began modeling at a very young age and at the tender age of 11 months old, was the face of the Ivory Soap baby.

By the time Brooke was 12-years-old, she starred in the controversial movie Pretty Baby with Susan Sarandon and Keith Carradine. She also worked with Woody Allen for the film Annie Hall but her part was cut out of the film. She showed tremendous aptitude as a child actress and delivered a memorable performance in the 1976 thriller Alice Sweet Alice.

While Brooke was making her name in Hollywood, her modeling career continued to thrive. Brooke is 6′ tall and by the time she was 14-years-old, she had signed with Eileen Ford (who developed the child division of her modeling company specifically because of Brooke) and had graced the cover of Vogue magazine and landed the lucrative Calvin Klein campaign. Throughout the eighties, Brooke Shields’ name was synonymous with the tagline “Nothing comes between me and my Calvins.”

Photo: Brooke Shields was an extra in Woody Allen's Annie Hall, 1977, but she didn't make the final cut. pic.twitter.com/gkSxDKchho

Now a mother of two, Brooke’s career has seen many highs. She has starred in several television sitcoms and recently appeared in series such as 9-1-1, Jane the Virgin, and Creative Galaxy and played Alicia in the 2020 movie Las Pildoras De Mi Novio.

Here are some of Brooke Shields’ famous Calvin Klein commercials from the eighties.

Arms and Abs with @catchngo

You may see a documentary about Brooke Sheilds’ life in the video player below.

Today, Brooke Shields is sharing plenty of wellness tips on her official Instagram account as she rides out the Coronavirus pandemic with her family.