The drama between Hailey Bieber, Justin Bieber and Selena Gomez just escalated. Selena released her new singl e from her upcoming untitled album early Wednesday morning and just about everyone is convinced Selena was singing about her final break-up with Justin. After Selena's song was released, Hailey Baldwin shared some photos and videos on her Instagram story — including one that showed she was listening to a song titled: "I'll Kill You."

Selena's fans immediately freaked out as they thought that Mrs. Bieber was trying to send Selena a message. Fans wrote on Twitter about the post and finally, Hailey Bieber responded to the controversy. She has since deleted the tweet.

Here's what Hailey wrote after being slammed by Selena's fans for sharing the picture that revealed she was listening to a song titled, "I'll Kill You."

"please stop with this nonsense...there is no "response". this is complete BS." 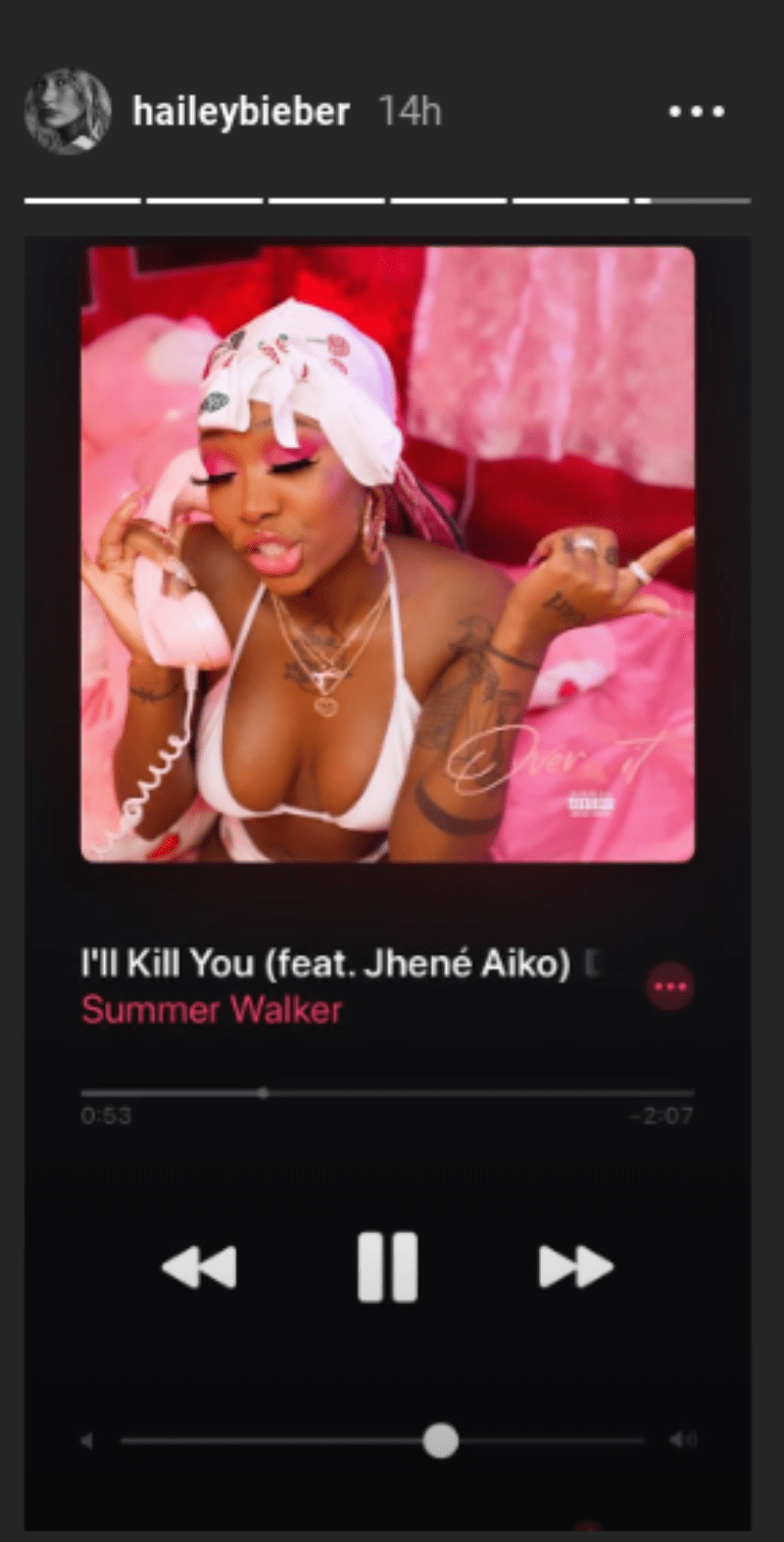 At this point, Justin Bieber hasn't responded to Selena Gomez publicly in response to her song. It's doubtful he would reach out on Instagram publicly, but you never know what will happen.  Justin Bieber has posted on Instagram, but nothing relating to Selena's new music. He did share a photo of Hailey Bieber on Tuesday where he called her his "favorite human."

Selena doesn't seem to be letting any of the drama get to her. Looking gorgeous in a low cut, black blazer, and matching pants, Selena wore her hair out and free-flowing as she was on her way to Burbank studios.

The ensemble was striking and as she looked incredibly gorgeous it seemed that releasing the video has been a healing experience for her.

Though Selena and Justin are over and done, it seems that the best step now is for everyone to move on. Whether Hailey was trying to throw shade at Selena with the song remains to be seen, but she did deny it.

Fans are hoping that everyone will move forward with their lives without hurting each other. What do you think? Do you think Hailey Beiber was taking a shot at Selena?
=