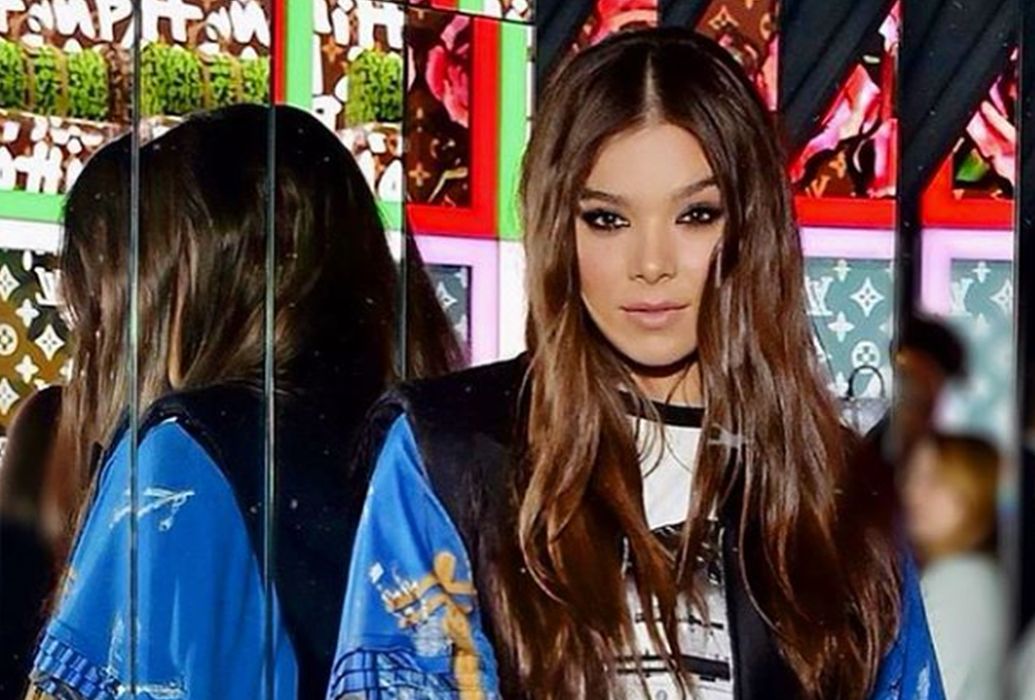 Louis Vuitton launched the Louis Vuitton X exhibit on Rodeo Drive in celebration of the designer’s artistic works over the years by throwing a celebrity-invite cocktail party. It was a star-studded celebration and many of Hollywood’s finest arrived bearing their own favorite Vuitton looks and pieces. Hailee Steinfeld was striking in Vuitton and was styled by R&M (stylists Rob Zangardi and Mariel Haenn). The exhibit recognizes the many collaborations Louis Vuitton has entered in throughout the fashion house’s illustrious historical reign.

The June 27, 2019, event was a time of fun, celebration, and praise for the creative vision that has driven Louis Vuitton for over a century.

You may see a video clip from the black carpet arrivals along with photos below.

The Louis Vuitton X exhibit is located at 468 North Rodeo Drive and officially opens on June 28, 2019. The official Louis Vuitton Instagram shared a video to give the public a look at the exhibit.

“A history of creative exchanges. #LouisVuittonX is an immersive journey through 160 years of artistic collaborations. Learn more about #LouisVuitton’s new exhibit opening on June 28th in Beverly Hills via link in bio.”

You may see the video as shared by Louis Vuitton in the video player below.

A history of creative exchanges. #LouisVuittonX is an immersive journey through 160 years of artistic collaborations. Learn more about #LouisVuitton’s new exhibit opening on June 28th in Beverly Hills via link in bio.

Louis Vuitton announced the exhibition on their website and explained that Louis Vuitton X also celebrates the newly released Artycapucines Collection. The focus of the exhibit is in recognition of collaborations Louis Vuitton has partnered in over the past 160 years.

The Louis Vuitton X exhibit opens on June 28, 2019, and runs until September 15, 2019. Those who want to see the exhibit can do so easily as the exhibit offers free admission.

NeNe Leakes Looks Stunning With This New Look - Check Out Her Glam Makeover!