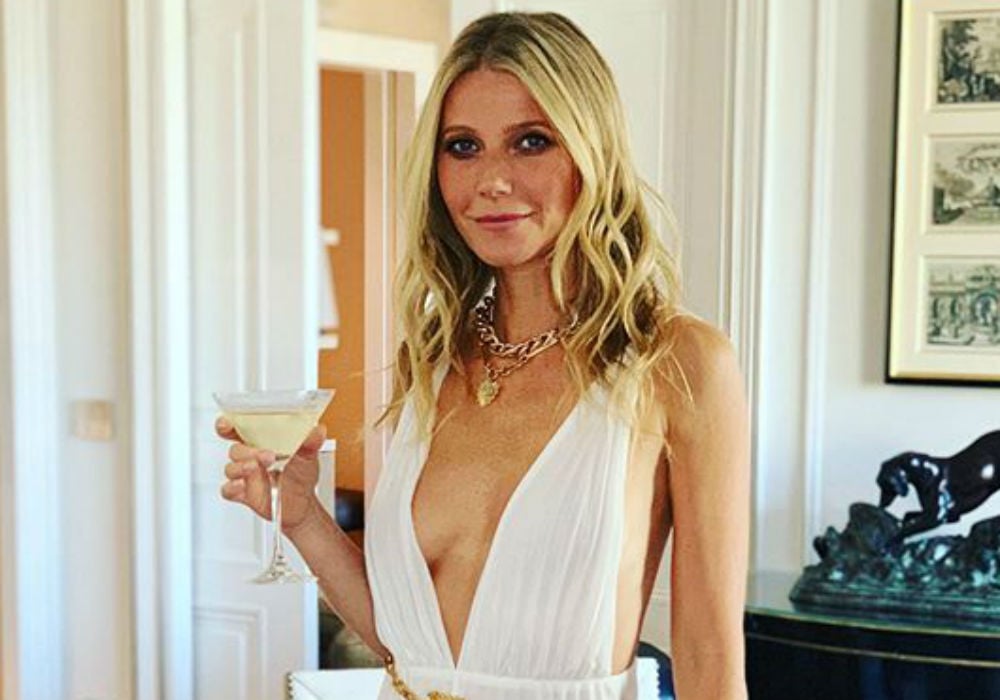 Gwyneth Paltrow turned 47 years old on Friday. And, to mark the occasion, her friend posted a rare pic on Instagram that featured Paltrow with her famous mom – Blythe Danner – and her beautiful 15-year-old daughter, Apple Martin.

Paltrow’s friend Derek Blasberg posted the pic of the “Danner-Paltrow-Martin bloodline,” and it gave fans a rare look at the teenage daughter Paltrow shares with her ex-husband, Coldplay frontman Chris Martin.

Today is the middle one's birthday, but let’s celebrate the entire Danner-Paltrow-Martin bloodline. Here are three kind, talented, sweet, lithe (rhymes with Blythe!), wonderful women. The apple doesn't fall from the tree—and neither does Apple. Wishing you the absolute bestest year ever @gwynethpaltrow! 💘🎂

“The apple doesn’t fall from the tree—and neither does Apple,” he added. “Wishing you the absolute bestest year ever @gwynethpaltrow! 💘🎂” wrote Blasberg in the photo’s caption.

Fans couldn’t get over the photo that featured three generations of one super-famous family, especially since they all looked so similar with their blond hair and subtle smiles. One fan even commented, “The same person 3 times.”

In addition to Apple, Paltrow and Martin also have a 13-year-old son named Moses, but the former couple has always kept their children out of the limelight. However, there are some rare exceptions. Earlier this year, Paltrow posted a selfie with Apple as the two ladies sat on a ski lift. Apple’s face was essentially covered with ski goggles and she was wearing a helmet, but she didn’t appreciate her mom posting the pic without her permission.

In the comments section of the pic, Apple wrote, “Mom we have discussed this. You may not post anything without my consent.” Paltrow immediately responded with, “you can’t even see you face!”

Earlier this month, Paltrow told the Today Show that Apple motivated her decision to speak out against Harvey Weinstein in late 2017. She said that she chose to stay silent for a while because she felt that society punished women for revealing their stories. But, when she started thinking about her daughter facing harassment in the workplace – or anywhere else – she decided to speak up.

Gwyneth Paltrow says she never expected the cultural shift that would take place after the Weinstein scandal and #MeToo movement, but she is proud to be a part of it.

Paltrow’s new series The Politician is currently streaming on Netflix.

Eminem's Beef With Mariah Carey's Ex, Nick Cannon, Might Have Been Reignited Because Of This Video