Gwyneth Paltrow To Be Walked Down The Aisle By Ex-Husband Chris Martin!

We have learned a rather surprising thing about Gwyneth Paltrow’s upcoming wedding ceremony! Following the tragic, untimely death of her father, apparently, the one to walk her down the aisle will be none other than her ex Chris Martin!

About a year and a half after Paltrow and Martin’s shocking divorce, the actress is ready to get married once again and, in a surprising turn of event, it looks like the Coldplay member is the one to give her away to her new husband.

In addition, it sounds like her new husband to be, movie producer Brad Falchuk is actually, surprisingly-enough thrilled about that idea.

The 45-year-old actress, whose dad passed away from cancer back in 2002 ‘wants Chris to give her away at her wedding to Brad or no one at all,’ one insider revealed.

Apparently, Martin had a huge role in supporting and consoling her when her father was dying.

‘She does not know how she would have gotten through that difficult time without Chris. So who better to stand up for her at the wedding to Brad? It might seem weird to some, but it makes perfect sense to Gwyneth and Chris,’ our source dished.

As fans may remember, Martin wrote Swallowed in the Sea after her dad passed away and even after they divorced back in July of 2016 they remained really close.

Before the split, they were married for a decade and have two kids together, ten-year-old Moses and three-year-old Apple.

Paltrow and Falchuk got engaged back in November after dating on the down low for three years.

They met when the Hollywood star appeared on his show in the role of Holly Holliday, a substitute teacher.

The duo is set to get married sometime in 2018 in a lavish ceremony.

Do you think it’s strange Paltrow’s ex is walking her down the aisle or not? 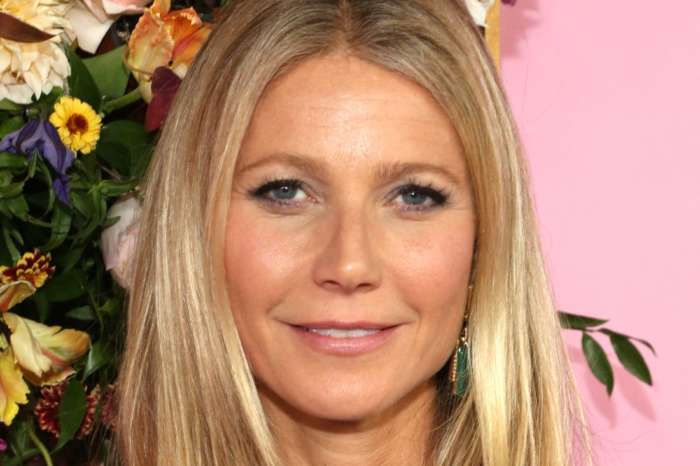