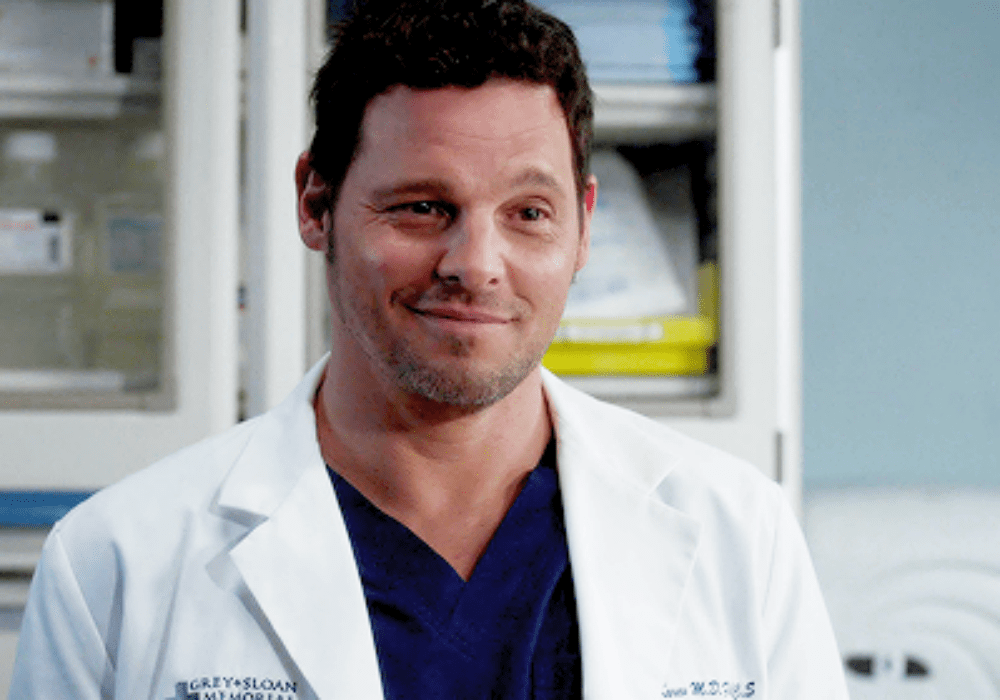 Grey’s Anatomy sent fans into a frenzy this week when they said goodbye to beloved OG character, Alex Karev (Justin Chambers). Everyone knew the end was coming for Dr. Karev, as Chambers announced his exit from the show in January. But, no one had any idea that the writers would give the character’s exit a crazy, unwanted twist.

The last time fans saw Alex was in an episode last November when he gathered a group of Dr. Meredith Grey’s (Ellen Pompeo) patients and colleagues to support her in her insurance fraud case. Since then, it was stated that Alex had gone to Iowa to visit his mother, but he had ghosted all of his friends – even his bestie, Meredith, and his wife, Dr. Jo Karev (Camilla Ludington).

However, in the most recent episode, Alex’s wife and closest friends (the other three remaining OGs) – Jo, Meredith, Dr. Miranda Bailey (Chandra Wilson), and Dr. Richard Webber (James Pickens Jr.) – each received a letter from Alex explaining his sudden absence.

Chambers provided the voiceovers for each letter as he revealed that he had permanently left Seattle and moved to Kansas to be with his first wife, Dr. Izzie Stevens (Katherine Heigl) and their twins.

Immediately, fans took to social media to voice their anger over the reveal because Alex had major character development over 16 seasons and they felt the writers erased it all in one episode.

Showrunner Krista Vernoff told Us Weekly in a statement that it was incredibly difficult to write Alex Karev out of the show.

“It is nearly impossible to say goodbye to Alex Karev,” Vernoff said. “That is as true for me and for all of the writers at Grey’s Anatomy as it is for the fans. We have loved writing Alex. And we have loved watching Justin Chambers’ nuanced portrayal of him.”

Just ignoring the end that they gave to Alex Karev. It’s so unfair. Years and years of developing for nothing. He would never leave Jo or Meredith like this. That’s not the Karev that I used to know. #GreysAnatomy pic.twitter.com/3GOnJjlIbO

Vernoff added that for 16 seasons everyone has grown up alongside Alex. They have been frustrated by his limitations and inspired by his growth, and everyone has come to love him deeply and think of him as one of our very best friends.

“We will miss him terribly. And we will always be grateful for his impact, on our show, on our hearts, on our fans, on the world,” said Vernoff.

Even though Dr. Alex Karev shockingly left Jo behind, he did leave her with signed divorce papers and his shares in Grey Sloan Memorial Hospital.

Jared Leto Recalls The Scary Moment He ‘Nearly Died’ While Rock-Climbing - Check Out The Footage And Pics!