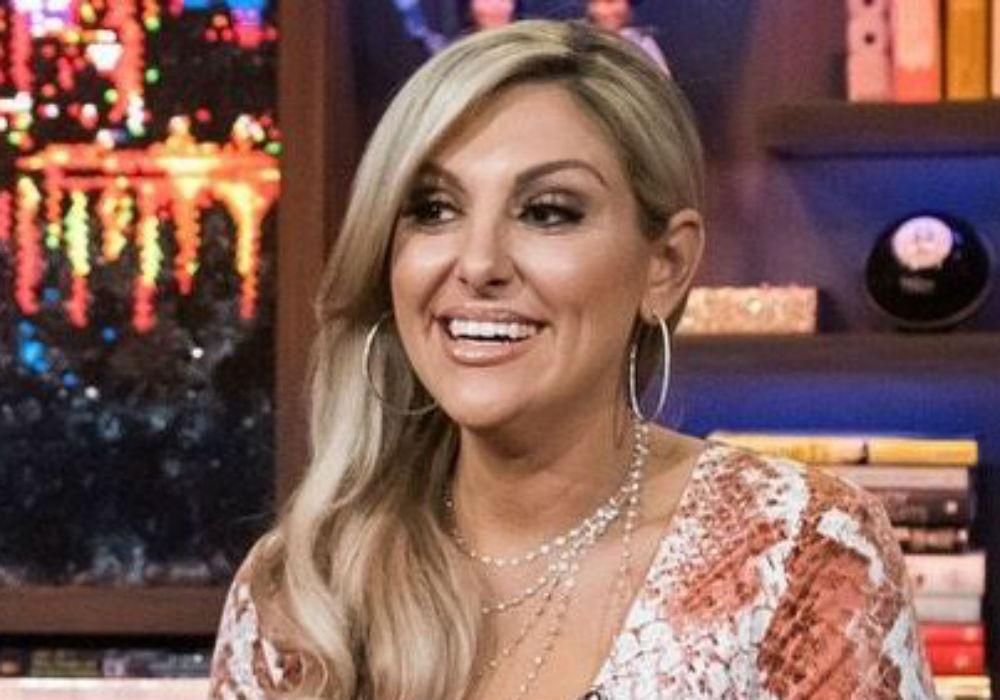 Real Housewives of Orange County star Gina Kirschenheiter has had one heck of a summer. Not only did she get a restraining order against her estranged husband Matt after he allegedly assaulted her in her home in late June, but she also scored $10,000 per month in child and spousal support in their nasty divorce. Now, it looks like Kirschenheiter is moving past the troubled relationship, and has started a new romance with a mystery man.

Kirschenheiter just shared two pics of herself enjoying some coffee and laughs with the new man in her life, as they were twinning in charcoal gray v-neck tees. In the caption of the pics, the 35-year-old wrote that you should always find a reason to laugh because even though it might not add years to your life, “it will surely add life to your years.”

Always find a reason to laugh. It may not add years to your life but will surely add life to your years ❤️

However, Kirschenheiter didn’t give fans a name or any clues about who her new mystery man is. Early this month, her RHOC co-star Tamera Judge revealed that she had met a new man and the duo shared a similar relationship history.

“Actually, Gina has met a guy. Gina is amazing, I love Gina and I’m really happy for her,” Judge told Us Weekly. “He’s a good guy, he’s got kids the same age as Gina and he was divorced so they have a lot in common.”

As soon as Kirschenheiter posted the pics, fans immediately started to ask who the guy is, and they all believe the RHOC star is due for some smiles and happiness.

“Who dat doe ? 👀 gwurlllllllll he cahuuuuuuute! 💅🏼💕,” wrote fan @mariahslamby, while @remyb94 added, “Some cutie is making, Gina happy 😊. Love it!”

Gina filed for divorce from Matt last year, but the split appeared to be amicable up until June when police arrested him for alleged domestic violence. Just days after Gina posted a sweet tribute to Matt on Instagram for his birthday, he was sitting in jail after he showed up at Gina’s house in the middle of the night and allegedly attacked her.

This led to Gina filing for a restraining order, and prosecutors later charged him with felony domestic assault. The judge in their divorce has already signed off on the split, but it won’t go into effect until January 2020.

In the meantime, Matt is fighting the $10,000 monthly spousal and child support awarded to Gina because he says he lost his job after the arrest and no longer has an income. He says that Gina’s RHOC income has gone up significantly since they had their financial evaluations last year, and he is asking the court to lower the support payments.

Porsha Williams Has An Exciting Announcement For Her Fans