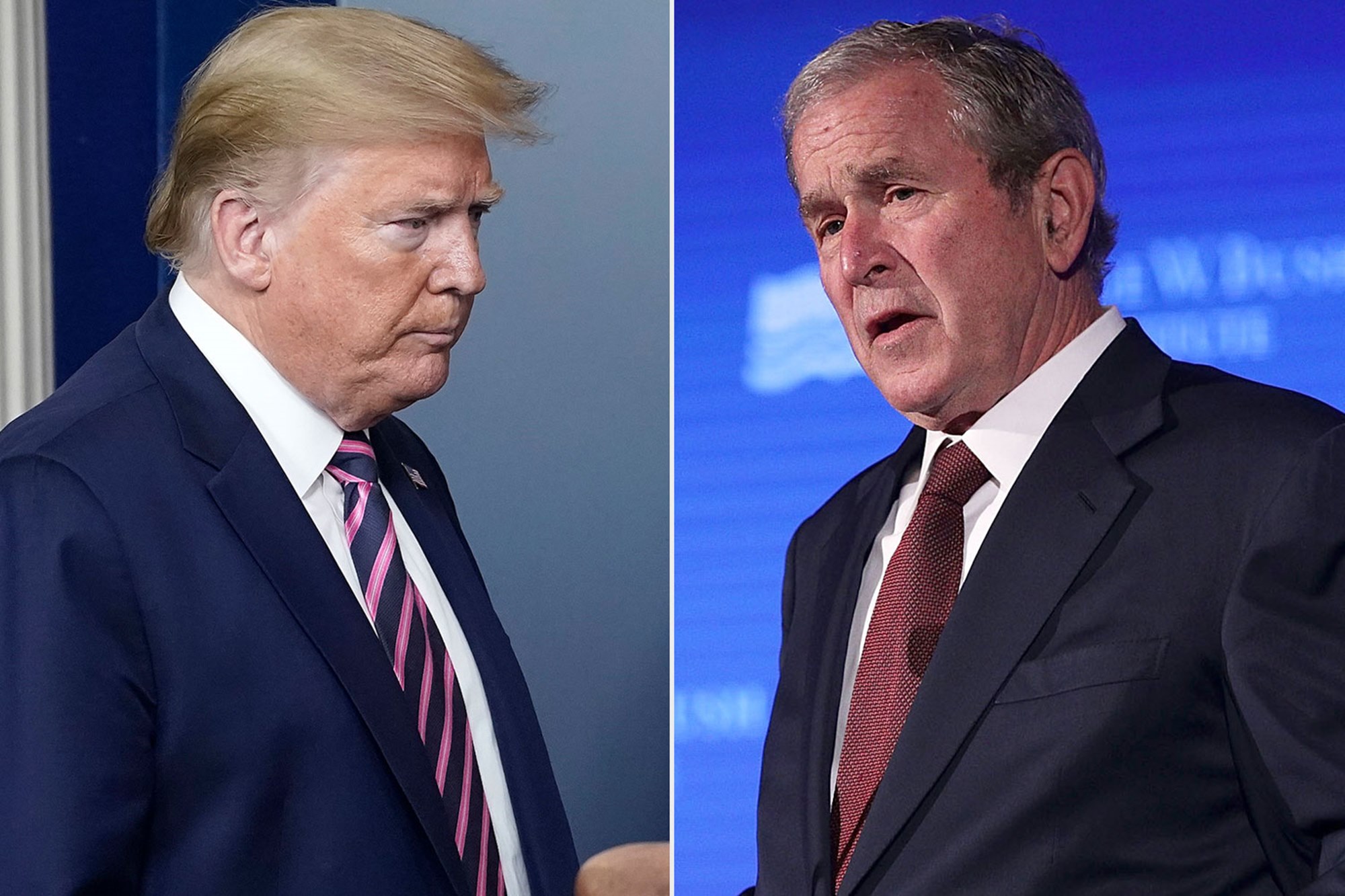 Former President George W. Bush has decided to speak up after the horrific killing of George Floyd.

Floyd, an African American man, who died after suffocating beneath the knee of a white policeman in Minneapolis while he was being arrested for trying to pay with a fake $20 bill.

The killing of the unarmed man sparked a series of protests in all 50 states. Bush, Joe Biden, and Barack Obama have all called for unity while president Donald Trump stayed true to himself with his infamous fiery rhetoric.

Bush, who did not mention Trump by name, had this to say: “Laura and I are anguished by the brutal suffocation of George Floyd and disturbed by the injustice and fear that suffocate our country. Yet we have resisted the urge to speak out because this is not the time for us to lecture. It is time for us to listen. It is time for America to examine our tragic failures — and as we do, we will also see some of our redeeming strengths.”

He went on to say: “It remains a shocking failure that many African Americans, especially young African American men, are harassed and threatened in their own country. The answers to American problems are found by living up to American ideals — to the fundamental truth that all human beings are created equal and endowed by God with certain rights. We have often underestimated how radical that quest really is, and how our cherished principles challenge systems of intended or assumed injustice. The heroes of America — from Frederick Douglass to Harriet Tubman, to Abraham Lincoln, to Martin Luther King Jr. — are heroes of unity.”

The former governor of Texas went on to say: “Their calling has never been for the fainthearted. They often revealed the nation’s disturbing bigotry and exploitation — stains on our character sometimes difficult for the American majority to examine. We can only see the reality of America’s need by seeing it through the eyes of the threatened, oppressed, and disenfranchised.”

He added: “That is exactly where we now stand. Many doubt the justice of our country, and with good reason. Black people see the repeated violation of their rights without an urgent and adequate response from American institutions. We know that lasting justice will only come by peaceful means. Looting is not liberation, and destruction is not progress. But we also know that lasting peace in our communities requires truly equal justice. The rule of law ultimately depends on the fairness and legitimacy of the legal system. And achieving justice for all is the duty of all.”

He concluded by: “This will require a consistent, courageous, and creative effort. We serve our neighbors best when we try to understand their experience. We love our neighbors as ourselves when we treat them as equals in both protection and compassion. There is a better way — the way of empathy, and shared commitment, and bold action, and a peace rooted in justice. I am confident that together, Americans will choose the better way.”

Many are baffled that Bush is showing support for black people while Kanye West is a die-hard Trump supporter who has stayed quiet during the outrage and unrest that have gone international.