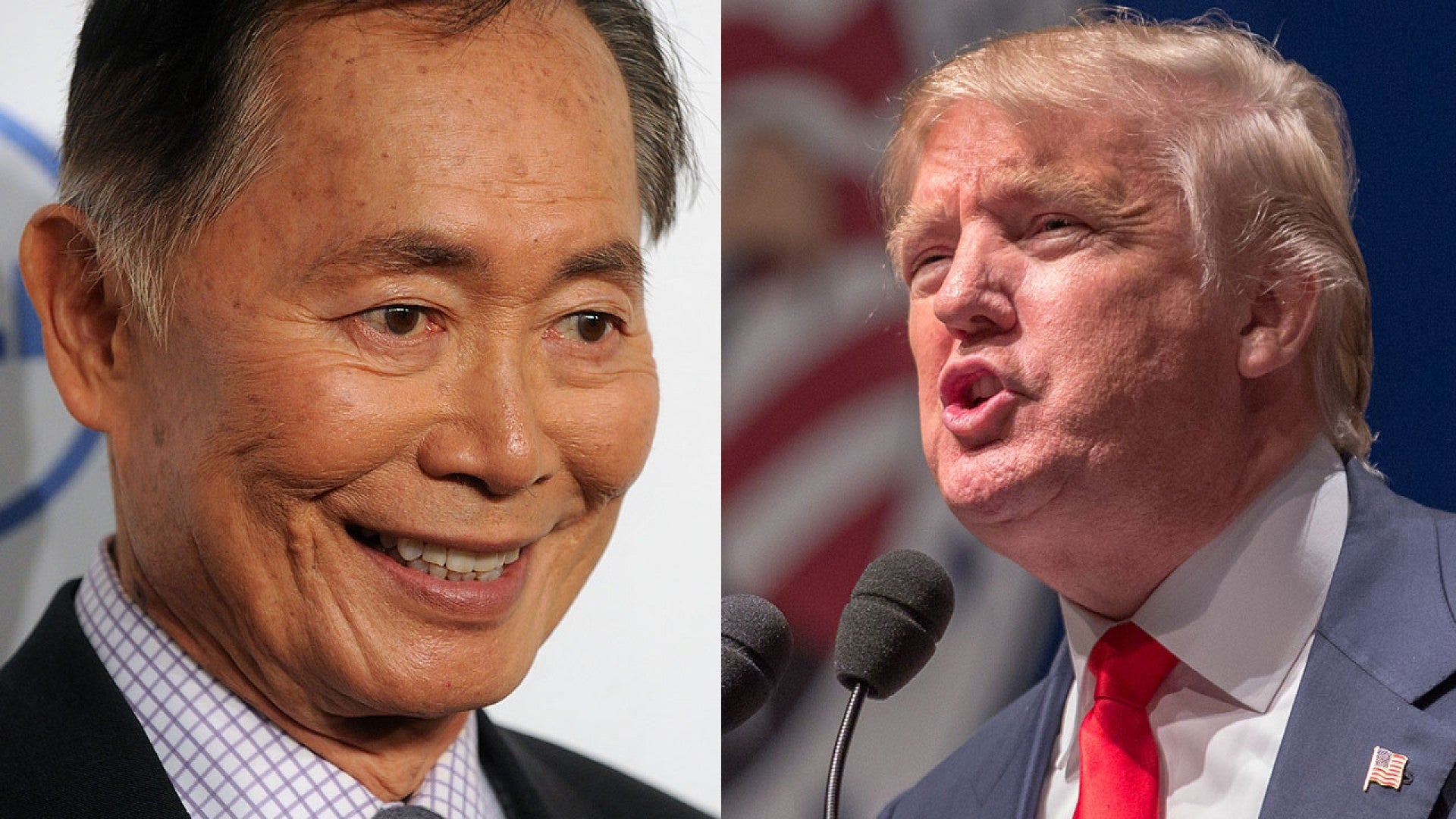 The president has revealed the official logo for his generally mocked Space Force and now, there are even more reasons for people to slam and make fun of him! After Donald Trump unveiled the graphic for the program, a lot of Star Trek fans reacted negatively but also George Takei himself shaded the Donald over how similar it is to the Starfleet Command’s logo to the point that he would like ‘royalties’ for it!

It appears that Trump and those who worked on the symbol might just be huge fans of Star Trek!

Judging by how similar the two logos are, it is hard to believe otherwise!

Just by looking at it for a quick second, anyone can tell that it is highly inspired by the one for the Starfleet Command from the beloved 1960’s sci-fi show.

The image was shared on Trump’s social media platform of choice, Twitter and alongside it, he wrote: ‘After consultation with all our Great Military Leaders, with designers, and others, I’m pleased to present the logo for the United States Space Force, the 6th Branch of our Magnificent Military!’

There is nothing sacred any more. pic.twitter.com/ubyy4OIZrp

The actor took to social media to share an image that featured the two logos side by side and alongside it, he wrote: ‘There is nothing sacred anymore.’

‘Ahem. We are expecting some royalties from this…’ he wrote in a second tweet.

And that was not all! The 82 year old also threw some shade at Donald’s wife Melania by saying that she must have been the one to ‘copyi–I mean design’ it.

Of course, you may be aware that he was making reference to the fact that the current First Lady was previously accused of plagiarizing former FLOTUS Michelle Obama’s speech.

What do you think of the Space Force logo?

Gabrielle Union Claps Back At Terry Crews For Saying There Was No Racism On The Set Of America's Got Talent!