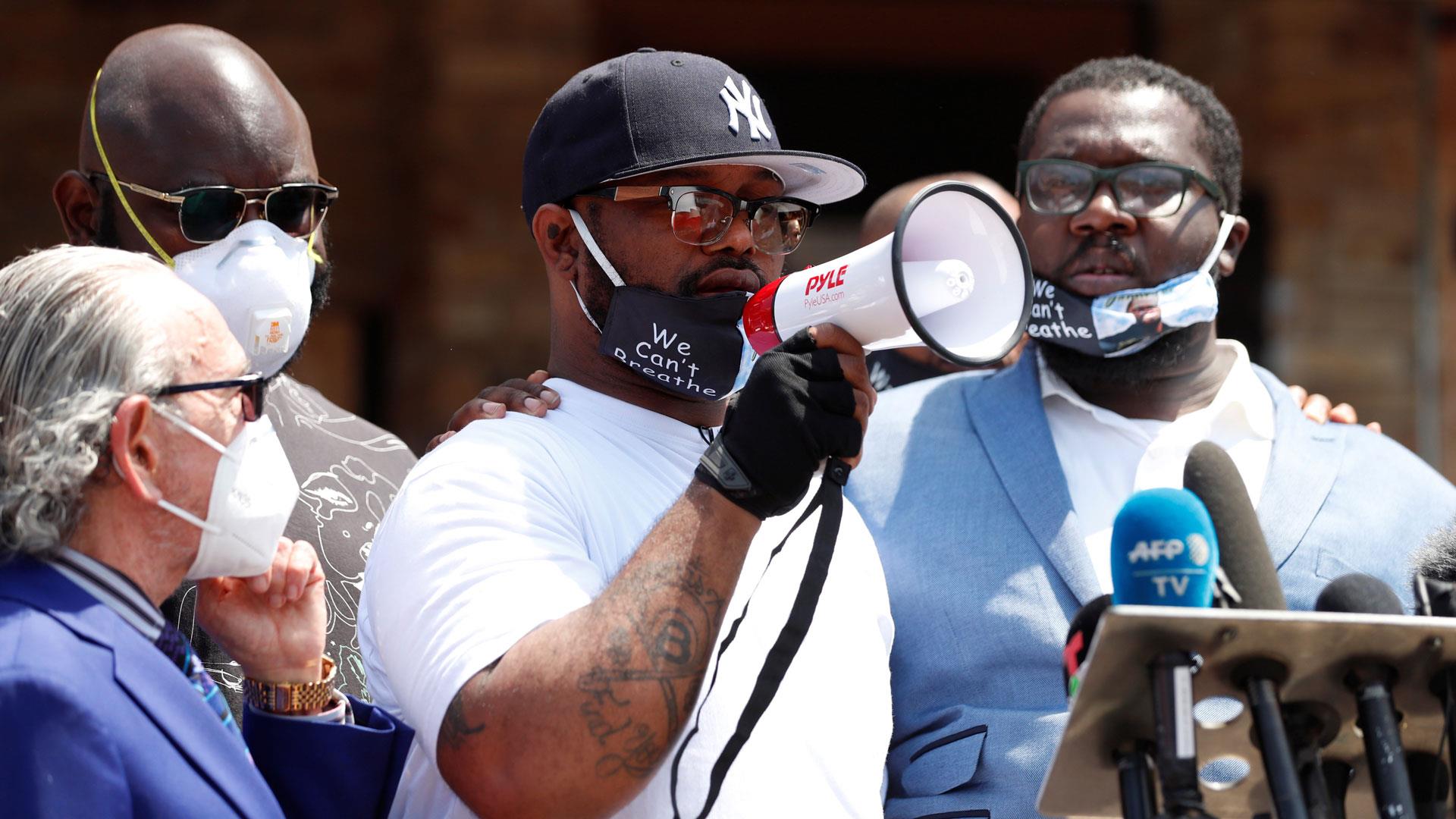 Terrence Floyd, the brother of George Floyd made sure to speak up in the aftermath of his sibling’s senseless killing by the police. Here’s what he had to say!

Terrence showed up on Good Morning America and talked to Robin Roberts via video.

This comes days after the murder of his brother sparked national outrage and a call for justice and equality.

The man traveled to Minnesota from New York to visit the site of George’s passing.

During the interview, Terrence shared that: ‘It’s been just devastating, I feel like I’m still a little numb about it. But I got people in my corner being there for me, so going there tomorrow, I just want to feel my brother’s spirit.’

He described his late brother as a ‘gentle giant,’ ‘peaceful motivator,’ and a person who was all about ‘unity’ and ‘peace.’

“I just want to feel my brother’s spirit … to connect with him again.” Terrence Floyd reacts to the protests that have erupted across the country after his brother’s death as he plans to make a visit to the site where his brother died in Minneapolis. https://t.co/we0hSARItv pic.twitter.com/f5a0HfABR3

‘When you spoke to him, he always wanted to motivate you, no matter what you was going through,’ he added, mentioning that he always say the ‘brighter side’ of any situation.

That being said, Terrence went on to mention the destructive and rather violent turn the protests have taken, the man expressing that he was worried this type of reaction to the events would do the opposite and take away from the justice pursuit.

‘I do feel like it is overshadowing what is going on because, like I already said, he was all about peace, he was about unity…the things transpiring now, they may call it unity but it is destructive unity. It is not what he was about. That is not what my brother was about. It is OK to be angry, but channel your anger to do something positive or make a change in another way because we have been down this road already. The anger…damaging your hometown isn’t the way he would want,’ he stated during the same interview.

Pink Claps Back In Response To Hateful Comments After The Singer Makes Her Support Of The 'Black Lives Matter' Movement Clear!