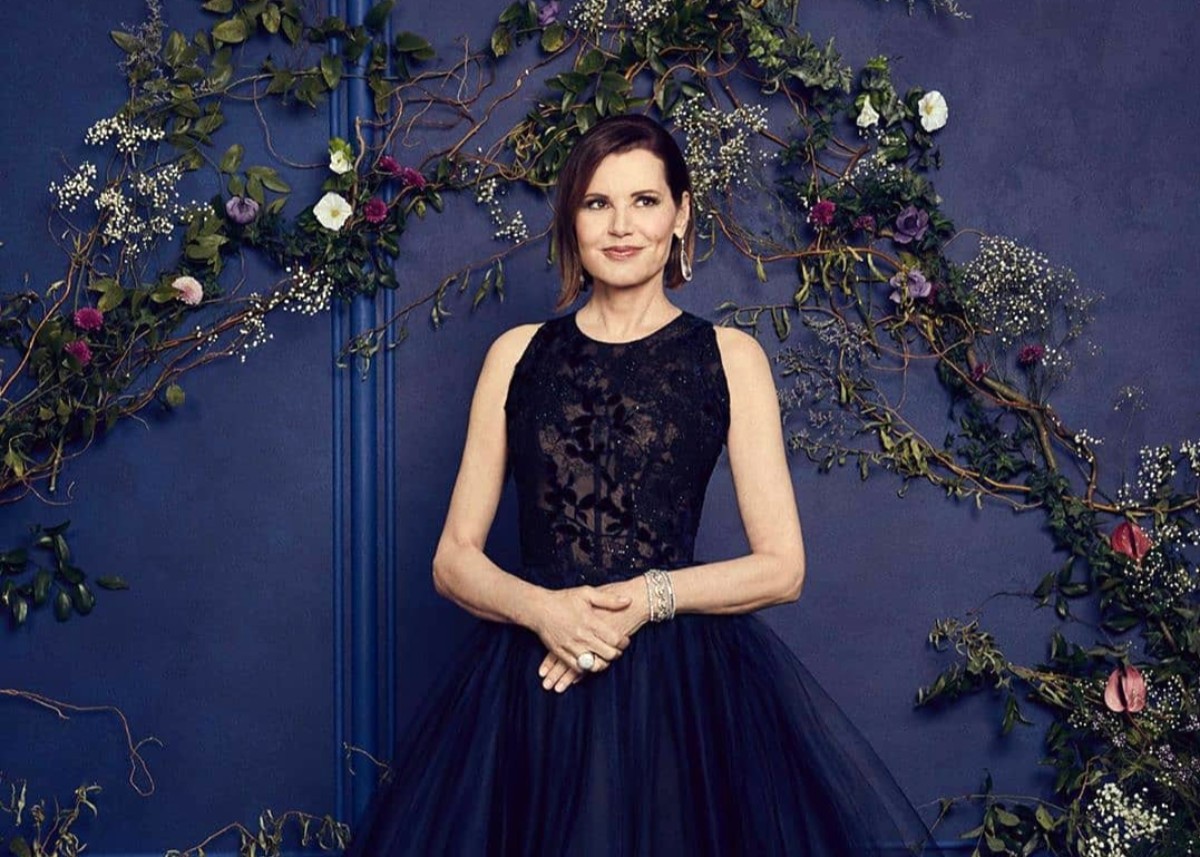 Geena Davis stunned as she was honored on October 27, 2019, at the Grand Ballroom of the Hollywood and Highland Center with the Jean Hersholt Humanitarian Award. The Award is a gold, Oscar statue and this makes the second Academy Award win for Geena. She was nominated for best actress for Thelma and Louise, a female-led movie that many people feel highlighted the need for more strong roles for women in film. Geena did take home the statue for her work in The Accidental Tourist where she won Best Supporting Actress.

Throughout her career, the stunning 63-year-old actress has not only paved the way for female actresses to take on challenging roles but has launched several foundations to help ensure the industry removes gender bias and stereotypes.

“Davis, who won an Oscar for her supporting performance in The Accidental Tourist (1988), has been a passionate advocate for gender equality in media. She is the founder and chair of the Geena Davis Institute on Gender in Media, a nonprofit dedicated to educating and influencing film and television content creators to eliminate gender bias and stereotypes and create a wide variety of female characters in entertainment and media aimed at children. Davis was appointed Special Envoy for Women and Girls in Information and Communication Technologies for the United Nations’ International Telecommunication Union in 2012, and served as chair of the California Commission on the Status of Women. In 2015, she launched the Bentonville Film Festival to support women and diversity in the entertainment industry.”

Tom Hanks presented Geena Davis with the honorary Oscar. You may see a video from the 2019 Governors Awards where Geena Davis accepted her statue in the video player below.

Geena brought a touch of humor to her speech and she gave a creative message to scriptwriters, producers, and directors who may not be incorporating enough women in their films than is fair.

She suggested that after the script is written, to go through and change some of the male character’s names to female names as a way to not only make more interesting characters but break stereotypes.