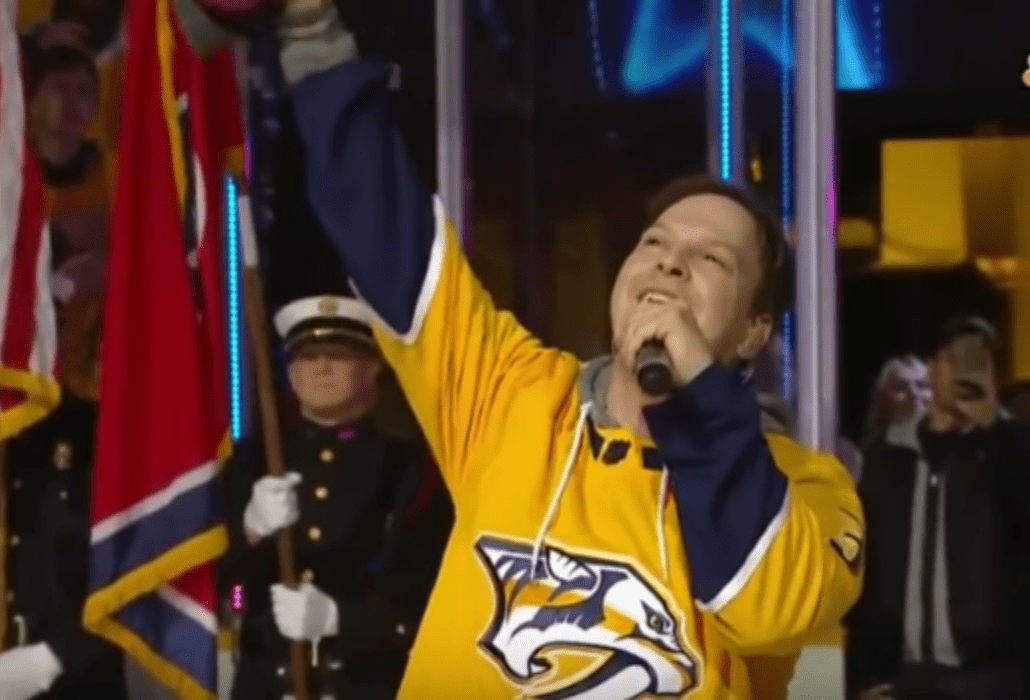 Singer Gavin Degraw had a terrible fall after singing a flawless rendition of the National Anthem at Nashville’s Bridgestone Arena. It’s day five of the Stanley Cup playoffs and Gavin sang the anthem before the start of the game between the Nashville Predators and Dallas Stars.

Gavin DeGraw took to the ice with his microphone and sang beautifully. The crowd was in awe, viewers at home immediately flocked to Twitter and Facebook to praise Gavin’s performance and it seemed everything had gone perfectly.

What many viewers at home didn’t notice; however, was that after Gavin performed the song, he slipped and fell on the ice. The fall looked painful as Gavin fell face down and people who were there began sharing photos and videos from the incident.

You may watch the video of Gavin DeGraw singing the National Anthem at the Bridgestone Arena in the video player below. The fall is not visible. You may see that video below as well.

Twitter user Jordan Brunelle captured the fall on video live as it happened and his video went viral. It currently has more than 144,000 views and over 100 comments. He captioned the video with a humorous quip.

“May the @PredsNHL skate better than @GavinDeGraw tonight! Love you, Gavin!”

While many people teased Gavin about the spill and others were downright worried that he may have severely injured himself, the fall did not take away from his excellent performance in singing the National Anthem.

You may see the video as shared by Jordan Brunelle in the player below.

May the @PredsNHL skate better than @GavinDeGraw tonight! Love you, Gavin! pic.twitter.com/KVkLNeTnJY

There was a special rug specifically placed behind Gavin DeGraw so that he would not slip, but for some reason, when he finished singing the song and stepped back, he didn’t touch the rug but slipped on the ice. His foot went out from underneath him and he landed straight down, face first.

It’s unclear if Gavin DeGraw suffered any cuts or injuries from the fall.

Though sometimes falls look insignificant at first, they can have severe repercussions and it’s always a good idea to check with a health care provider if there is any pain or if an injury to the head occurred.

Hopefully, in Gavin’s case, all that was hurt was his pride. 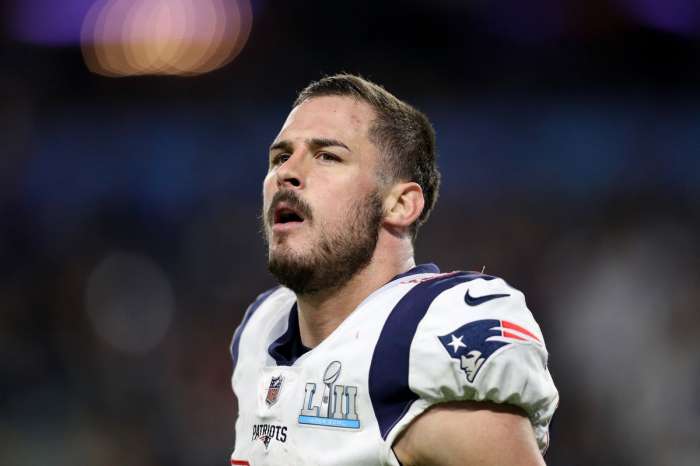