The final season of Game of Thrones is set to premiere on HBO next year and fans cannot wait to find out which character will rule Westeros. While only one person can sit on the Iron Throne, a few cast members are a little upset that the show is over, including Sophie Turner, who recently admitted that she is still coping with Sansa Stark’s end.

During an appearance at New York Comic Con, Turner confessed that she has not fully processed the final season of Game of Thrones. The actress has been a part of the series since she was a teenager and is having a difficult time adjusting to life without the show.

According to actress Sophie Turner, “Game of Thrones” is using “drone killer” technology (typically only used by police) to bring down the drones fans are using to capture potential spoilers for Season 8. What? https://t.co/LSpjKZuGvd

“I still don’t accept that it’s done,” she explained. “It’s basically been the majority of my life.”

Turner has experienced quite a few difficulties over the years but has managed to survive everything the world has thrown her way. While Sansa is in a much better place now, her fate remains up in the air as the war with the Night King is finally here.

We do not know if Sansa will make it out in one piece, but Turner did reveal that her final day on set was very emotional.

According to Express, executive producers D.B. Weiss and David Benioff wrote a heartfelt note on the back of their favorite Sansa moment. When Turner read the note, she started crying and kept the tears flowing for hours afterwards.

Watch Sophie Turner Struggle To Name Whether Characters Are From GAME OF THRONES Or X-MEN – GeekTyrant https://t.co/xwnDoM4mAz pic.twitter.com/JEjElqcwiJ

Here’s hoping that Sansa and the rest of her family makes it out alive at the end of Season 8.

HBO has not revealed when Game of Thrones will return for Season 8.

Network exec Casey Bloys, however, recently hinted that Season 8 of Game of Thrones will premiere in the first half of next year, which means we might only have a few more months to wait. 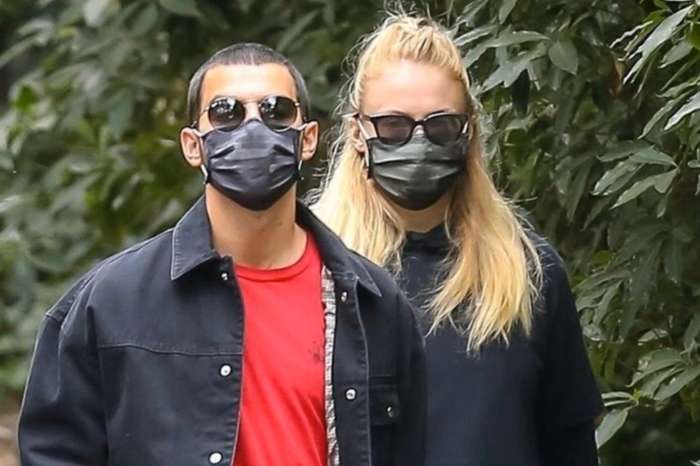 KUWK: Khloe Kardashian Shares Yet Another Telling Quote - Choices Are Draining Her Spirit?