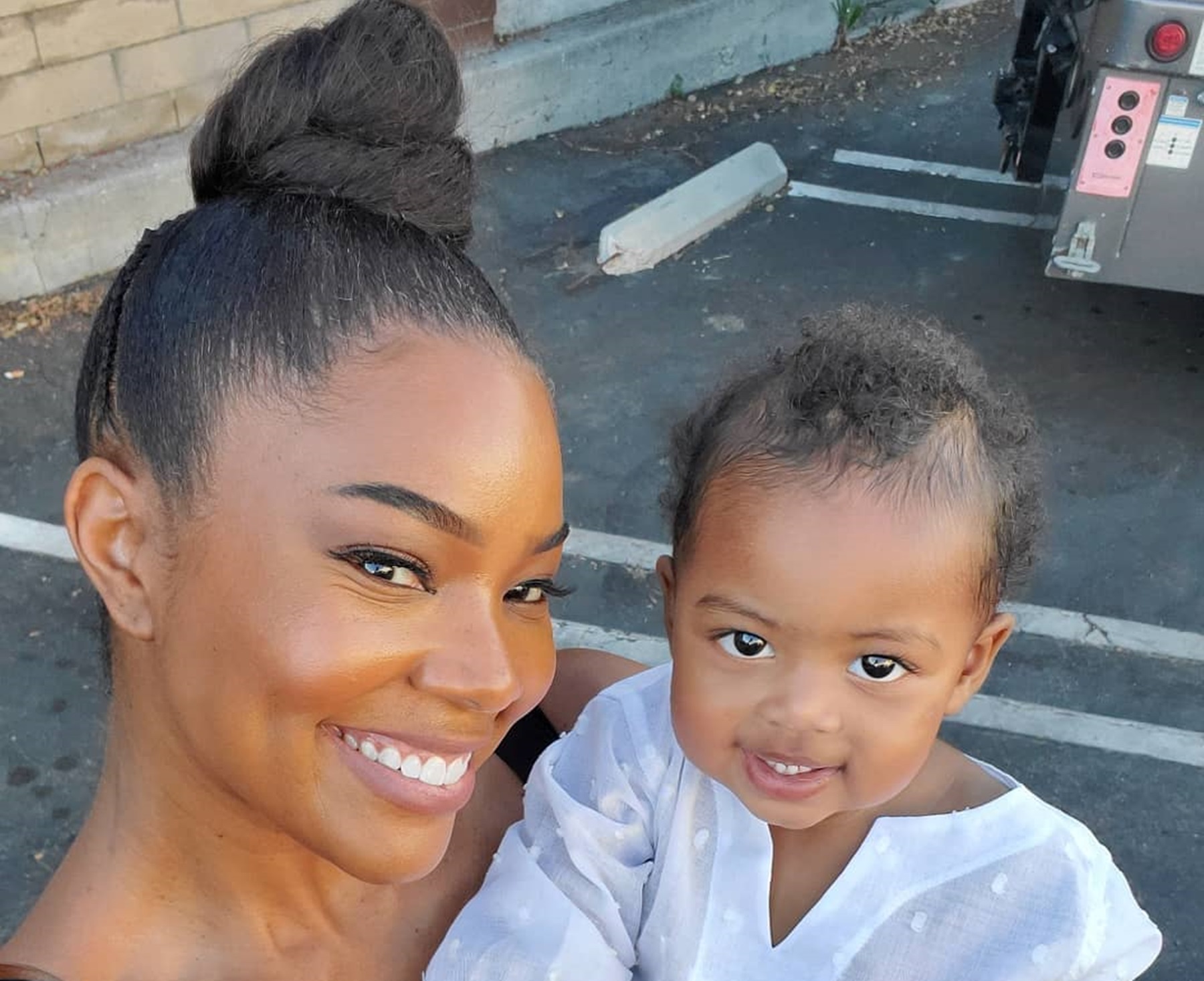 There is no competition, Gabrielle Union and her adorable baby daughter, Kaavia, won the cutest Halloween costume this year.

On Sunday, the former Being Mary Jane actress shared a series of sweet photos of herself and baby Kaavia wearing identical costumes inspired by Union’s classic 2000 cheer-leading movie, Bring It On.

How To Train Your Dragon? You. Can't.

In the photos, the pair could be seen laughing and making funny faces as they happily show off their green Clovers cheer-leading uniforms.

The mother-daughter duo completed the look with large gold bows and white sneakers.

Dwyane Wade’s wife also made fans laugh by posting a hilarious video where she is trying to do a cheer that was inspired by a famous scene from Bring It On, and Kaavia is not having it.

The duo received lots of praises for the outfit and many were baffled by the fact that 20 years later, Union appears not to have aged at all.

One person told the mother of one: “Go, Kaavia Go!! Yeah. Gabby she is adorable; she seems to know what to do in the pic. I smile etc. The time I look at her page.😀😀👏🏽👏🏽❤❤❤Okay, but can we talk about the fact that you look the same after almost 20 years later!!!”

Another commenter stated: “Why do you literally look the same?!? The magical melanin is something else. Oh, mama, you look so beautiful with your cub and proud it just warms my heart seeing y’all together.”

This follower said out lout what others were thinking: “Everyone else goes home, you all won 😩😍🙌🏾
Black really doesn’t crack. Gab, you look terrific.”

A fourth supporter shared: “All this post does is remind me that we are not giving her due props. Sis is not aging. Sis looks the same. Sis looks better if possible. Sis is still a whole Clover while I’m out here looking like a weeping willow. 😩😂”

Shirley made the rolls and rice, so that's what I'm eating. Y'all already know… You cant eat just anybody's (finish the sentence)

The America’s Got Talent judge, and Wade had their miracle baby via a surrogate, and the retired NBA star said this about the emotional process: “I didn’t want something to happen to her, and it was getting dangerous. She was trying so many things and methods. I had to step in and say, ‘Baby, it’s you and me. I want to grow old with you. I want our miracle baby, but I want you.’ Once we got to that point, and I think she heard me, we started to look at other possibilities to bring our baby into the world. That’s when we got introduced to surrogacy.”

Kaavia and her mom have a lot of fun together on social media.

Eminem’s Daughter Hailie Is Engaged? - Here's Why Fans Are Convinced!