The gymnast infuriated many people after she suggested that Raisman was to at fault after sex abuse accusations. But now, Gabby Douglas decided to apologize to her fellow Olympian.

Raisman opened up about the alleged sexual harassment she suffered at the hands of team medical specialist Larry Nasser.

The gymnast took to social media to highlight the idea that no matter what women wear, sexual abuse is not justified, and the victim should never be shamed for what happens to her.

Douglas tweeted Raisman’s quote but added: ‘It is our responsibility as women to dress modestly and be classy. Dressing in a provocative/sexual way entices the wrong crowd.’

As you can imagine, she soon came under fire because of her controversial statement.

Fellow gymnast Biles also slammed her, saying that even though she was shocked by what Douglas said she was not that surprised.

Overall, however, Biles expected more from her.

A few hours after Biles’ post, Douglas tweeted: ‘I did not correctly word my reply, and I’m deeply sorry for coming off like I do not stand alongside my teammates. Regardless of what you wear, abuse under any circumstance is never acceptable. I am WITH you. #metoo’

What do you think of the gymnast’s apology? 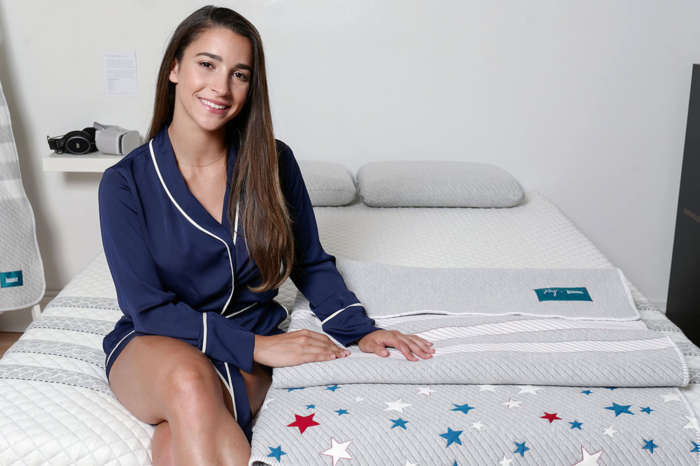