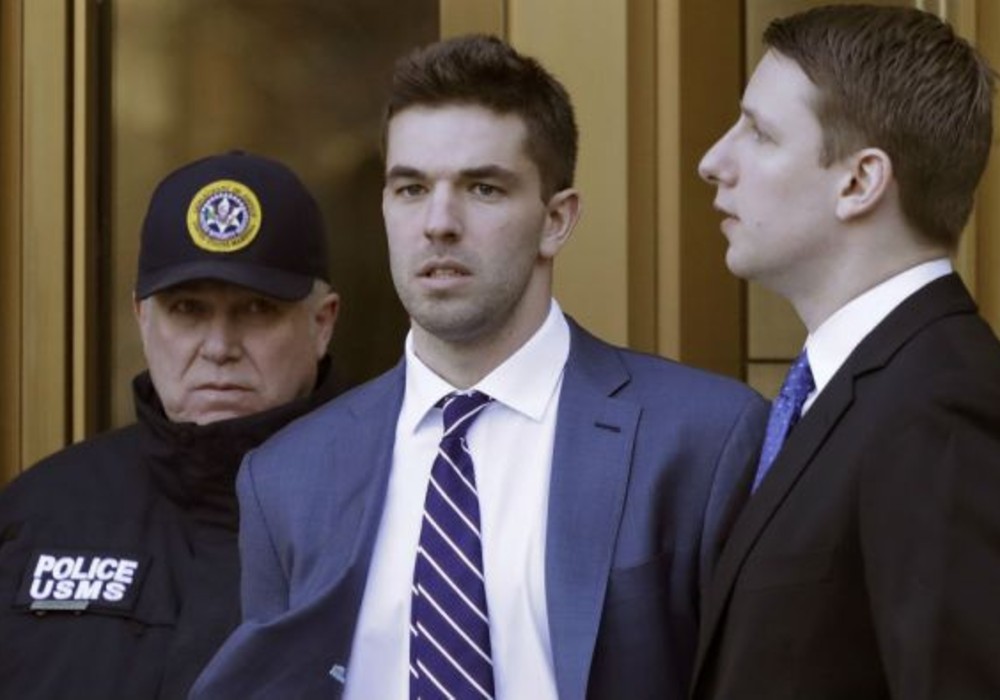 Fyre Festival founder and mastermind Billy McFarland is currently serving his six-year prison sentence at FCI Elkton in Lisbon, Ohio. But, amid the COVID-19 pandemic, the fraudster has requested an early release.

Less than two weeks after telling the New York Post that he “wasn’t worried” about the virus, McFarland’s legal team has petitioned New York Judge Naomi Reice Buchwald for an early release because his pre-existing medical conditions put him at risk for catching COVID-19, which is currently spreading throughout America’s prison system.

His lawyers claim Billy has 'pre-existing health issues' which put him at risk https://t.co/325z74qKGa

According to the documents obtained by The Hollywood Reporter, McFarland’s conditions include asthma, his diagnosis “on the extreme scale of the allergy spectrum for issues related to breathing and his cardiovascular system,” and heart problems that he claims to have had “since his early 20s.”

According to McFarland’s attorneys, at least 24 inmates and 14 members of the prison staff at FCI Elkton have tested positive for the novel coronavirus, and that number includes the warden and assistant warden.

His lawyers claim in the petition that McFarland is being housed in a large room with 140 inmates, and prison staff has already relocated at least 30 of those inmates who have gotten sick. The Columbus Dispatch has reported that six inmates from FCI Elkton have died from COVID-19.

McFarland is asking to be released from prison early because he is “not a risk to the community nor a threat to public safety.” His lawyers argued that McFarland will already be a candidate for release in 2021, and the crime he was convicted of was a nonviolent financial crime of wire fraud.

If it feels hard to stay home…you're bored, frustrated, anxious, etc. just be glad you're not at #fyrefestival

That was so much worse than this.

Watch the doc (again) and make yourself feel So. Much. Better. #QuarantineLife #QuarantineAndChill

The petition also states that McFarland is a low risk for recidivism of financial crimes because he has a family who can support him and provide his basic needs.

Billy McFarland is the subject of two documentaries that tell the tale of the disastrous 2017 Fyre Festival, one is on Netflix and the other is on Hulu. His fraudulent actions cost advertisers and fans thousands of dollars and resulted in his federal prison sentence.

Earlier this month, McFarland revealed that he was trying to launch a new project that would crowd-fund phone calls for “in-need inmates and their families who are affected by coronavirus.” Most inmates only make pennies per hour in their prison jobs, and the cost of prison phone calls can be extremely expensive.

Prince Harry Has Been Loving Quarantine Time With Baby Archie