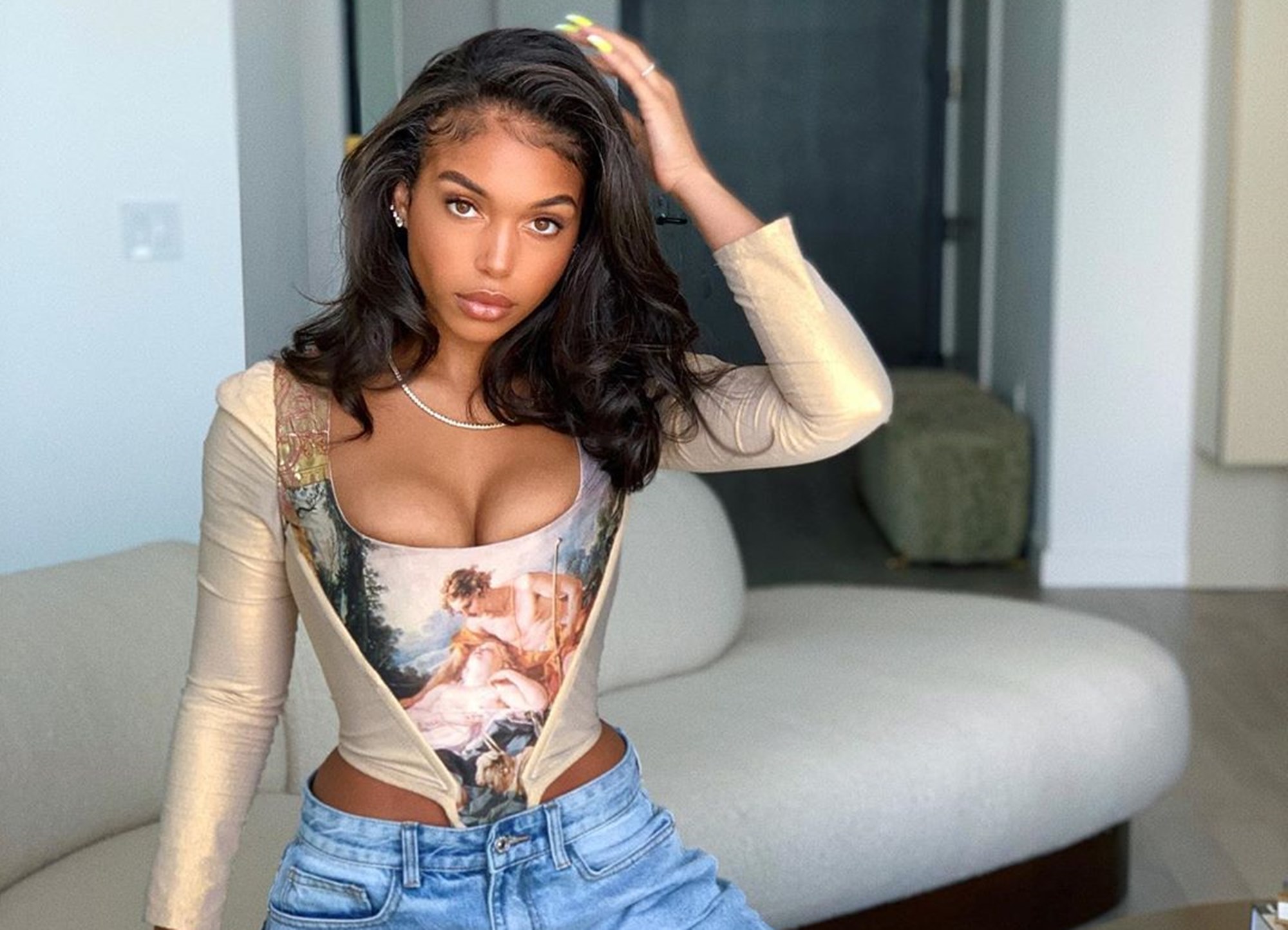 Lori Harvey continues to sizzle on social media, as the 23-year-old stepdaughter of Steve Harvey took to Instagram to flaunt her curvy figure on Saturday.

The aspiring model, whose presence has been constantly in the news lately due to her public relationship with rapper Future, shared three stunning pictures, in which she sported her latest fashionable outfit.

For the occasion, Harvey struck a pose to the camera, while dressed in a blue blazer from Balenciaga in combination with baggy boyfriend jeans and elegant black heels from Yves Saint Laurent.

However, Lori’s outfit was definitely a bold fashion statement, because, underneath her jacket, she wore only a revealing white bra.

The model kept her accessories to a minimum, and beside her hand watch, she wore a thin gold necklace and a diamond bracelet. Lori chose her hairstyle casual as her voluminous mane was held in a messy high bun.

It appears that the model’s fashion sense is correct because her post gathered almost 100,000 likes in less than an hour after its upload, and her numerous fans rushed to compliment her on her stunning looks.

The social media starlet addressed the ongoing rumors about her private life in a recent interview with Pretty Little Thing.

According to the trendy influencer, the constant media attention was definitely frustrating for her, but she had managed to develop a thick skin through it all.

Just touched down in the Bahamas 🇧🇸🌴@slsbahamar #Bond

Lori also stated that a lot of the things in the media about her were false because the clickbait was very real, and “there’s no confirmation, and they don’t care to fact check.”

She stated: “It’s definitely frustrating,” Harvey said. “I think I’ve developed tough skin through it all. If someone wants to think the worst of you, they’re going to think the worst of you no matter what you say. You can’t defend a lie. I think it’s a lot of things that are false about me in the media because clickbait is very real. I think that’s one thing the public doesn’t understand. I don’t think there’s an article you can find about me that doesn’t have “allegedly” or “rumored” in it. Because there’s no confirmation, and they don’t care to fact check.”

With all the attention she is receiving, Lorie can now define herself how she sees fit.