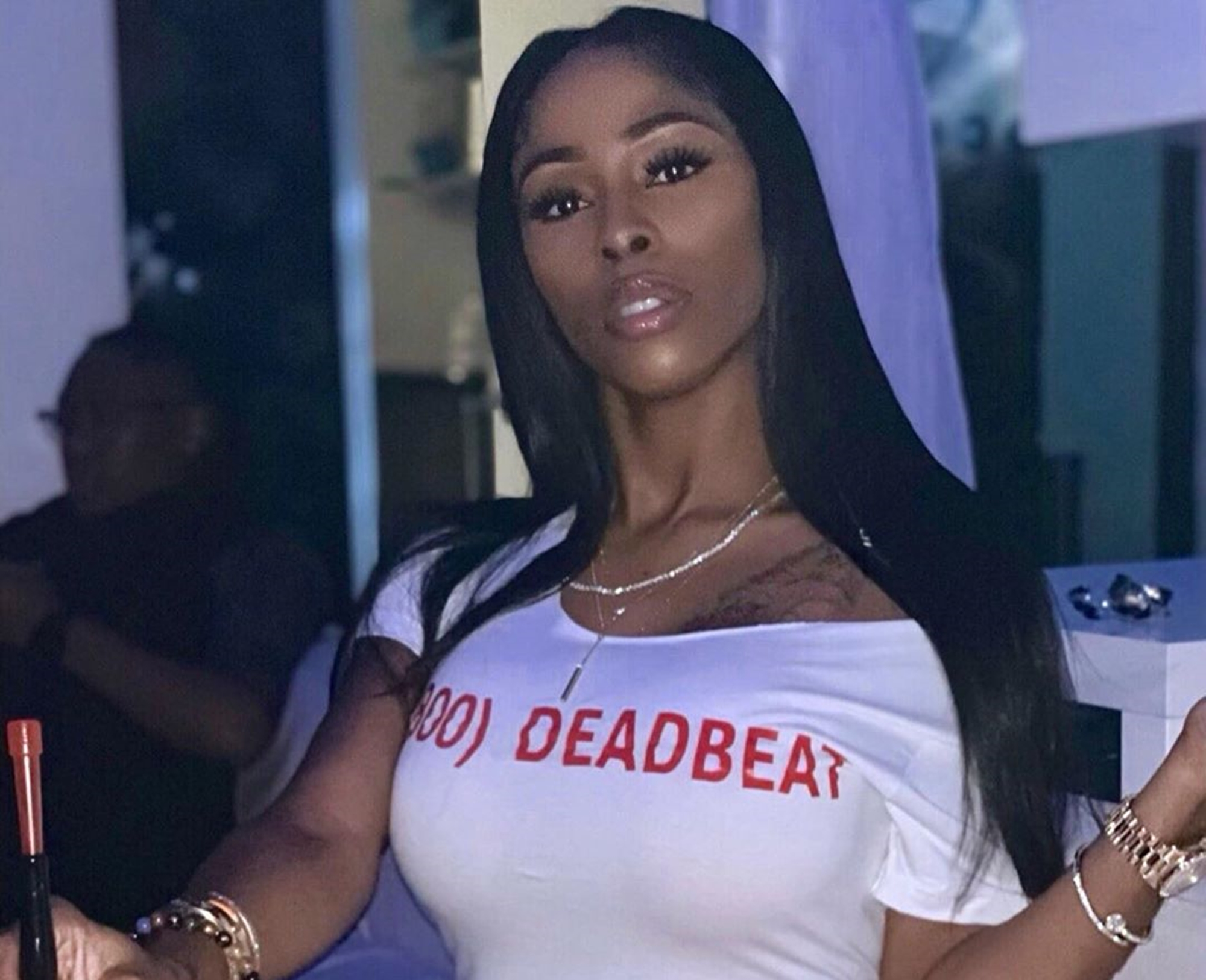 Rapper Future is getting dragged in court by several women who claim to be his baby mamas, including model Eliza Seraphin, known as Eliza Reign on social media.

Eliza is adamant that Future is the father of her baby daughter, Reign Wilburn, who is almost nine months old.

The MC has denied over and under that he impregnated Eliza and has refused to take a paternity test to clear up the matter.

Recently, Eliza took part in an interview with Rah Ali on her OnSite podcast, where she reached out to Future’s new girlfriend, Lori Harvey, and asked her to talk to him about being a better father to his numerous babies.

Make sure ya next move is your smartest one 😉 Hair provided by @beautyfactoryfl Glueless install by @__r.y.e Lashes @chrissy_lalay

Eliza said while she was never Future’s official girlfriend, she is disappointed by his behavior.

She stated: “It’s sad because you laid up with me for two-plus years, and you were raw dogging…but then you f–k around and do all that and say all that. Everything was fine. I’m telling you, everything was cool up until once I had the baby. Four months fast forward, he’s been on the run since. So at that point, he forced me to have to do what I have to do. My back was in a corner. No one heard anything from me, nothing from me from when Reign was born to four months when I filed for child support and paternity.”

Rah asked Eliza if the nights she spent with Future were excellent, and she shamed him by saying: “Do I tell the truth, or do I fabricate a little bit? Want me to tell the truth? You swear, girl? ‘Cause I ain’t got no filter. No. He’s lazy in bed. He’s a lazy f–k, but you’ve got to put it on him. You gotta f–k him. It’s good enough to get by.”

Make sure you’re happy in real life. Not just on the internet 😅 @pinkoceanyachts

She eventually spoke about seeing Lori and Future living their best lives in Jamaica: “I don’t care about that because, as I said, we were homies. He would give me advice on businesses and stuff. He was cool. Very charming. But it became a problem once I got pregnant and didn’t want to do what he wanted me to do. But as far as Lori, she’s a confirmed City Girl, and I approve. I’m very entertained! When I tell you I’m entertained, I’m entertained. She’s beautiful, and she’s definitely a bad b—h, and she comes from a good family. I just really hope that she can help him become a better father to his kids and his hidden kids.”

She continued with: “I don’t hate because he and I was never boyfriend and girlfriend, so people be like tagging me and at-ting me on Shaderoom talking about, ‘Eliza punching the air right now.’ I don’t give a damn. He happy; I’m happy. All I care about and all I’m worried about is take care of your responsibility,” she said. “Do what you’re supposed to do and stop dodging these court dates. And literally, I mean all the court dates. I’m not just talking about me, and I’m talking about whoever filed for child support, paternity. You’ll cancel a court date, and then next thing you know, you’re on an island somewhere. Come on now, tighten up.”

One fan had this reaction: “He’s using anything not to take responsibility. He’s the one with the mental issues.”

Another commenter claimed: “She needs to lay low because the next thing he’s going to do is try to take the baby that he refuses to claim away from her.”

This follower shared: “Dang taking the girl shopping and can’t support his kids. As soon as baby momma’s call him out, he is talking bout they crazy. Boy, take care of the babies first before spending ur money on females.”

This critic stated: “You are putting your d in 6 or 7 raw to get them pregnant. No telling how many others have avoided that. Forget kids, this man is so reckless with his health, and why would anyone want him.”

Future has these women busy in the media.