Former Real Housewives of Atlanta star Kenya Moore just celebrated her first Thanksgiving as a mom, and the 47-year-old shared the first full-length pic of her “miracle baby” during the holiday weekend.  Now fans are starting to notice a pattern with her Baby Daly posts, and many are wondering if she is strategically posting on social media every Sunday to steal attention from RHOA.

Celebrities flooded social media during the recent holiday to share what they were thankful for this year, and Moore joined in by writing a heartfelt post about her husband, Marc Daly, and their newborn daughter.  She also included a pic of herself wearing a nursing bra and holding her first baby, Brooklyn Doris.

“Thank God for my miracle baby, my husband and my life. When you have faith in Him all things are possible. Happy Thanksgiving from the Dalys,” wrote Moore.

According to People Magazine, Moore gave birth prematurely on November 4th via an emergency C-section, and baby Brooklyn weighed in at 5 pounds, 4 ounces. On Instagram, Moore revealed that she was incredibly weak, and during labor, she had lost a lot of blood.

Just one week before giving birth, Moore told fans that she had preeclampsia, a complication that resulted in her gaining 17 pounds in just one week because of “severe swelling and water retention, high blood pressure, and excess protein in urine.”

Trying out the popular weighted trend with my new @Therapedic lap mat! As a new mom, I value relaxation more than ever! When I slide under this lap mat I instantly feel a gentle hug that calms me down. You can shop all of @therapedic’s weighted products at @bedbathandbeyond now… PS: They make great gifts! #therapedicweighted #ad #holidaygifts

Despite the preeclampsia, both mom and baby are healthy and doing fine just weeks after delivery.

Fans have noticed that ever since baby Brooklyn arrived, Moore has been posting updates about the newborn on Sundays, the same day that new episodes of Real Housewives of Atlanta air on Bravo. Nene Leakes has accused Moore of making “calculations” with these posts, but Moore’s fans are jumping to her defense.

It all started on Sunday, November 4th – the day Brooklyn was born – when Moore shared a pic of her husband in the delivery room while doctors were performing the emergency C-section.

On November 18th, Moore made her third Sunday post in a row with pics relating to baby Brooklyn, and both fans and Leakes noticed. One fan asked if we were going to get a “#keepingupwithKenya” post every Sunday, while another called Moore’s posts “clockwork.”

It didn’t stop there. One follower called Moore the “most thirsty Trap Queen,” and another said that it was “crazy” for Moore to only post on Sundays.

The housewives of Atlanta is boring without Kenya Moore. I hope they bring her back on.

Some fans did come to Moore’s defense. One wrote that they loved what Moore was doing, and she should post whenever she wants. While another predicted that Kenya Moore would show the baby’s face for the first time during this season’s RHOA reunion, and, even though that would be “so shady,” they are ready for it. 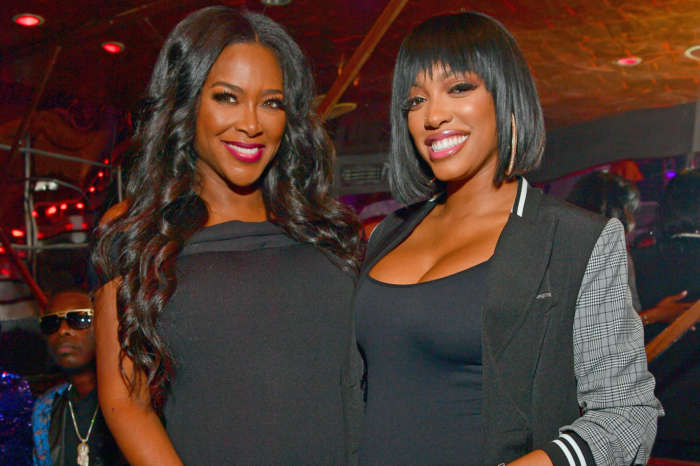 I’m happy she move on in her life

Kenya posting a photo shouldn’t take away for rhoa ratings if anything it shows that now that she’s a new mom with better things to do she’s still petty and obsessed with a tv show that fired her.