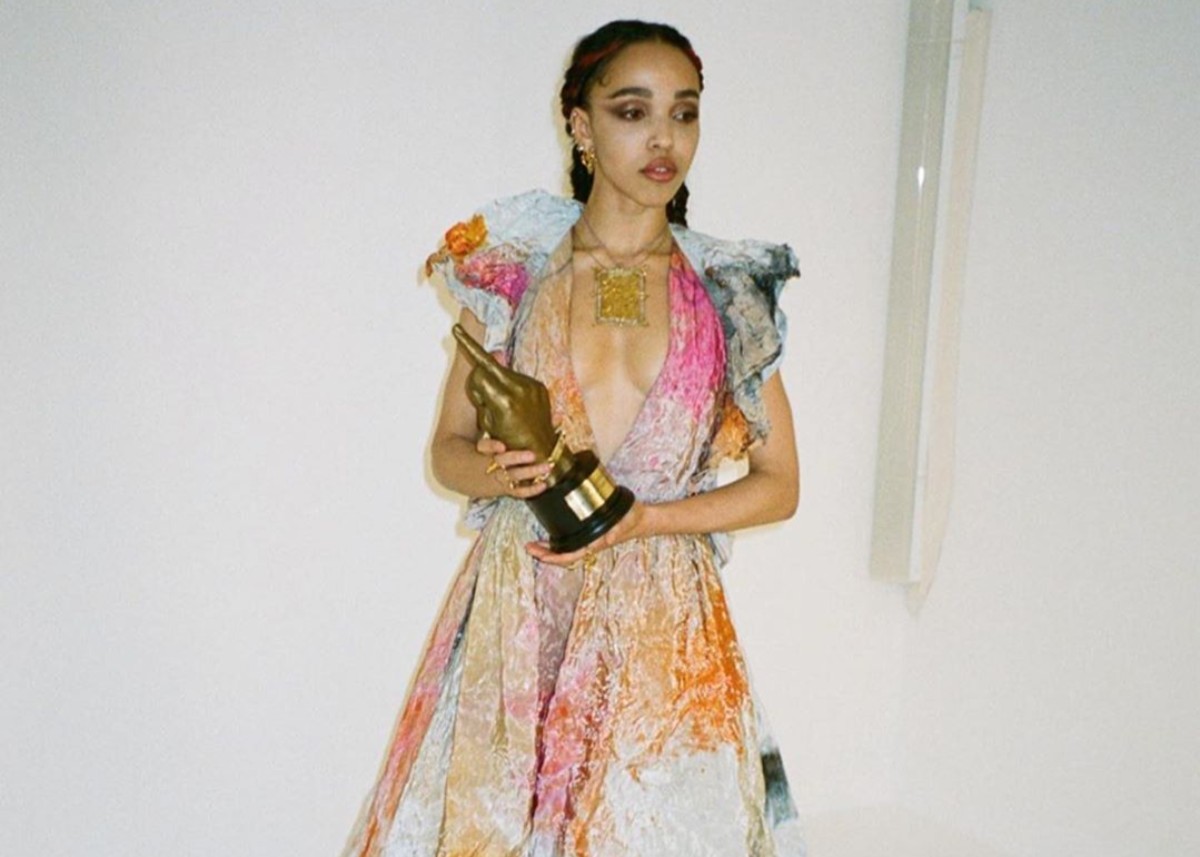 FKA Twigs won the best British solo act at the NME awards and wore Roksanda to the event. The long maxi dress is from Roksanda’s Spring/Summer 2020 collection and the dress looks like a piece of art in motion. With a plunging neckline and a full skirt, the dress features colors that look as if someone applied various watercolors to a canvas. Celebrity stylist Matthew Josephs is responsible for FKA’s winning look and she glowed as she accepted her award. The dress features large swatches of different blocks of color with shades of pink, orange, black, gray, and white. The colors look like watercolors that are bleeding into each other and the wrinkled fabric adds to the dress’s unique appearance making it a perfect choice for FKA.

Daniel Sallstrom did FKA’s makeup for the event and she looked stunning. Keeping the colors natural, FKA wore shades of light brown on her eyes and a light, glossy rose for her lips. A light contouring accentuated FKA’s face and her eyebrows were perfectly arched.

She wore jewelry by Joanne Burke with a stately, oversized necklace with a large, rectangular gold necklace. FKA Twigs shared photos from the event with her 1.6 million Instagram followers.

best british solo act. wow thank you so much @nmemagazine and thank you to everyone who continues to support what i do, means all the world x

Fans have always loved FKA Twigs’ original and unique style and she did not disappoint. The Roksanda dress was very feminine and the full, maxi skirt had a look as if she had just stepped off of a prairie. Rio Sreedharan did FKA Twigs’ hair that was pulled back away from her face in stylish twists. She had red streaks in her hair and showed off her numerous ear jewelry.

FKA Twigs didn’t just attend the awards show to pick up her statue, but she also performed. You may see a video where FKA Twigs is wearing her Roksanda dress while performing her hit song “Cellophane” in the video player below.

The news that FKA Twigs won an NME award comes after her breakup with Robert Pattinson and the news that she is now dating 1975 frontman Matty Healy.

Are you a fan of FKA Twigs? What did you think of her live performance?

Robert Pattinson Reacts To The News That His Ex, FKA Twigs Is Dating Shia LaBeouf 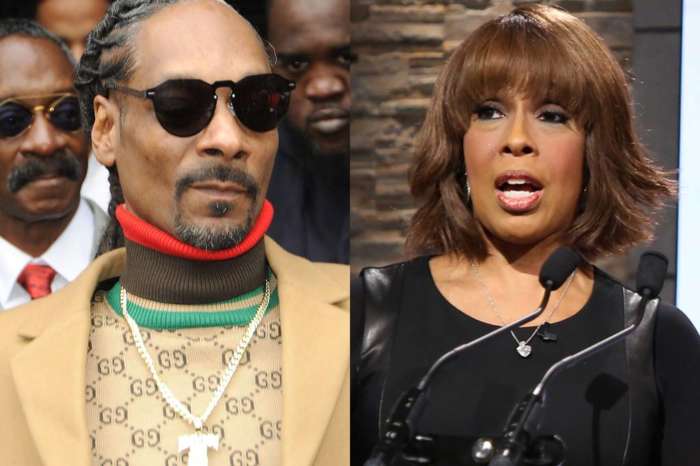 Gayle King Responds To Snoop Dogg's Apology - Here's What She Had To Say!