Talk about desperate. After Bravo decided to fire Kenya Moore from the Real Housewives of Atlanta, the reality star reportedly paid a private camera crew to keep documenting her life. Moore hopes the footage will somehow win back the network and open the door for a big comeback on her own reality show. But there is more than one major hiccup in Moore’s grand plan.

Producers ultimately decided to part ways with Moore because she did not tell them about her secret wedding last season. With Moore unwilling to play ball, Bravo concluded that firing her was the best option.

What they didn’t account for, however, is how desperate Moore would get to stay in the limelight.

This past week, the former RHOA star posed with a few of her old co-stars and shared the photos on social media. Inside sources told Radar Online that this was a blatant attempt by Moore to prove she still has connections with the RHOA cast. Unfortunately for Moore, nobody at the network was paying attention.

Moore also hoped that her pregnancy would be enough to land her a spot on a show, even if it was with another network. The only problem with that idea is that Moore signed a contract with Bravo that says she must stay off other shows for one year after leaving RHOA.

Even if another network wanted to hire her, she would not be able to film until 2019. That pretty much spoils Moore’s leverage with the pregnancy. The only way around it is if Bravo gives her special permission, which is not going to happen.

My boo boo kitty and me @cynthiabailey10 ❤️ #guhhatl #wetv

So, what did Moore do instead?

“Kenya hired a camera crew to follow her around to film a sizzle reel,” the insider dished, adding that she has become “desperate” to return to television.

Kenya Moore is promising fans that she will be back on TV, though no network has made any announcements about her starring in another reality show. 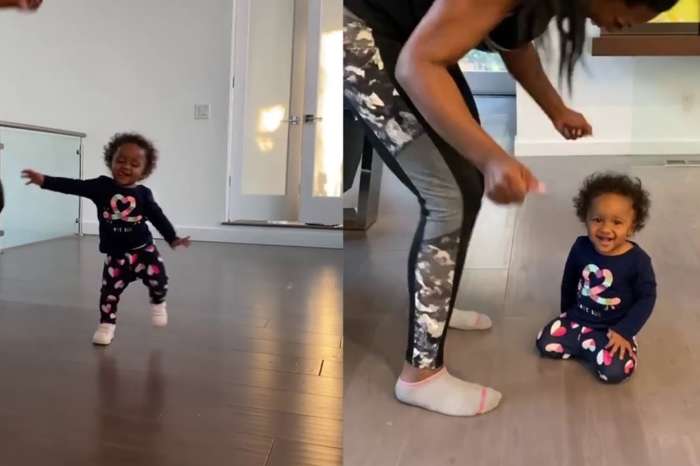