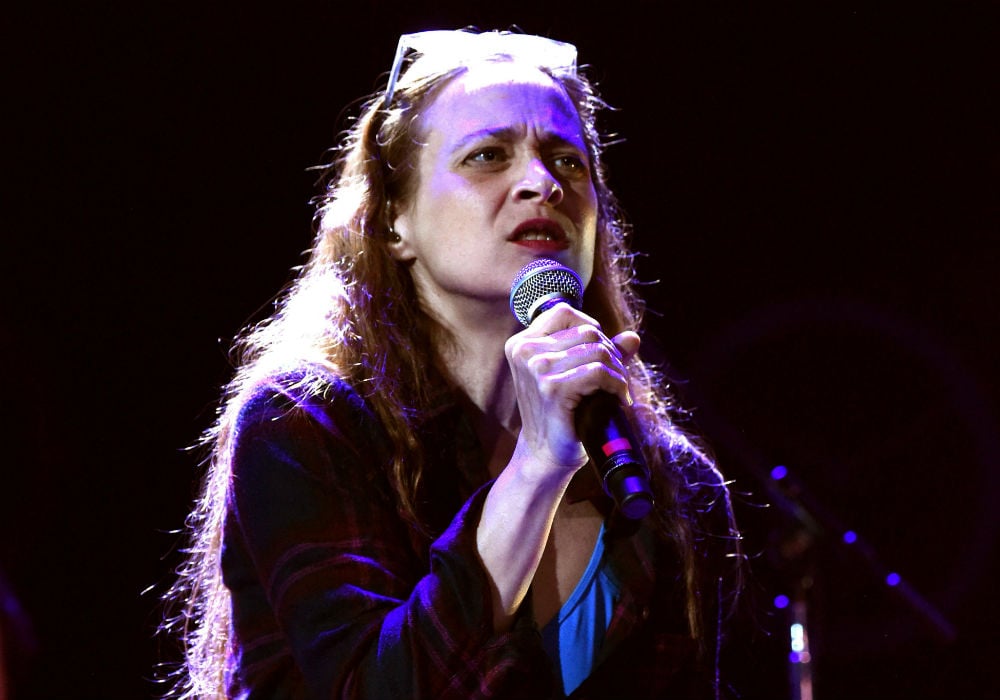 Fiona Apple is preparing to drop her first album in eight years, and she recently opened up about her career, her drug use, her past relationships, and her reclusive lifestyle that keeps her secluded in her home in Venice Beach, California.

In a lengthy profile in The New Yorker, Apple – whose real name is Fiona Apple McAfee-Maggart – revealed that she quit using cocaine in the late 1990s after “one excruciating night” at Once Upon A Time…In Hollywood director Quentin Tarintino’s house.

Fiona Apple discusses her creative process, the O.C.D. rituals she developed as a child, and being perceived as “the patron saint of mental illness, instead of as someone who creates things.”

At the time, Apple was dating Boogie Nights director Paul Thomas Anderson, and she says that one evening both Tarantino and Anderson forced her to listen to them both “brag” about their numerous achievements.

“Every addict should just get locked in a private movie theatre with Q.T. and P.T.A. on coke, and they’ll never want to do it again,” joked Apple.

The singer, who is now 42 years old, dated Anderson from November 1997 to June 2000, and she now admits that the relationship was “painful and chaotic.” Apple claims that Anderson was “coldly critical,” and she also described him as having a bad temper.

Apple told the magazine about the evening of the 1998 Academy Awards, when she says that Anderson threw a chair across the room. The Criminal singer says that she remembers thinking to herself: “F*ck this, this is not a good relationship.” She says that she immediately left to go to her dad’s house, but she eventually went back to Anderson.

#FionaApple doesn't consider herself an "addict", she says that one excruciating night with #QuentinTarrantino made her quit using cocaine and drinking forever.
Read more about the "Criminal" singer's "painful and chaotic" experience here: https://t.co/rlyB07Ae60 #SoberCeleb pic.twitter.com/feah7sKRQl

Apple also accuses Anderson of whispering mean words into her ears when they were at social events, but at the same time he would appear to everyone else as being completely normal. She made it clear that the director was never physically violent, but she wanted to end the “nostalgia” fans have for the relationship. Anderson refused to comment for the story.

Apple made a splash on the music scene in 1996 at the age of 17 with her debut album Tidal that featured the song Criminal, which earned Apple a Grammy for Best Female Rock Vocal Performance. She released her second album When the Pawn… in 1999, Extraordinary Machine in 2005, and The Idler Wheel in 2012.

As for her new album – which is titled Fetch the Bolt Cutters – Apple says that the name is a reference to the British police procedural The Fall, starring Gillian Anderson. In the series, Anderson’s character Stella Gibson utters the phrase when she finds a lock on a door that has a tortured young girl behind it.

Fiona Apple has not yet revealed the release date of her new album.