Fans Theorize That Ariana Grande Is Pregnant With Mac Miller’s Baby – Are They Right?

Fans have been spreading rumors that Ariana Grande is expecting her first child! According to the speculations, the superstar’s baby daddy is none other than her boyfriend, Mac Miller.

It looks like this new rumor started mainly because the singer has been MIA on social media for quite some time now.

So where has Ariana been lately? That is what the internet is dying to know!

To be fair, she did announce her fans that there is some new music in the making on March 2 so she hasn’t completely been away from social media since New Year’s Eve.

But even though she posted a pic that featured her team during a listening session, the fact that she was not in the photo as well, got people theorizing that she is hiding something!

And what are female stars known for wanting to conceal? – Baby bumps!

Nevertheless, some fans believe she is pulling a Kylie Jenner.

But are they right? – Of course not!

‘Ariana’s break from social media hasn’t been because she’s hiding a pregnancy with her boyfriend [Mac Miller] the way Kylie did. She just wants a healthy break from social media. When her new album and tour are ready to be announced, she’ll return with regular updates on her Twitter and Instagram,’ one source explained.

In fact, her break from the spotlight has also been influenced by the shocking Manchester concert bombing that she is still trying to emotionally recover from.

‘The incident [which killed 22 and injured many more] has been difficult for her to overcome,’ the insider said. 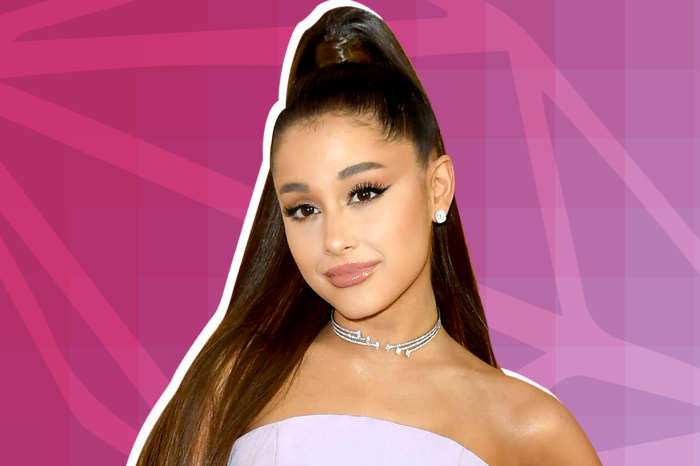