Had the two eloped?  Fans were convinced after their tweets that totally seemed like clues. Stevie J and Faith Evans tweeted at one another in a manner that many social media users thought it’s reserved for married couples.

Whirlwind engagements have become a bit of a trend in Hollywood lately but did Faith and Stevie go even further and secretly and unexpectedly get married?

‘I love you Faith Renee Jordan,’ Stevie tweeted at his significant other very early this morning.

About two hours later, Faith replied: ‘I love you back Steven Aaron Jordan.’

Yes, he called her by his last name! After hours of Twitter and news outlets buzzing about the rumor, it was finally confirmed!

MTO was the first to reports that the two got married in Las Vegas with only a few close friends and family members in attendance.

Many fans were shocked by the surprise wedding, but many also showed their full support.

The thing is, Stevie is known for being a bit of a ‘serial hook-upper’ so people were glad she managed to ‘keep him in line.’

The two met in the ‘90s when she was still married to Biggie.

After his death, it was rumored that two dated which she confirmed last year during an interview with Essence.

She apparently kept him in the friend zone for a long time but ‘I don’t know what made me even finally say okay, but he convinced me, I ain’t even gonna lie. You know, I’m like, ‘you know I am not about all the craziness. If I am going to be in a relationship, it has gotta be a serious one.’ And I think for a few months he definitely went through all the convincing while not getting a real response. … He really convinced me he really wanted to be in a relationship and convinced me there was no one else in his life.’

The romance ended when she realized he was not entirely committed but now that they’re married, it looks like he might have changed and knew how to prove it  – with a ring! Congratulations! 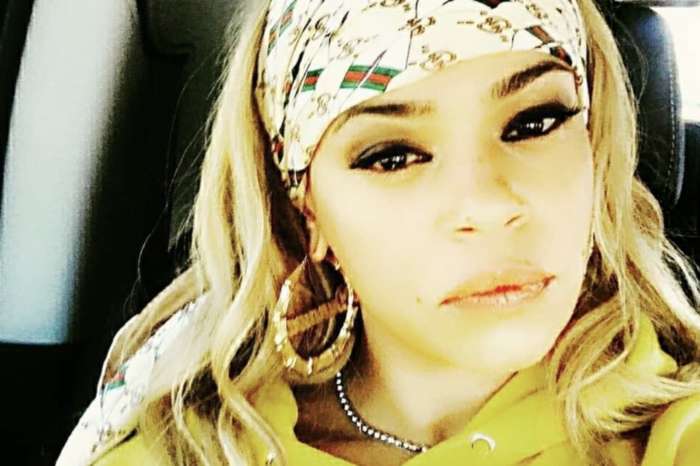 Miranda Lambert Gives Her Married BF Evan Felker A Serious Ultimatum! Your Ex Or Your Career