Ewan McGregor Reunited With His Ex-Wife & Their Daughter, After His Mistress Reportedly Left Him

It looks like Ewan McGregor may be getting a second chance after all from his ex. The actor reunited with Eve Mavarakis this Sunday, February 25 and they were spotted on a family outing in Los Angeles.

Their daughter Anouk was there as well. This outing comes right after Ewan’s mistress, his co-star,

Mary Elizabeth Winstead reportedly left him just after she was labeled as a home wrecker.

It seems that she could not stand the label of ‘home-wrecker’ and dating him was not worth the stigma attached to it.

They broke up seven months after they were caught kissing.

Before he started his romance with her, Ewan was a happily married man for 22 years.

During the outing, Ewan spent some time with his daughter and he was seen teaching her how to ride a bike.

There are a few pics of him and his little girl that surfaced online.

We can’t tell you for sure whether he and his ex-wife will get back together or not, but the fact that they were spotted on this outing is definitely a good sign.

Last month, Ewan filed for divorce from his wife with whom he shares four daughters.

He stayed quiet about the split, but his family did open up.

‘It is disappointing and upsetting, but my main concern’s our four children are OK,’ Eve said in January.

Their daughter Esther also expressed her disapproval through a song that she named ‘Made You A Man.’

‘I don’t know how to forgive. I don’t know if I can. Ruining me sure made you a man./Seeing those pictures, they’re making me cry… Happy Birthday to me, am I right.’ 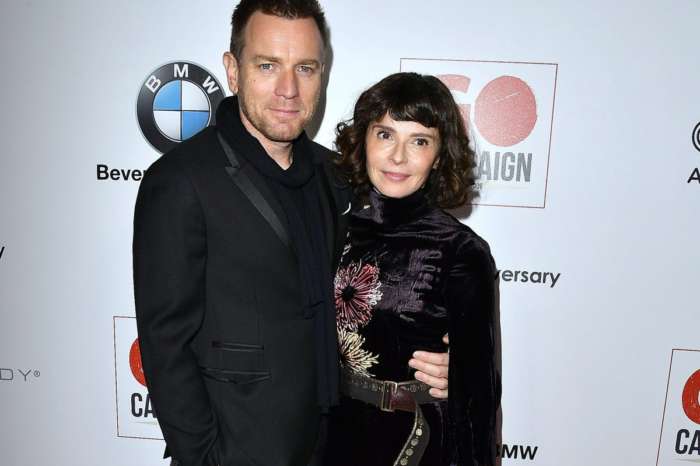 The Pics Online Frenzy Continues: This Time, It's Kendall Jenner Who Posts Photos On Social Media, But Fans Only Have Eyes For Her 'Weird' Feet - Take A Look

This is not going to last.